Call it the “Butler Way” or just the right way, Brad Stevens gets it.The 33-year-old former three time Academic All-America nominee at DIII DePauw University, turned entry level employee at Eli Lilly, turned national championship game coach at Butler University has lead a team that captivated much of the nation as the Horizon League representative that made it’s way to the Final Four in it’s home city to take on Duke for the championship in the greatest sporting event that this country produces.Stevens has been cool, calm and steady throughout, with a maturity far exceeding his youthful look. When he passed Lenny Wilkens as the NBA’s all-time wins leader, Warriors’ head coach said that studying Wilkens had taught him not to get too emotional about a game, that the best approach is to be calm and never get too high or too low. That’s part of “it” and Don Nelson didn’t figure “it” out until he was late into his 40s (at the earliest). Brad Stevens has “it” already. And he’ll likely keep “it” going at Butler for a long time after signing an extension with the school through the 2021-22 college basketball season. Brad Stevens joined Dan Dakich on 1070 the Fan in Indianapolis to talk about staying with Butler, talking to other schools, the championship game, and talking to the President. 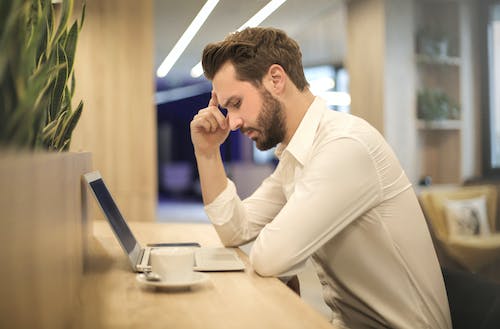 On deciding to stay with Butler:

“At the end of the day, I am really fortunate to be in a place where we have every person in the building is on the same page and wants to all move in the same direction. Butler is a great place. The history of Butler and the tradition of Butler and everything like that are certainly easy things to sell, but it’s the people that separate it. I’ve got great people that I work for. We have great players in our locker room that, to be quite honest, I just like being around. I’ve sat quite a bit in many of those meetings with recruits and said, ‘Hey, you make a decision based on fluff now, but at the end of your life, it’s about people you are around.’ So I tried to heed my own advice.”

On conversations with other schools pursuing him:

“It was nothing that I initiated. Certainly, my heart was set on trying to stay here. One other thing Dan, is that I went right to work on Tuesday. All I’m thinking about are off-season meetings and going now and recruiting and getting in the car and logging more miles and those type of things. As you know, and you know well, this coaching carousel is a fun thing to talk about about, but when it hits you, like when you went to West Virginia, it’s your family moving, it’s assistants lives, it’s just a different scenario and I have a wonderful thing here. Like I told our guys, 99% of what you read was speculated. I’m here. I’m looking forward to it. I’m just glad that none of these guys have told me I’m bolting because I am coming back.”

On his calm demeanor:

“Certainly people have said, ‘You look calm out there.’ If I had a golf club in my hands, I probably would have thrown it a couple times. I’m still hurting from it. I’m not sure when you lose on that stage, if that will ever change. I’m hoping I come to grips with it. I said this in the press conference and I really believe this coach, the old line that what you get in the end is not as important as what you become through the journey. Every time our team took the floor in 2010, I was at peace with the result we were going to get because our guys cared more than any group of people that I had ever been around. We weren’t always perfect. We turned the ball over. We didn’t rebound – whatever the case may be. But it wasn’t because they didn’t care. When you are with a group that really cares, the results always matter and I am pretty competitive because I don’t think you cannot be in this business, but I’m also at peace with the effort that we gave.”

On what he was thinking as Gordon Hayward took the final shot of the championship game:

“I’ll tell you what I was thinking. I was thinking,’This is the end of the story.’ That’s exactly what I was thinking too and I can’t believe our minds had time to think that. After watching that again, it looked good. It felt good. What he has done for Butler and what his teammates have done from Butler have been unbelievable. And Coach, I cannot begin to tell you how many emails we have got from all over the world. I’m still at 200 in my Inbox and I bet I have responded to 500 of them. It’s just unbelievable in a losing effort, how much everyone appreciated that in this day and age when it’s all about whether you won or lost.”

On Hayward’s upcoming decision on whether or not to declare for the NBA Draft:

“I just sat down with him right now. He is decompressing after the season as he should. There is nothing definitive by any means. I just told him, ‘Hey, I’ll support you whatever you decide.’ I said this today and I strongly believe this, ‘I am not going to play the role of salesman.’ You don’t do that with people you really care about and spent a lot of time together. Whatever he decides, I’ll support. He’s been terrific for Butler for two years, if that extends, he’ll be terrific continued. If he moves on, he’ll be a terrific representative for us.”

And on talking to the President:

“He called Coach Krzyzewski and Duke right before us. He just said when he called, he made a point of saying that it wasn’t a game where there were losers on the court. He wanted to make sure that he extended his best to us. He talked about how Butler had captivated a sports nation – all those things that you hear from a lot of people and is just as flattering everytime you hear it, but when you hear it from the President of the United States, it knocks you off your socks a little bit.”