Brad Stevens Believes Butler Isn’t Done Just Yet: “I don’t have anything but Michigan State on my mind and I’m just happy to still be preparing against somebody.”
by Michael Bean

As Gus Johnson once famously said, ‘the slipper still fits!’ The Butler Bulldogs have completed their march through the West Region of this year’s NCAA Tournament to earn a berth in the Final Four after narrowly defeating a rugged Kansas State team on Saturday that looked to be a bit fatigued from their double overtime thriller over Xavier on Thursday night. Make no mistake about it though, Butler deserved to win. They made the big and the small plays on both ends of the court against not only Kansas State, but the previous three opponents they knocked off in route to the Final Four. Butler now heads back home to their hometown of Indianapolis for the game’s biggest stage. They’ll take their 24 game winning streak up against Tom Izzo’s Michigan State squad next Saturday evening.Butler head coach Brad Stevens, at the ripe old age of 33, joined 1070 The Fan in Indianapolis with Dan Dakich to talk about the fun that he and his team are having during this year’s tournament, how he quickly forgets about what they’ve accomplished after thinking about what kind of challenge Michigan State will present them in the Final Four, how his team continues to impress him with the way they handle adversity, how much respect he has for Tom Izzo and the success he’s had with the MSU program, and how his team is not yet content with what they’ve accomplished as they try to cut down the nets next weekend in Indianapolis. 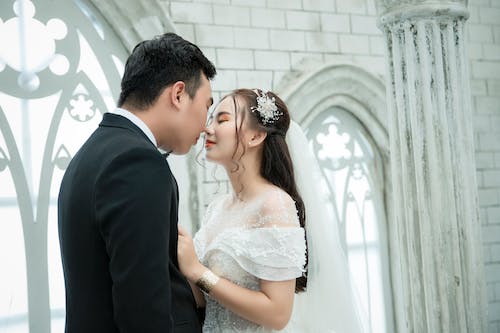 On if he’s having any fun during this magical ride to the Final Four:

“Dan, you know what? You’re having fun then you start thinking about Michigan State and you say no, not really having any fun anymore. No, yeah, we’re enjoying it. The buzz around campus is unbelievable. I tried to sneak in the back today after watching some tape at home and I walk in the back door and the line is five deep all the way around the fieldhouse.  As you know, I apologized by email to a couple of people that walked by because as you know, all I’m thinking about is down screens and block outs. I got nothing else on my mind, I got done with my tickets yesterday. I don’t have anything but Michigan State on my mind and I’m just happy to still be preparing against somebody.”

On what goes into preparing for playing in the Final Four in their hometown of Indianapolis:

“Well I think we were all winging it on Saturday. We can act like we know what we’re talking about, but none of us really did. So to be honest with you, I called Thad [Matta] to ask him what he’s done, what they did a couple of years ago when they went, and how to manage all of those things. And the next idea or thing we had to figure out is whether we’re going to stay on campus on Thursday and Friday. We have so much that we have to be at on Thursday and Friday that we’ll at least have our hotel rooms downtown. Then we’re going to be shuttling buses back and forth to get guys to class. So it should be lots of fun in that regard and a little bit unique. But we’re just trying to maintain now as normal as possible. Monday and Tuesday and Wednesday are going to be very normal. We’re going to have media day like we always do on Tuesday for our guys. Other than that, Monday and Wednesday they’re in class, they’re in practice, in film, and they’re just being normal student athletes.”

On the gritty nature of his Butler team on both ends of the floor:

“You know what? Then you talk about how crazy I am and any other coach is – you know, in the Murray State game, I looked at Ron [Nored] after he let one guy make one 3, and I looked at our staff and was like is there anybody he can guard? And then I think, you’re right, he’s probably ran 10 miles off screens in the past four games. He is unbelievable and I think everybody now, now that he’s getting lots of attention, that’s really nice for him. But anybody that’s watched us for a long time, and I remember you telling me after the Davidson game, some of the plays he made, he was on the floor and took it from a guy. He has unique ability on that end of the floor. And I think with he and Willie and with everybody else too – because you talked about Gordon (Hayward) too, because I think Gordon’s post defense is one of his most undervalued traits, he’s outstanding guarding the post. But those guys, they take pride in that, and I think it’s because…and I got an email from a coach and he said how do you guys rebound like that? And it’s because winning is the most important thing. They’re not playing to score, they’re not playing to get on SportsCenter, they’re playing to win. And if you do that, then on most possessions, then you’re going to try to do the right thing. Now, we’re no different than anybody else that’s still around. Michigan State is unbelievable in that regard. And I think it’s one of the most remarkable programs that I’ve now had a chance to analyze. Pretty neat stuff.”

On what Michigan State does well that Butler needs to prepare for:

“I think defensively – and you can probably tell me more than I can tell you because you’ve scouted them more and longer than I have in 24 hours – but I think it’s very easy to become consumed with all their sets, because they might be the best set team in the country, and they may score of their sets more than any team in the country. And then right when you do that, they get an offensive rebound on you or they get a run out on you and dunk it and are on a 10-0 run because of the little things. So that puts a lot of pressure on you in that way, and being prepared in every which way. And then defensively they’re just outstanding, and I think it goes back to individual talent, but system and belief in a system and a culture that this is the way to do it, this is the way to win. And if you don’t believe it, we’ve been to seven Final Fours in 12 years so you better buy in.”

On not being content just yet with what they’ve accomplished:

“Well, at the beginning of last year, I sat in the locker room and told our guys when we had our first team meeting, everybody’s going to predict us to finish low in the league, and I expect to compete for championships, and I expect to go to the NCAA Tournament. And I felt like when we got there, maybe we felt like we had arrived. So this year I told our staff, whether we think we can do it this year or not, we’ve got to get to the point where everybody thinks we can win this thing. So we just said that’s what we’re going to prepare to do. We’re going to try to win the whole thing. I don’t know if everybody was laughing at me or whatever the case may be. But the way I think about it is this – I’ve been at Butler ten years and there hasn’t been one time where I’ve gone into a game and thought we didn’t have a chance to win. So if you feel that way, why can’t you go out and try to compete? If you can put a special run together, then you can, and thus far they’ve done that. But we’ve still got a long way to go to do that. We’ve got to play 40 minutes in a 15 round fight against an unbelievable Michigan State team and program – and it’s even bigger than a team, it’s a program. And whoever wins that game will certainly have their hands full with the next one.”