Brad Richards on eliminating head hits: “If you sat down in a locker room today you’d be getting the majority of the vote.”

The topic du jour in the NHL is head hits — namely, how far the league should go towards legislating them out of the game. One small problem: they are part of the game. Even though everybody acknowledges that reality, most still believe the NHL should be proactive. Count Brad Richards in that camp. After Sidney Crosby recently spoke out against head hits, Richards, like countless others, are weighing in on the subject. As Richards explains to The Fan 590 in Toronto, the NHL has an important but difficult task of cracking down on head hunters while not eliminating fighting and the physicality of the game completely.The newly signed Rangers center does not want to eliminate fighting completely from the game of hockey because he has a lot of teammates who make their living off being bruisers. Richards contends that the toughest part of this dilemma is finding a delicate balance of reducing hard hits to the head, but also allowing the hard checking to still exist. This is what makes the whole issue of concussions in hockey so difficult. Richards can speak from experience having endured a concussion last season that he felt could have ended his year, but he was fortunate enough to have symptoms subside quickly. 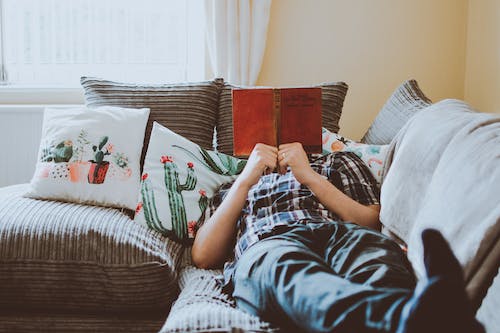 Brad Richards joined The Fan 590 in Toronto with Bob McCown to discuss how the majority of NHL players would be in favor of getting rid of head hits, if he has any new and novel ideas about how to reduce them, being alarmed that the NHLPA hasn’t taken a more involved and direct stance in helping fight against unnecessary and dangerous head hitting in the NHL, his own personal experience dealing with concussion symptoms, and if he was a different player once he returned from a major concussion.

Is it an accurate depiction that your feeling on head hits and concussions in hockey is that half the league wants to get rid of head hits and the other half needs to get on board?

“Yeah. I don’t know exactly half, but if you sat down in a locker room today you’d be well on your way to getting the majority of the vote of something needing to get done. Not only did we have the best player in the game out for the last year, but it’s happening way too often. There’s other issues along with it like post-concussion stuff, so it’s a real issue. I don’t think anyone is dragging their feet. I think it is well on the radar. We just all wish there was one silver bullet answer where we could just say let’s do this and it’s all going to work. Obviously it’s not as easy as saying that.”

Do you have an idea on what the NHL could do to reduce head hits?

“It’s not that simple. I agree 100% with Sidney [Crosby] when he talks about head shots because if you look at the game of hockey, obviously with the media and the replays, the next day you just see head hits that happen. If you look at the hits that go on during a game there might be one or two head shots compared to how many hits in a game. Maybe 50,60, 70 hits. People will be asking should there be fighting then to take away head shots? If someone is not looking and gets an elbow across the face that is not engaging in that. If you are in a fight you are engaging in it. If you really don’t want to be in a fight I can attest for that. You don’t have to fight. There are ways around that. I know the word ‘coward’ or ‘chicken’ comes out, but I think everyone is beyond that. I don’t think many NHLers believe that anybody is a chicken in the locker room if they don’t fight. That’s looking at a guy for the majority eye-to-eye and getting into a fight, a blind side hit or an elbow and having your head smacked against the glass when you are not looking that’s a little different. You don’t really have a way to stop that if you are the guy getting hit.”

Is it difficult for you to comprehend that the NHLPA is not giving more support on this matter of getting rid of head hits in the game of hockey?

“My opinion is what they are doing is that there is a fine line between taking out fighting or a guy that does change momentum in the game by throwing a few hits and getting the fans into it. There is a fine line there and we are a union. I’ve got a lot of great friends and that’s how they make their living and support their family. They do have to fight or they don’t go out there. It’s not the same world like myself or say Sidney [Crosby] lives in. If we don’t go out and finish a check on one shift we are going to get another shift in the next shift. Some of those players if they don’t finish a check they are going to be in the minors. That’s when I mentioned last week during media week that is has to be coaches, GM’s, and it has to be everybody buying in because if you come back to the bench and you don’t kill a guy when you would have they are going to step into them. If we get a little leeway from the coaches knowing there is no need to take the guys head off in that situation it could be different, but that’s where I see the union. It’s not just the star players. There are a lot of other players making their living playing hockey.”

“Well fortunately mine subsided pretty quickly, but while you are in them you could live your normal life in my case. I can’t speak for everyone else. From what I’ve heard everyone is different. I could live a normal life, but when you are looking at your teammates in the heat of the battle and you want to be out there it creates more….you are anxious. You are nervous. When is it going to go away? You look at other players and at the time I was out Sidney [Crosby] was out 2 months, so you are thinking in your head I am going to be out that long? What if I can’t finish the season? There’s a lot of what ifs and constant questioning and constant assessing yourself. Everyone morning you wake up you are assessing things like do I have a headache? Do I have this? That is the hardest part. You can still live your everyday life, but if you watch your teammates go and you can’t do it that’s when all the other things come into play. If you weren’t ever playing hockey [concussions] would be a lot less stressful.”

Are you a different hockey player after going through this concussion?

“I definitely was coming back from it. The summer off…it’s in my mind because of all the issues we have and a guy like Sidney [Crosby] is still out and the press conference, so it’s constantly being talked about and brought up. It’s not the same after 4 months of not getting hit and you are doing your thing and you are back in your routine and starting the season again, so definitely coming back in the middle of the season not nearly as easy as people think. You are constantly assessing every situation and for me and a lot of skill guys that’s not how they play the game. They don’t want to be thinking. The last thing you want to do is worry about someone hitting you. That’s not how I play the game. I want to be effective.”

Responses to “Brad Richards on eliminating head hits: “If you sat down in a locker room today you’d be getting the majority of the vote.””

“Dr. Robert Cantu, co-director of Boston University’s Center for the Study of Traumatic Encephalopathy, evaluated a number of hockey enforcers over the years. He said enforcers experience concussions at an alarming rate.
“Once out of every four or five times these guys fight they have a concussion,” Cantu said. “So divide the number of fights they’ve had by four and that’s probably the number of concussions they had while fighting. In addition to that, all the sub-concussive blows add up as well.”Cantu said symptoms of CTE include memory loss and emotional issues involving impulse control, anger and depression. Athletes, not just hockey enforcers, too often live in the moment and don’t consider long-term consequences.”