Roger Goodell dropped the hammer on many of the people involved in Bounty Gate earlier this week and he made a firm statement that the actions of the Saints organization, players, and coaches would not be tolerated. He may not be done handing down his punishment as the players could be the next wave to feel Goodell’s wrath. Nonetheless the punishment the Commish handed down was firm but also fair given the severity of the actions.In saying that, there was no way to possibly expect this harsh or a punishment and it caught many people around the NFL, both past and present, by surprise, especially those with previous relationships with either Sean Payton or Gregg Williams. One of those people is George Henshaw. Not only did Henshaw have a relationship with Williams going back to their time together in Tennessee, but Henshaw also served as an assistant under Sean Payton in New Orleans, the epicenter of Bounty Gate. 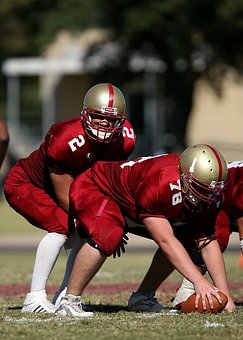 Former Saints Assistant George Henshaw joined 105.7 the fan in Baltimore to talk about whether he was surprised about the punishment handed down to the Saints, on the idea that this kind of thing has been going on for a long time, whether he thinks Gregg Williams will ever coach in the NFL again, what he makes of some of the NFL rules nowadays, and his thoughts on Sean Payton as a coach.

Whether he was surprised about the punishment handed down to the Saints:

“I was not surprised when I heard all the facts of the thing. I was surprised that the staff knew as much as they did. It went from being surprised to being disappointed because I worked with Gregg Williams up with the Tennessee Titans and I didn’t want to believe that it was as bad as it was for a little while. Given the facts of the situation a coach just cannot go and defend another coach on those types of actions.”

On the idea that this has been going on for a long time:

“Well that is from somebody who doesn’t know. That’s just an absurd accusation and there’s no way that that would be a true statement. This is an isolated case and if that had been going on in a bunch of different places then the hammer would have come down before now. That is not true and I can assure you that I really am shocked and surprised and disappointed that a coach would go to this extent.”

Whether he thinks Gregg Williams will ever coach in the NFL again:

“I really don’t know. Indefinite is a long time and there have been some people, not coaches, but players that have done some things that are certainly detrimental you might say but nothing like this that it has a definite effect on the quality of the game or the integrity of the game. It would not surprise me if he never coached again.”

On the current rules put in place to protect the offense:

“Yeah and like I said I think they’ve gone way, way too far on the thing. The horse collar, you’re the back so get yourself in position where you don’t get horse collared, it’s ridiculous. The same thing, you can’t hit a quarterback low and you can’t hit him high so where the heck can you hit him? Don’t get me wrong to go out there and hit a defenseless receiver after he has taken two, three, or four steps, that’s ridiculous. That’s really a person that is kind of a coward that does that because the guys that will really somebody open are the guys that do it legally.”

On Sean Payton as a coach:

“Oh he’s a great head coach and he’s a good guy and this is absolutely, totally, totally, totally different, I would have never thought that he would’ve known about it and tolerated it when he knew about t. That makes no sense right there.”