For the better part of a decade, the Boise State Broncos have been busting their way into the Bowl Championship Series from the Western Athletic Conference. Not anymore. That’s not to say coach Chris Petersen and the Broncos won’t be busting up the BCS. They’ll open up the college football season ranked No. 7 in the Coaches Poll thanks to a Heisman-hopeful quarterback in Kellen Moore. But to get there they’ll have to get through their first season in the Mountain West unscathed. That means not only beating the likes of TCU and Air Force, but also a bunch of other teams they aren’t used to scouting. Oh, and there’s that pesky Georgia game staring them down in the opener.Chris Petersen joined Fox Sports Radio with Petros and Money to discuss the new Mountain West rules that won’t allow them to wear blue uniforms on the blue turf, the expected competition of the Mountain West, if the program should attempt to join a BCS league, the challenges of kicking off a season against a team like Georgia and the greatness of Kellen Moore. 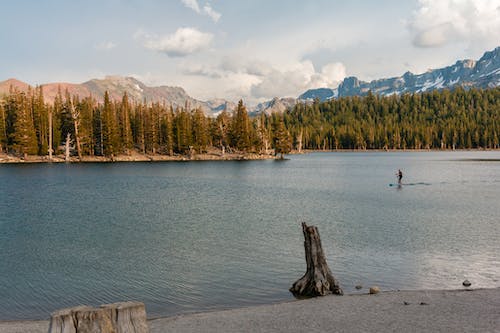 On the Mountain West’s rule that they can’t wear the all-blue uniforms on the blue turf:

“We’ve got some different options, but I think the one thing that would not fly in Boise, Idaho, is pulling out the blue turf here. That option’s off the table. Fortunately for us, Nike has been so awesome to us and they’ve created a bunch of different uniforms. And so we have different color combinations and we’ll probably work them all.”

Explain a little more about that new rule:

“I think it was a little bit of [coaches complaining]. When you’re here in person, it’s not an issue. I know it looks different on the TV. It does, I’ve seen it myself and I know it looks different. I think the big issue is a little bit of film, but it’s not so much, it’s a little bit of our stadium. Our end zone cameras are kind of back a ways and so sometimes it is tough even for us to see. But it’s tough for us to see our opponents as well. … We can’t wear blue for the league games. If someone’s out of our league and they come here, we’ll probably be in all blue.”

How do you expect the competition to be in your first year in the Mountain West?:

“I think top to bottom, the Mountain West Conference, for us, is going to be much more difficult. I think our fans are really excited, I think people on the outside are excited about it. But, really, as coaches in this program, our job just got a lot more difficult for us to be doing what we did in the past. There’s a lot of little subtleties in this schedule that I think people take for granted.”

Now that the MW isn’t comprised of the teams you expected, should you try to move into a BCS conference?:

“I really don’t know. We can say what we would like, but you’ve got to be invited. I think we’re really happy with the Mountain West. I think when Fresno, Nevada and Hawaii come into the league next year, I think it’s going to be a really good, strong, tough league. It’s going to be definitely more difficult than it was in the past for us.”

What are the challenges and benefits of playing a BCS-conference program to kick off the season? (Georgia this year):

“I think the challenges are obvious coming right out is that we’re playing a great program with tremendous tradition, really good players and a great coaching staff. I think Georgia’s in a great position because they’re kind of laying in the weeds. Their record wasn’t exactly what they wanted it to be last year, but if you look at it closely, they were in every game in the SEC conference, they were all decided by less than seven points. They were right there, they just didn’t make a couple plays, and they’ve got a lot of guys coming back.”

Is Kellen Moore the greatest player in school history?:

“I’d like to answer that after this next year, but for the three years he’s been with us, I think he’s hard to beat. He’s probably the best college football player certainly that I’ve been around. You talk about playing at that consistent, high level. He just hasn’t had a bad game at Boise State since he’s been here. … If he has a bad throw or a bad decision, we’re kind of like, ‘What was that?’”