Josh Beckett is quickly becoming public enemy No.1 in Boston as yet another off the field story surrounds the Boston Red Sox. Last week the Red Sox right hander was scratched from a start due to injury, and then on his off day decided that he rather golf than be with the team. In his last start Thursday he was highly ineffective going 2 1/3 innings pitched, giving up 7 earned runs in an 8-3 loss to the Cleveland Indians.Beckett came off very arrogant to the media after his loss last Thursday and doesn’t seem to understand why Red Sox Nation is furious with him golfing on an off day. Well for once Bobby Valentine doesn’t seem to have much of an answer for this one. Here’s Bobby V’s thoughts on the latest drama surrounding the Red Sox. 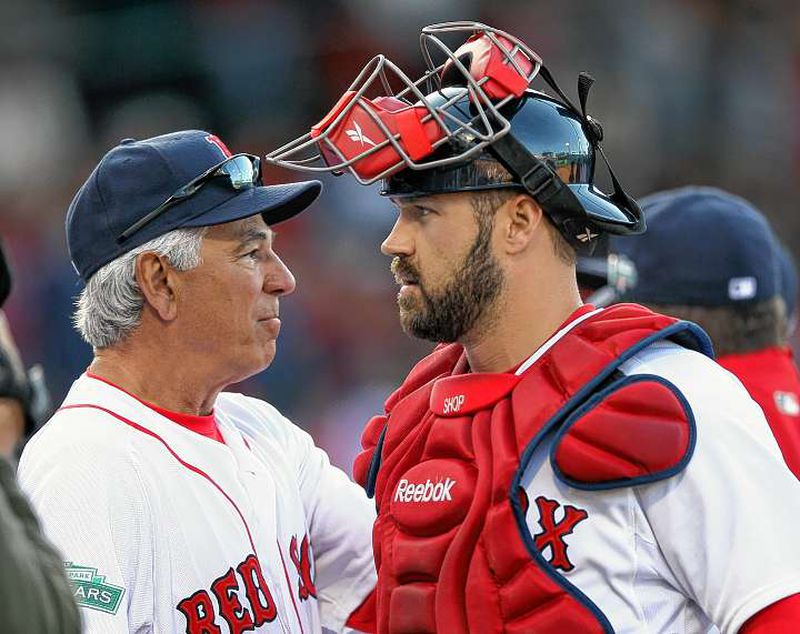 Bobby Valentine joined 98.7 ESPN New York with The Michael Kay Show to discuss his take on Josh Beckett golfing on his off day, Beckett not understanding that it’s unacceptable to golf on his off day,  Beckett coming off arrogant to the media, his talk with  Beckett about what he should do on his off days, never addressing the golf issue with Beckett in his talk and not stepping into his player’s personal lives.

What’s your thoughts on Josh Beckett golfing on his off day? How does it look?

Is it fair to say Josh Beckett doesn’t get it with his response to the media questioning him about golfing on his off day given what happened last year?

“I’m not sure about all the stuff that happened last year and I wish we could just talk about the curveball he didn’t bounce with 2 strikes cause cause that’s the one he’d really like to get back. If he did it might have been a whole different result yesterday and this conversation wouldn’t be had today.”

Have you spoken with Josh Beckett and told him that he comes off as arrogant to the media or do you just manage him on the field?

“I think I have to manage him on the field and the last thing you do is try to change someone’s personality. You try to change the direction of the curveball or his swing path or the way you chase fly balls and it’s difficult enough doing that without trying to change personalities.”

Did you talk with Josh Beckett about this whole thing? What was his reason to you?

“I talked with him about the curveball. I talked to him about the performance and we are trying to work on something that he’s possibly tipping pitches and trying to move forward so that next time he goes out there he can get the win that everyone wants.”

You never addressed the golfing thing with him in your talk?

“I don’t think that needs to be anybody’s business other than Josh and mine. It’s an off day affair and manager and player talk about plenty of things.”

Josh Beckett is an employee of the club. You do control his off day. It’s not like he can go water skiing right?

“I don’t remember…if a guy gets injured and does something to jeopardize his career on an off day then I guess the team steps in there. I don’t ever remember patrolling or legislating what guys do in their free time. I’m afraid even the dictator Bobby Valentine has never stepped that far into someone’s personal life.”