Bob Knight Won’t Be Surprised if Conferences Break Away From the NCAA, Doesn’t Believe in Added Stipend for Players

Leave it to legendary college basketball coach Bob Knight to have a strong opinion on things. This time, he’s mostly coming down on NCAA policies, conference realignment and college athletes being paid an additional stipend on top of their scholarships. Knight is happy that the NCAA is enacting policies that force basketball players to attain a certain grade point average to be eligible for the postseason, but basically says that’s the first good thing that the NCAA has done in a while. He won’t be shocked if four major conferences break away and form their own organization and also comes down hard on those who think players deserve an additional stipend.Bob Knight joined ESPN 101 in St. Louis with Bernie Miklasz to discuss recent trends in college athletics, why the NCAA is going down a bad path, conference realignment and the lack of sense it makes geographically, and paying college athletes with more than just a scholarship. 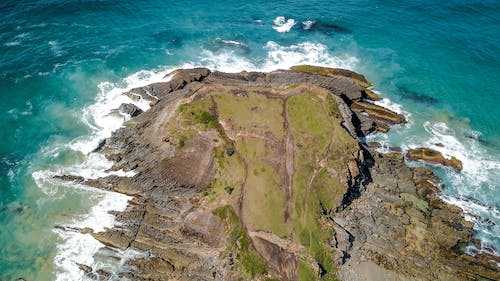 How do you feel about the recent trends in college athletics?:

“The first thing I look at is, the other night, watching at the tape on ESPN that goes across … I saw where the NCAA was going to require a minimum grade average for players to participate in postseason play. I think they already have something to that effect in football, but it’s been a disgrace in basketball over the years that there hasn’t been a minimum grade point average required of every player. There have been teams that won the national championship with guys that were probably ineligible to play and, in some cases, hadn’t been to class all semester. Now, this is the first thing I’ve seen in years that the NCAA has even brought forth that was worthwhile. All the time they shy away from the death penalty. Well, if somebody’s cheating, give ‘em the death penalty. That’s what it’s for.”

More on the current path of the NCAA:

“Putting a [university] president in that position [to run the NCAA] is the worst situation I think I can imagine, and it certainly has shown in what’s happened with the NCAA in past years. I would not be at all surprised if, when they settle down, there are four or five conferences that form their own collegiate organization and break away from the NCAA. I would think that athletic people, running an athletic program, would be far better than what we’ve had for years in the NCAA.”

More on realignment and the hypocrisy that comes with the term “student-athlete” with nobody having regard for geographical issues in the new conferences:

“There are going to be huge geographical problems in travel when this is all said and done. But I think that’s been ruled by football. Football is the biggest money-maker there is, by far, in collegiate athletics. An example of a school doing the right thing, TCU goes into the Big East and I have a friend that’s a trustee there and he called me and asked me what I thought of that. I said, ‘It’s the dumbest thing you could ever possibly do because you have eliminated basketball by taking TCU into the Big East. They can’t compete in that league. Later, he called me back and said, ‘Now, we have a chance to go into the Big 12.’ I said, ‘You better get to the Big 12 as fast as you can.’”

“The dumbest thing I can imagine is thinking that we should pay these athletes an additional stipend. What does it cost for a kid to go to college today? Forty thousand dollars? Thirty-five? Fifty? Sixty, depending on where he goes. That scholarship is a tremendous thing. Room, board, books, tuition, fees, that’s what a scholarship is. It’s time that we started making kids work for things. If a kid needs a little extra money, they changed the rule years ago where a kid could work during the school year. And, certainly, the athlete always has the advantage in summer jobs. … There isn’t a football player or basketball player in the country that couldn’t get a good summer job if he asked for it.”