Bob Costas: The First Person to Get an Interview with Jerry Sandusky and He Didn’t Even Plan for It

Every day there continues to be more, revealing information when it comes to the case against former Penn State defensive coordinator Jerry Sandusky. Sandusky has been accused of sexually abusing boys as young as ten years old. There are a lot of questions still remaining about this sexual abuse scandal that rocked Happy Valley last week. Some were answered last night by Sandusky himself.NBC Sportscaster Bob Costas was originally scheduled to interview Jerry Sandusky’s lawyer Joseph Amendola. However, Amendola asked Costas if he wanted to interview Sandusky instead. So Costas did. He asked the tough questions, he dug deeper when he felt there was more to uncover, and even though it was extremely creepy to watch the interview, it was also very compelling television. Well done Bob Costas. Well done. The entire interview is transcribed right here in case you missed it.Bob Costas joined The Dan Patrick Show to talk about when he taped the interview with Jerry Sandusky, if there were any stipulations on what he could ask, whether or not there was one moment where he felt like reacting like a father figure, what he was thinking in the moment when Sandusky paused after being asked if he was sexually attracted to young boys, and what Sandusky said in the interview that shocked him. 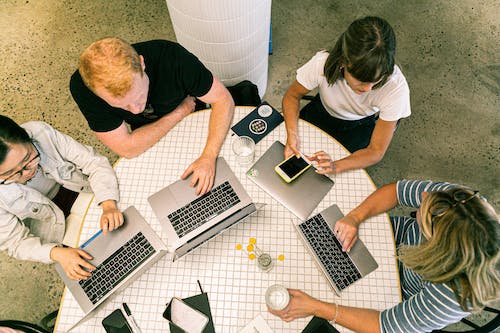 When he taped the interview with Jerry Sandusky:

“The interview was taped at 7:15 or 7:20 yesterday and then aired at 10:00 on Brian Williams show. When I spoke with you in the morning I thought the guy we were speaking with was going to be Joseph Amendola, his attorney, and we did in fact speak briefly with him. But literally 10 or 15 minutes before we were going to sit down with Amendola, Amendola said to me ‘what if I can get Sandusky on the phone? How would you feel about that?’ I said ‘let’s try and do it.’ So we just pivoted and made it Sandusky.”

If there were any stipulations on what he could ask:

“No. None. And Amendola was sitting there the whole time as the cameras rolled.”

“We knew a lot of this stuff or had heard a lot of this stuff but when you hear him give a version of events on the night that Mike McQueary says he saw forceable rape and Sandusky describes that as horseplay, the boy had turned all the showerheads on, he was sliding around the shower floors as if it was a water slide, they were snapping towels, and it was horseplay you can judge the credibility of that for yourself. At one point after he immediately and tersely denied he was a pedophile with a simple and seemingly forthright ‘no’ I then asked him ‘are you sexually attracted to underage boys’ he hesitated for a while and repeated the question. Then said he enjoyed the company of young people but was not sexually attracted to young boys.”

On what he was thinking when Sandusky paused and then once again asked the question about him being sexually attracted to young boys:

“I’m thinking that. You’re also trying to concentrate and make sure you don’t miss anything he says. He’s on the phone so you don’t have facial expression or body language so you’re intently listening and not thinking of what your next question is going to be necessarily because your next question may be suggested by his answer. You’re kinda laser focused there and not everything we put on tape ended up going on Brian Williams, there was a lengthy version on Brian Williams, two different versions on the Today Show, the entire thing is online including an exchange when he says ‘there are many boys, hundreds of boys who had no objection to my methods and who are helped by being around me.’ I suggested in response ‘well yes but what you’re describing could be part of what is a classic MO of people who are child predators which is that they win the trust and confidence of many, they are not necessarily attracted to all of them, don’t necessarily act upon every attraction, so just because you could plausibly run 100 or more kids through here and say everything was fine and I never experienced this doesn’t discount what others have alleged.”

What he said that shocked him:

“The description of the things that he will acknowledge doing that he seems to think were only mistakes in judgment. If you take the most benign possible interpretation, even take what he and his attorney concede, this is so highly inappropriate that such a person has no business regardless of whether somewhere in the mix of things they actually harbor a charitable impulse toward young children, that person has no business even with the minimum stipulations here being around young children on any kind of ongoing basis.”