Juan Manuel Marquez and Manny Pacquiao have gone 36 hotly contested rounds. Even after three fights, there is still controversy and debate that has raged on as to who actually won the fights. Pacquiao holds the edge in the record books. He is 2-0-1 against Marquez in his career but some of the judging has been questioned in the past. This weekend the two fighters will step in the ring once again for the fourth and final time. For Pacquiao, his place in the fight game has been cemented already but the last time he was in the ring he lost to Timothy Bradley. Even though the judging in that fight was questionable, it was also clear that Pacquiao was either distracted, unprepared or perhaps Father Time is starting to catch up to him. The cloudy picture that has been created from his latest loss will start to be a bit more clear after his fight with Marquez Saturday night.Bob Arum joined ESPN 1100 in Las Vegas with Gridlock to talk about the upcoming fight between Manny Pacquiao and Juan Manuel Marquez, if he thinks Pacquiao and Marquez would fight even fights if they continued, what he thinks happened in the Bradley fight, whether he thinks he needed a loss like that to regain his focus and if he thinks a fight between Pacquiao and Mayweather will happen. 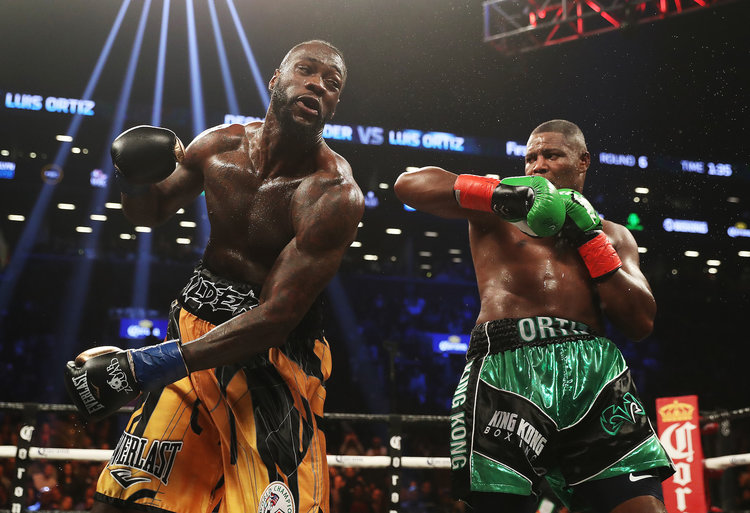 On the upcoming fight between Manny Pacquiao and Juan Manuel Marquez:

“First I look at who I’m dealing with and I have complete confidence in Marquez and his integrity and his people so I’m not concerned. The better question is if they had come to me a couple of months ago and said they wanted drug testing, then I would have gone to the commission and I would say that the fighters want random testing and how much is it going to cost? Because I would only agree to it if it’s done by the commission. The commission can hire who they want, they’re not going to go out and collect the blood and urine themselves but they don’t have it in their budget to do it. That I think is the appropriate way to handle it. It should be an expense of the promotion, agreed on with the commission with how much money is going to be allocated to this testing and then it’s done. But you can’t have what’s been going on with these agencies testing willy nilly and giving passes to some guys, like they gave (Erik) Morales three tests, it’s no-mans land. If you want to do the drug testing, which I’m not adverse to, you have to do it in a reasonable manner letting the regulators, in Major League Baseball the league is responsible, in football it’s the league, so you have to have the ultimate authority and the ultimate authority can’t be the promoter of a bout, it has to be the commission.”

If he feels like Pacquiao and Marquez are even fighters that would always end up that way no matter how many times they fought:

“No because what is happening here in boxing particularly in fights that have taken place here is that world class fighters have no longer any confidence in the judges. They don’t know what the judges are looking for, what they’re not looking for and up until earlier this year it was Marquez complaining about the judges because he felt he won the fights. Pacquiao believed he won so he was happy and now Pacquiao gets a rude awakening with that absurd decision in the (Timothy) Bradley fight and he no longer trusts the judges. So what happens when you have two fighters that no longer trust the judges? They go out and try to knock each other out. That’s what you’re going to see. You saw two guys in the last three times they fought that have great respect for each other, fought cautiously and that’s not going to happen here because they have no confidence in how the thing is going to be scored.”

On what he thinks happened in the Bradley fight:

“Too much craziness on his plate. Every night Bible study until two in the morning, he got up and ran, he was changing his life but he changed it so drastically that it interfered with his preparation. This fight I have never seen him so invigorated and so on top of his game since the old days when he fought (Oscar) De La Hoya, Ricky Hatton and (Miguel) Cotto.”

Whether he needed to have a loss like that to wake him up:

“He needed to have an awakening, sure. Because in the last Marquez fight we had the horrible domestic, marital problem. (Shane) Mosley, he never got prepared and was content to, once he knocked Mosley down, he was content to do a sparring session so he hasn’t produced for the fans and he knows that. I think that would’ve been the case even if they had given him the decision in the Bradley fight.”

If he thinks a fight between Pacquiao and Floyd Mayweather will ever happen:

“We had an offer, a legitimate offer on the table for 180 million dollars and people due to fight and had a big upside of 180 for the two fight camps. That’s when he said 55-45 which would’ve given Mayweather 100 million. (Pacquiao) would’ve ended up with 80 million and that’s still a lot of money right? But Mayweather will not fight him. Now why am I saying that? I’m not saying it to be, I know the guy and I know what his problem is, Mayweather, because we had him for 10 and a half years and his problem was he hated, he never wanted to face a southpaw and a southpaw that can move and punch with his left hand makes Mayweather completely vulnerable. All you have to do was watch him in the (DeMarcus) Corley fight where he didn’t realize Corley was one when he made the fight. Corley shook him up and had him in trouble. Why? Because Mayweather is a sensational defensive fighter but that’s against an orthodox guy. If he goes against a southpaw he opens himself up. You saw that happen in the Cotto fight because Cotto is a right handed fighter but he’s really a southpaw that’s converted and Cotto hurt him because he doesn’t have a good defense to the left hand.”