I’m not going to get into a big thing about blogs vs. the MSM (Lord knows you don’t need another 5,000 words tacked onto this post). But I will say that I freaking love blog wars. It’s a great excuse to scream “BLOG WARSSSSSS!!!” in the Cartman voice which is normally reserved for “Cripppple Fiiiiiight!”No, but seriously, blog wars are annoying. Until some clown from a newspaper (can I call him a clown? I think so — look at his picture!) insults some bloggers (who may or may not be temperamental; I recommend never attacking an SB Nation blog with the word “Blue” in there. They’re zany!)Anyway, long story short: Bob Kravitz of the Indy Star ripped into Stamped Blue, a Colts blog, calling them “weenies” because they write about sports and the media anonymously and therefore have no accountability. This is, of course, an entirely moronic theory to have — anonymity with your name means nothing; people can simply refuse to read your work. Not to mention the fact that it’s way beyond easy to find out who’s penning a blog these days. What resulted was a slew of bloggers coming on Kravitz’ show. Hilarity ensues. 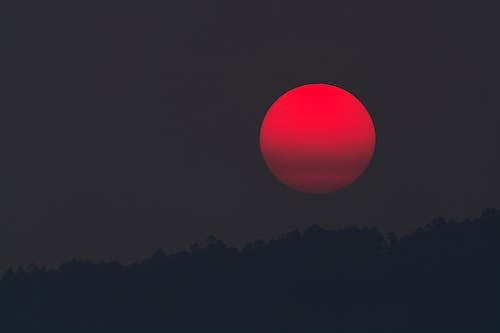 On Being Accountable While Remaining Anonymous:

There’s a difference between anonymity and accountability. We are there every day…In the realm of the blogs, the things that I say; I have answered every email, every commenter, in some cases with long, involved discussion. Anyone that wants to challenge what I know or what I opinion about the Indianapolis Colts or any of the other things that we cover, can do so at any time and they will receive a direct response from me. What you [host Bob Kravitz] don’t have is accountability because you have call screeners. Anytime you write something, it’s out there and nobody can challenge you on it.

What Makes Him Credible :

We put a lot of time into it and we’ve been doing this for 15 years. For the past 15 years we’ve been watching games over and over and we know the team and we know the sport. So we can write insight and analysis that people aren’t getting…Now we have thousands of readers because people are flocking to us because we’re right and we know what we’re talking about and they’re not getting these needs met in other places. That’s why we started this, because nobody was writing what we wanted to hear.

On The Recent Newspaper Struggles:

The problem is the medium and the rules are changing and the newspapers aren’t keeping up with it. By the time they go to write a story, all the blogs have already commented on it and people have already got their opinions on it.

On Not Using His Real Name On His Website:

There’s a day coming in which I’m going to post my name freely on my site; it just has to be in my economic best interest to do so. I don’t want to lose my job which has happened [to other bloggers]…I’ve got a wife and kids.

On Whether He Would Like To Be Part Of Mainstream Media:

No because if I wanted that job, I could probably go get it. I’m a pretty intelligent guy, I’ve got a Master’s Degree, I’ve seen that stuff. I like when people do good work…I don’t like it when people are wrong. That’s what drives me crazy and that was part of what motivated us to start 18to88.com.

BigBlueShoe (if that is his real name):

On Blogs In General And Why They Are Beneficial:

The bottom line with blogs is that while sometimes not everyone disagrees with everything that’s written, the great thing about blogs is that the discussion of sports has now become, I think, more active by people rather than a passive process. The passive process being someone writes for a newspaper and they write their opinion and then people read it and then that’s sort of where it ends, whereas now with the advent of new technologies what we have is we have blogs, you’ve implemented a comment system in your articles and people comment on them. These are the kind of things that make the process active. Is everyone gonna agree with everything? No. But as long as it’s active, as long as people are discussing and commenting on ideas, I think that that’s a great thing.

On Tradition Journalism And Blogging:

We’re in a changing environment right now, and I can understand how some people view blogging and view that type of stuff as a bit scary. Because Bob, we just saw the Rocky Mountain News close, and this is not a very happy time economically for newspapers in general. And with new media popping up that’s being written by people who did not go to journalism school, I can see how people would be frightened by that.

On Accountability In Blogging:

I will say that of the thousands of people that hit my site every day — during the NFL draft I had 50,000 people hit it in a one day, two day span — I think trust and accountability from my readers is there. They do trust me and my other writers, they do hold us accountable, and if ever they did not trust us and didn’t hold us accountable, we wouldn’t have people reading what we do, and that is the ultimate accountability in media. What you say, and how you say it, if people don’t believe it, if people don’t trust you, they’ll stop reading you and therefore you’re held accountable.