BJ Penn-Frankie Edgar 2 is Already in the Works

BJ Penn is widely considered by many to be a legend at 155 lbs. and one of the best pound-for-pound fighters in MMA.  However, despite being a heavy favorite this past weekend against up-and-comer Frankie Edgar, Penn lost a unanimous decision against him and in the process lost his championship belt as well.  This was a shocking loss to the fight world.  While Penn had struggled at times recently in some other weight classes, he entered the fight Saturday having not lost a fight at lightweight against Jens Pulver and was coming off a destruction of Diego Sanchez.  However with the way the fight went and as exciting as it was, the UFC is already looking to put these guys back inside the cage for a rematch and I would be shocked if BJ Penn didn’t take his belt back and begin another reign at lightweight.BJ Penn joined 106.7 the Fan in Washington D.C. with LaVar Arrington and Chad Dukes to talk about how he feels after the loss this past weekend, what he learned from the fight that he can remedy in the rematch, who he thinks the best pound-for-pound fighter in the MMA is, and how tough it is to train as hard as he does. 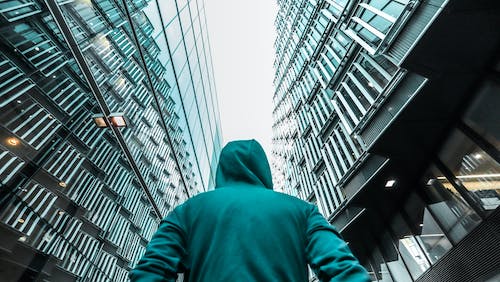 On how he feels about losing his title after the loss this weekend:

“I’m not happy about losing the title.  I don’t want to take anything away from Frankie.  He did a good job.  He lived his dream to be a champion one day.  As a fighter, you’re always thinking you’re winning the fight and you never think you’re losing.  You just have that mental mindset.  Looking back at it, I just want to congratulate Frankie.  My first thought was I gotta get back in the ring immediately and I want to get back on track.  The UFC actually called us yesterday and they want to put a rematch in the works and we’ll see what goes from here.”On what he learned from the first fight that he can take with him to the rematch:“I think I got a good idea at what he’s gonna try and do.  I know his power, I know how hard he punches, and I know the way he moves.  I got that pictured in my mind.  You’re right about that though.  The rematch is going to be more technical.  That makes a lot of sense and I never thought about it like that before.”On who he thinks is the best pound-for-pound fighter in MMA right now:“After my defeat decision the past couple of days ago, I’m not on that list anymore.  It’s gotta be Fedor.  He finishes his guy and how can I argue against him?”

“Actually when you train as hard as that, you know the stories of them, they don’t let off.  They just keep hammering you and hammering you until it’s either you break or you get in good shape.  I try to take two weeks off before the fight to really get back and get my body back to par.  Get all those little aches and pains out of there and get my explosiveness back.  I make sure to taper early, but it can happen.  If you train at a hard regimen, it’s so easy to over train.  Your body can only take so much.”On how he feels about Anderson Silva’s fight and the comments made by

Dana White about it:

“Honestly for meI didn’t get to see the fight because it was right after me and Frankie fought.  From what I understand though I heard Anderson really wanted to fight Vitor Belfort.  But then on the other hand, I know he’s got a job to do and he’s gotta go out and destroy his opponent.  Then on Dana’s side I can see him being upset because he’s trying to move into this new market and everyone is booing his main event and this and that.  I’m just glad I’m not involved with that and I’m just glad I got to sit on the side and watch.  I really got nothing to say about Anderson.  He’s defended the title six times and I’ve yet to do an accomplishment like that and I really have no grounds to speak on that.”