Forget Kobe Bryant, LeBron James, Dirk Nowitzki, Derrick Rose or any of the other stars of the NBA. The most important person right now when it comes to the league is Billy Hunter. Hunter is the Executive Director of the NBA Players Association. That means he is the man responsible on the player’s side to try and get a new deal done between the owners and the players and end the NBA Lockout. He is the DeMaurice Smith when it comes to the NBA labor negotiations. Right now things are looking bleak, but hopefully both sides will come to their senses and compromise the way they need to in order to get things figured out. 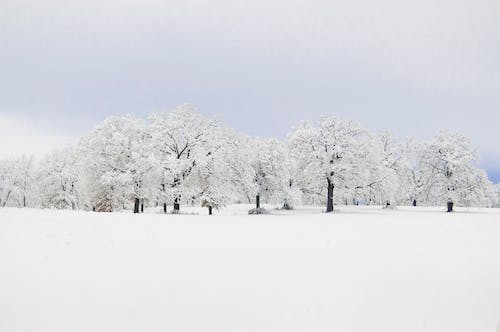 Billy Hunter joined ESPN Radio in Los Angeles on the Stephen A. Smith Show to talk about what has happened in the last few days in terms of the labor talks, whether or not the owners have to make a compromise to get something done, whether or not the owners have moved off their original stance, if he believes the players when they say they are willing to miss the entire season if they don’t get a fair deal, and gives a prediction for the future of the talks.

What has happened in the last few days in terms of the labor talks:

“Well I think what it was was people’s expectations got up because the indication was we were going to have a meeting and everybody thought there would be some movement. We indicated beforehand that we were there to compromise on some things, particularly economic matters so that we could hopefully bridge the gap and be able to reach an agreement to start the season. While we didn’t make a formal proposal we talked in terms of hypotheticals and we thought that would carry today but we also tied any discussions or suggestions to the fact that we had to have the whole system. Meaning we had to have a system with no hard cap, the guarantees in place, etc. We compromised on the economics but we had to have the system. That was where the breakdown came but I’m not ready to throw the flag in. I think in due time we will probably have an agreement.”

If the owners are going to have to compromise their stance too:

“Well clearly from our perspective there’s going to have to be a give both ways. It can’t just be the players giving. I’m assuming that if the owners want to have a season then they’re going to be inclined to do it. I suspect that there are probably people within the owners camp that agree with me but right at this moment I guess they have agreed to go along with the majority. They have taken a unified stance. When they realize the players are prepared to stay unified as long as they have to in order to get the appropriate deal I think people will come to a new realization and hopefully we will get something done.”

Whether or not the owners have moved from their original stance:

Whether or not he believes the players when they say they are willing to miss the whole season:

“I believe it. I believe it. If things stay the way they are then they have no choice but to stay out because they know if they take the deal that is currently on the table then they will set back every right and benefit they have achieved over the last 25 or 30 years. They will lose it. If push comes to shove and they have to and they’re not getting any other choice then that’s what they will do. I’m not saying they want to and I’m not saying they’re not going to hurt in the process but that’s just the reality.”

If there are any talks scheduled:

“There are no talks scheduled. I’m hoping I will hear from the commissioner or one of the owners will say something that indicates they are ready to come back, sit down, and reconcile things. Short of that we’re just gonna be at a standstill.”

On predicting the future:

Is that a good sign? … If you come back in two weeks, Billy, will we be laughing and celebrating something Billy Hunter?