Bill Self on Big Realignment:

Something positive could come out of it, but it’s nervous times.There has been plenty of chatter over the past few weeks  and years, really  about possible realignment in college athletics and, specifically, the Big.With Texas A&M attempting to bolt for the Southeastern Conference, everyone is wondering what will happen next. But all that talk has surrounded college football and football programs.For the first time, or at least one of the first times, we’re now hearing the thoughts of a Big basketball coach. Kansas head man Bill Self weighs in on the topic, calling all situation hypocritical in that the NCAA is saying that it’s all about the student part of student-athlete, yet how would these potential changes be a positive in that respect? Self doesn’t offer up any predictions, but says he’s comfortable where he’s at in Kansas and isn’t pressing the panic button.Bill Self joined KSCP in Kansas City with Bob Fescoe to discuss where things stand in the Big realignment procedures, why the realignment talks are hypocritical, if he’s nervous about where Kansas stands in the discussion, if there will come a time when we stop using the term student-athlete,TV’s influence on all of this and why he doesn’t have a prediction for what might unfold. 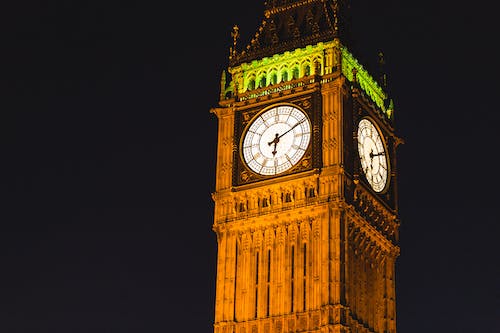 Where are we right now in all of this realignment business?:

“We’re at a crossroads and I think the decisions of a few are going to affect many, many moving forward.”

Isn’t that kind of hypocrisy when you look at it?:

“It is hypocritical. It’s hypocritical to think that APR is so important. They’re going to start pulling teams out of postseason competition if their APRs aren’t certain rates. There’s a direct correlation between making good grades and going to class. Now they’re putting kids in a position that they’re going to miss more class than they’re already going to miss. … It is somewhat hypocritical. I don’t know what the answer is. … The Big Ten Network, the Longhorn Network, there’s so many things out there that we’ve allowed people to do. And it’s not anyone’s fault. … People say it’s Texas’ fault. I don’t see it that way at all. I see it as a situation where we want parity, we want a level playing field, but let’s be honest, that’s impossible to achieve. … This is not a cookie-cutter business. … It’s not a sad day yet, because we don’t know what’s out there. Something positive could come out of it, but it’s nervous times. The way we know college athletics could change in a real short period of time. It started last year and then the Big 12 kind of held it together. This situation could lead to expansion to other leagues, which leads to breakups. … It’s going to be a different time, moving forward.”

Are you more or less confident than last year with where Kansas stands in all of this?:

“I’m fine. I like our leadership. I think that we’ll be OK. There could be some anxious moments and I think there are some anxious moments right now, but I don’t see it being all negative. I don’t see it being all positive, either. I’m just kind of straddling the fence right now, because if you remember last year, everyone pushed the panic button, and at the end of the day we panicked for no reason. … This year, I’m not pushing it. … I think people should take a wait-and-see approach. … But, really, over time, I can’t see student-athletes in many of these institutions benefiting from what the rigors of a schedule will put them through.”

How long do you think we keep calling them student-athletes and not minor-league athletes or something like that?:

“Let’s call it like it is. The NCAA, the presidents, the organization itself, has every rule change, everything involved, based on graduation rate, based on APR, based on providing more educational opportunities. … If you want to play big-time college athletics, there’s certain things these schools need to do. … Now you have, obviously, a situation where it begs the thought of hypocrisy in that we want this, we say this and the rules apply to everybody else, but do they really apply to me.”

Did you ever think you’d be coaching in a day where TV had so much influence in what was going on?:

“I probably haven’t thought about it much, but there’s no question the last two years, you can definitely see a movement. Does this trigger, now, the super-conferences? If you have one go to 16, does that trigger other super-conferences? Then, with the other super-conferences, how important is the total body of the NCAA? I was at Oral Roberts; I was at Tulsa. I think it’s important. But you have the decisions of a few that are affecting the entire landscape, potentially. … This could be a serious trickle-down and I can’t see it being good.”

What do you think is going to happen when it’s all said and done?:

“Nothing. No, I don’t know. I don’t have any idea. I don’t know enough about it or am on the inside enough to have predictions. … I want everybody to be happy as long as we’re a part of that equation.”