Bill Polian may be one of the brightest executives in the NFL and he understands how to build a franchise. His career started in Buffalo where he built an NFL powerhouse that ended up making it to four straight Super Bowls. He was instrumental in bringing Jim Kelly to Buffalo and drafting Thurman Thomas among other moves that turned the Bills into a “championship caliber franchise.” Following his work with the Bills, Polian then went to Carolina where he nearly turned the Panthers into a Super Bowl team in just the second year of the team’s existence. Now, he is in Indianapolis and the Colts have been an AFC power for the past decade. While they only have one Super Bowl championship in his tenure, Polian has made the Colts a perennial playoff contender with excellent draft picks like Peyton Manning, Reggie Wayne. Dwight Freeney and tremendous pick ups in free agency like Gary Brackett, Melvin Bullitt, Ryan Lilja, and Jeff Saturday.This past season, the Colts started off the year at 14-0 and were on the cusp of a perfect regular season. However, Bill Polian and the Colts decided it was in the best interest in the team to rest the starters in the last two regular season games. This decision had a lot of people questioning the Colts and the fans were upset. After taking down the Jets this past weekend in the AFC Championship game, Polian and the Colts are on their way to Miami to play for their second Super Bowl in the past five years.Bill Polian joined 1070 the Fan in Indianapolis with Dan Dakich to talk about the decision of the franchise to sit the starters at the end of the regular season, the play of Austin Collie and Pierre Garcon this season, and what he thinks of the Pro Bowl being played the week before the Super Bowl. 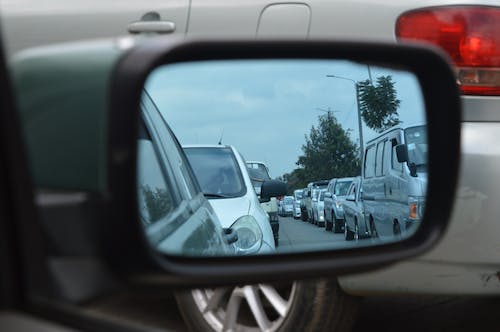 On the emergence of Pierre Garcon:

“Yeah, he’s a guy that really, really plays physically. Its right up his ally for example in terms of runs after catch to play against a team like this that wants to intimidate you and sort of prove that they are the toughest guy on the block. He’s not gonna back down from anybody and he might go looking for a fight if he feels the need to do so. He’s a different cat. We haven’t had a guy at the right wide receiver spot quite like him in years past.”

On the play of Austin Collie in the absence of Anthony Gonzalez:

“Well, he plays in the slot and if you’re gonna play a nickel situation and you’re gonna play a lot of blitzing which requires high risk coverage behind it, he’s gonna get open more times than not. He can beat most people one-on-one. He doesn’t have blazing speed, but he has great route understanding, great ability to free himself, then he has great hands and adjustments. He’s the perfect slot receiver in the sense that if you’re gonna cover him man on man, there’s very little chance you have if the ball is there and its always there with Peyton. There’s very little chance to get him. He’s a bigger and probably faster version of Wes Welker. (Host: Quicker?) I say it’s about the same. He’s faster, there’s no question about that and quickness is about the same.”

On the decision that the organization made to rest the starters:

“No. We had a plan. We were gonna carry the plan out. We would’ve liked to have won the game. I’m not sure that we could have done anything different than we did in Buffalo because of the injury situation and the weather situation, so in my mind it’s kinda moot anyway. Bottom line is we had a plan. Here’s the proof in the pudding. The Jets had to play five tough games, four of which I believe were on the road down the stretch. They had no bye week, they had no ability to heal people up, and yesterday they lost Shonn Greene for the entire second half and that made a huge different in the football game. They started the season with three really good backs and they finished with one. Health means an awful, awful lot and we followed our plan and that’s the way it is. As Jim Caldwell said yesterday, we understand why people can have a different feeling but we felt very strongly that what we were doing was the right thing.”

On the Pro Bowl setup this year:

“It’s stupid. It’s a disruption, but we’ll deal with it.”

On how they are going to handle their players going to the Pro Bowl:

“Well, we’ll come back to practice on Wednesday. We’ll practice Wednesday, Thursday and Friday. They’ll have off Saturday. If it weren’t for the Pro Bowl disruption, they would have the weekend off, but they can’t because we have to send those players to Miami to do Lord knows what. We’ll come back and practice on Sunday and the Pro Bowl players will go and do whatever they have to do and then the team will leave on Monday. (Host: So the Pro Bowl players you will fly down there and they just fly back that day?) I don’t know that they fly them back. I think they plan to keep them down there that evening. They haven’t even told us yet what this is all about. We don’t even have any details or anything like that. Maybe they will call us Friday and tell us. In any event the fact of the matter is that we’re thinking that they’re down there Sunday night and they will meet us Monday, which is a hell of a thing isn’t it? It sends a great message to all the young people out there and all the coaches that talk teamwork that you take your best seven players and split them up from your team at the ultimate moment in sports.”

On the matchup against the Saints in the Super Bowl:

“I do really think that the two best teams are here. I think that tends to be the case over time no matter what the seed is. The year that we were the number one seed, I guess it was ‘05, and Pittsburgh beat us in the divisional round, the question was who was the better team? Them or us? I guess Pittsburgh proved it in the divisional round. I wouldn’t argue that. These two teams obviously have had the two best records, kept the home field throughout. It’s as it should be. It frequently doesn’t happen that way but in our sport I don’t recall a lot of Cinderella’s going too far. You have to be a pretty good team to get this far and to the final four and no matter who gets there is really a good team. I think in this case, the two best teams are there.”