Bill O’Brien: “I have a hard enough time being Bill O’Brien. I’m not going to try to be Joe Paterno”

For Bill O’Brien, this time of the year is usually pretty busy, but this year it has been ratcheted up a few notches. Not only is O’Brien trying to put together a game plan for the New England Patriots in advance of the AFC Championship game against one of the best defensive teams in the NFL this weekend, but he is also responsible for picking up the shattered pieces that is the Penn State football program.O’Brien was named the head coach of the Nittany Lions a week and a half ago and he will have quite a task in front of him. Many other candidates wanted to avoid the program. Not just because of the sexual abuse scandal that rocked the University but because it is incredibly difficult to replace a coaching legend like Joe Paterno.Whether or not Bill O’Brien can fill those shoes left behind by JoePa remains to be seen, but O’Brien has done a heck of a job in New England and will try to reverse the trend of Bill Belichick assistants leaving New England and flaming out. 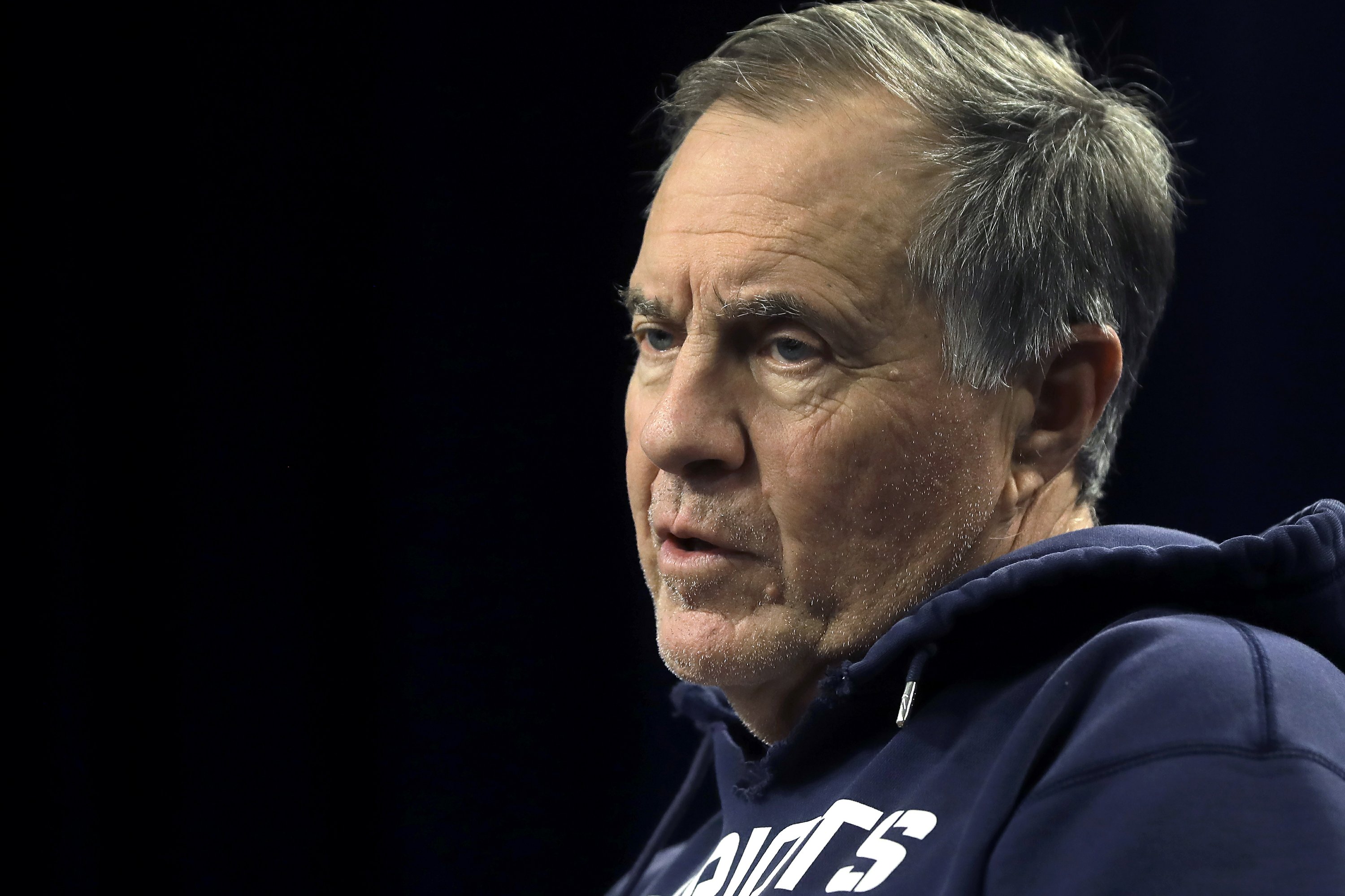 Bill O’Brien joined 790 the Zone in Atlanta on Mayhem in the AM to talk about how exciting it is for him to not only be the head coach at Penn State but also being the New England offensive coordinator, when he learned that he was a legitimate candidate at Penn State, how hard it was to go from the pros to college, how concerned he was to take over at Penn State given the state of the program, and whether or not he has spoken to Joe Paterno.

How exciting it is to be Penn State’s head coach and New England’s offensive coordinator:

“There’s no question. It’s an exciting time. Up here in New England and then the people of Penn State to be able to have somebody representing them in the AFC Championship game is really an exciting time.”

When he learned that he was a legitimate candidate at Penn State:

“I was contacted probably about three or four weeks ago and at that point we were in the middle of the season and it was something I didn’t pursue every day but I did have a couple of conversations with the powers that be at Penn State and it ended up where it is today.”

How tough the decision to leave the pros was:

“It was hard because I love pro football and my experience here in New England has been second to none. I’ve learned so much here from Bill and from coaching these players here. I’ve been very, very fortunate to be around some of the best players at their position over the last five years. One of the things that I missed about college was bringing a guy in as a 17-year-old freshman and watching him grow and graduate after four or five years and go on and be a real contributor to society, whether it was pro football or whatever the occupation was. I missed those relationships and I think one of the reasons I decided to do this was for that reason.”

Whether or not it was tough to take over the job at Penn State given the state of the program:

“When I was interviewed for the job there were a lot of tough questions on both sides. At the end of the day I felt very comfortable about the answers I got and I think they felt very comfortable about the answers they got. It isn’t the greatest situation in the world but I wasn’t there. I’m here now with a great staff and we’re just moving forward and we’re gonna work really hard to continue the traditions that have gone on over the years there. Do the best we can to field a great team and a team that has great character.”

If he has spoken to Joe Paterno recently:

“I spoke to him on the phone last week and had a really nice conversation with him. Like I said when I got the job I have a tremendous amount of respect for Coach Paterno and he and I share the same alma mater so I’ve followed Coach Paterno since I was a kid. You can’t say enough about all the things he did at Penn State and he did it the right way. He won a lot of games and he graduated a lot of guys so it’s an incredibly tough act to follow but I’m gonna try and do the best – I have a hard enough time being Bill O’Brien. I’m not gonna try to be Joe Paterno. We’re gonna do the best we can everyday to live up to the standards that he set.”

How tough it will be for the University to rebound from the sexual abuse scandal:

“You can’t ignore all the great things football-wise and academic-wise that have gone on before us but at the same time it’s a new era of Penn State football and we have to do a really good job of finding the balance of moving forward and paying respect to the things that have gone on before us. So things like the uniforms, where the students sit in the stadium, where the band sits, I’m not touching that. That’s what makes Penn State. We’ll just add a few traditions of our own as we move forward here and hopefully those will be accepted and we will field a very, very good football team that plays tough, smart football and graduates its guys.”