Bill Grier on Sports Betting Operation Charges Faced By Brandon Johnson and Other Torreros: “It just makes me sick.”

It’s the worst nightmare of not just the school but the entire NCAA.  Brandon Johnson, a former University of San Diego star basketball player, as well as another former player and a former assistant coach were all charged with running a sports betting operation to fix the outcome of college hoops games, federal authorities said Monday.  Johnson, who finished his career with the Toreros  as the school’s all-time leading scorer, is the biggest name charged. Authorities did not immediately comment on how they believed the business was run, and the extent of the scheme including the number of games fixed, is still apparently unclear. USD hoops coach, Bill Grier, is caught in the middle of the sordid mess. Though not in any way involved or aware of the operation, Grier is now forced to play clean up after the fact and to answer questions about how this could have possibly gone on under his watch. Awful stuff.Grier joined The Drive on XTRA Sports San Diego to talk about how he’s doing emotionally and psychologically after news of this broke, the support he’s received from the school’s administration so far, what it was like being woken up by the feds in the early morning hours, if he’s had a chance to speak with Brandon Johnson, how the NCAA puts together a powerful and comprehensive video presentation about gambling for all student athletes, and how a small part of him is still holding out hope that these allegations aren’t true. 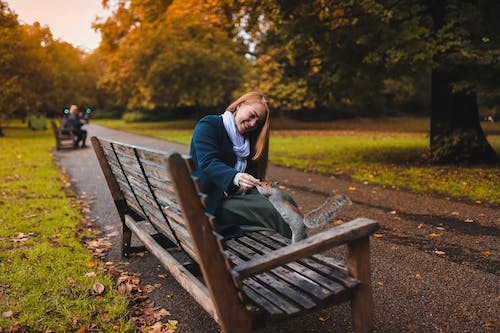 On how he’s doing:

“Well, you know, when your world gets turned upside down, I’m doing my best to bounce back. I started to get to a point, and it started mid-week last week of getting my head up and mainly get our guys re-focused on their school and workouts. And I think that’s helped me a lot. Our guys and kids in general, they’re a little more resilient and bounce back quicker from things. And I’ve kind of fed off them. We’ve talked about it a lot and we’re going to get through the best we can. I think our guys have done a great job.”

On the support he’s received from the university’s administration:

“Well it’s been huge. Like I said at the press conference, it’s comforting to have that support of your president and your athletic director. But I think the same thing with Ky (Snyder) and certainly with President Lyons. Ky has been supportive throughout my whole tenure, but at the first of this year, mid-way through the year, and at the end of the year. And we had a difficult season. I think one of the things he feels good about is he sees our young guys and he knows that we’re going to get this in the right direction. And they know what my character is like, and I think that’s why they’ve supported me through this whole thing.”

On what the feeling was like being woken up by the feds with this news:

“Well let me ask you — how would you feel if the FBI came to your door at 6:30 in the morning. I was in shock, I mean, and even though it was early in the morning and I was awake and all that and up, it’s still unsettling. But they were very professional, and I guess as cordial as they could be given the circumstances. But  yeah, it rattled your cage pretty hard.”

If he’s had a chance to speak with Brandon Johnson:

“You know, I haven’t talked to him, no. Would I like to down the road? Sure. I want to see how this investigation plays out, and if indeed this stuff is true, before I jump to a conclusion on anything with him. But if it is indeed true, I’m devastated by it and I’d feel betrayed. Myself and a lot of people at that university did a lot to help him through his career, through his academic career, all of that. It would just be so sad if these allegations are indeed proven true. It just makes me sick.”

If there’s an official NCAA symposium about this stuff or is it just him trying to educate his players about matters like this:

“No, it’s official. Like for example, with the gambling, we watch a video that’s put together by the NCAA. It’s 45 minutes to an hour long, and it’s pretty powerful, it really is. We discuss it. Our athletic department staff discusses it with them. So it’s not just me up there speaking my mind and thoughts on the subject, it’s a very, very powerful video presentation that the NCAA puts out that we do every year with them. And we talk to them about this stuff. So…”

If he’s holding out hope that these allegations aren’t true:

“I guess until it’s in a court of law, I mean, I thought the American justice system was innocent until proven guilty. I don’t want to get into a philosophical discussion, I guess in my mind, I just keep praying that this isn’t going to be the case with Brandon and whatever. Now maybe that’s extreme wishful thinking, but as I said, this whole thing is sad. And if it is indeed proven true, it’s just a sad, sad situation for a guy that’s obviously made some really, really poor decisions. That’s just the way I feel. I can’t count the number of emotions I’ve gone through on this again. It’s going to take time this investigation, you don’t know how long it’s going to go. And I’m not really privy to any information. So I just don’t know how this thing is going.”