Bill Devaney Confident Sam Bradford Will Be In Camp Soon And Ready To Work: “A day or two, trust me, it’s not going to retard his development whatsoever.”

The countdown to the start of training camps around the NFL is on. Some teams have already gotten their camps underway while the rest will report this weekend. One team that’s started things off is the St. Louis Rams, and they’ve done so without the presence of number one overall draft pick Sam Bradford. According to the team’s Vice President of Player Personnel, Bill Devaney, there’s no reason to panic just yet.Devaney joined 101 ESPN St. Louis to talk about the status of Bradford’s contract negotiations, how he thinks it’s just a matter of days at the most until they get something done, when he might get a bit concerned about the progression of the negotiations, what areas he thinks the Rams have improved the most, the revamped defense, offensive line and other areas of the team, and how he thinks the biggest difference from a year ago is the familiarity with the coaching staff and players with the system that was put in place last year. 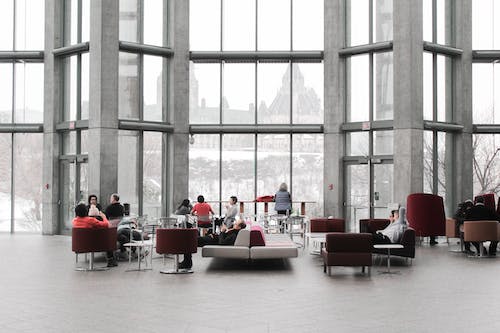 On The Status Of Sam Bradford’s Contract Negotiations:

On If He Has Any Anxiety At All:

On At What Point It Becomes Something To Be Slightly Concerned About:

On What Single Area He Thinks The Rams Have Improved In Most:

“You know what? And this is kind of a general statement, but the biggest thing is just the stability we had this offseason as far as there wasn’t the massive changes like we had the previous year. The OTAs and mini-camps, it’s not great for player evaluation because we’re in shorts and t-shirts, but it was obvious just how much faster our players were playing at. They knew the defenses. At this time last year, this playbook – every meeting, every practice – it was brand new. The coaches were introducing new plays, new defensive schemes and the players would take it out, and no matter what, there’s a learning curve that teams and players have to go through. That’s the biggest thing that jumped out – just how comfortable the players were with different schemes compared to last year. And quite honestly, the players are comfortable because the coaches know the players better. They had never gone through a game, as we sit here, at this time last year they had never gone through a battle together…they didn’t know the personalities of the players, the strengths and weaknesses of the players. There’s things you go through during a season where you go, you know what, such and such is good at this, we’ll stress that and don’t ask him to do this. Even their personalities. So and so you can’t jump on them during the game; it’s better if you do it during the week or when you take him in during halftime. All of those things – just being familiar with everybody – we’re light years ahead of where we were last year.”

On The State Of The Defensive Line And If He Thinks That The Unit Will Be Better At Pressuring The Quarterback Then They Were A Year Ago:

“Yeah hopefully we do. That was the plan during the Draft. All signs point towards Leonard not playing. We’re not completely closing the door on that, we’ll see what happens as we go along, but we needed to come up with some young guys that we could develop as young pass rushers. I think Chris [Long] is going to take it up a notch, he finished really strong in the second half of the season last year. James Hall is a solid guy, and then the three young guys, one or two have to materialize and become a solid pass rusher.”

On Their Linebacker Corps, Specially Diggs And Carpenter:

“Well I think they keep us in good graces every time we go to Ohio State, because their linebackers are making a living off of the Rams right now. Honestly, I can’t wait to see Bobby Carpenter in this defense. He was phenomenal in the OTAs in in mini-camps. He probably got his hands on more balls, either through interceptions or with deflecting passes than anybody on our defense. I think this is a great scheme for him, it’s tailored to his strengths. Like anybody, there’s things that he’s good at, and playing in a 3-4 defense, that wasn’t a great schematic fit for him. I think he’s going to add a lot to us. And Diggs, he personifies what a pro should be. He shows up everyday, works hard, he’s got toughness and he’s got size. Remember what we’ve talked about, we wanted to get bigger. We got bigger at linebacker, we got bigger at defensive tackle, Kevin Payne adds size in the secondary, we’ve got some big corners. So, are we there? We’re still putting this thing together; we understand that. But again, I think we’re light years ahead of where we were last year.”

On The Running Back Situation Behind Steven Jackson:

“I’ll be honest with you, we’re still dabbling with Brian Westbrook a little bit. We’re keeping that line of communications open. It is where it is, we’re not chasing him at this point, but we would love to have him. If he’s here great, if he’s not, we’re find with what we have.’