For those who take the time to truly listen to him and decipher what he is saying, Bill Belichick can be a great interview with some genuine insight and decent one-liners. Sifting through the dry, drawn-out rhetoric to get those gems does not appeal to everyone though. Some get him and some could care less. Fortunately, at SRI, we cater to both groups. For those interested in listening to half an hour of Bill Belichick on post-draft, post-Adalius Thomas football strategy, just follow the link at the bottom. For everyone else who is still a fan of the sport and may be interested in highlights from a conversation with one of the game’s greatest minds, we provide the best items, for the skimmable education. Bill Belichick joined The Big Show on WEEI in Boston to talk about Adalius Thomas, his relationship with college coaches, targeting players in the draft, measuring love of the game, and evaluating wide receivers. 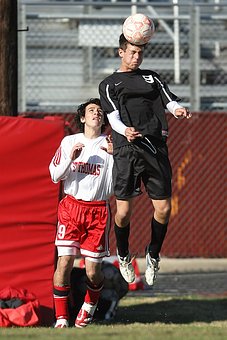 “After the draft, we talked about the personnel and we looked at our roster and so forth, so made a decision to move on the players we have. I think he was a good football player. He came in and had a heck of a year for us in ‘07. At this point in time, we felt that that was the direction we were going to go in. Every year after the draft, teams get certain players and then release players that we were with them in previous years – some with bigger salaries, some not – experienced players that have been productive in their careers. I’m sure we’ll see some more of that in the next week or so. Then it will probably die off. Then we’ll see some more of it when we get into training camp and towards the end of training camp. You can kind of mark those days down on the calendar as things that are going to happen. Who and how many and all that is a team by team decision. People get new players and want to give them opportunities to see their teams develop in a certain way. You move on from older players and bring in younger ones. It’s the nature of professional football”

On if his relationship with Urban Meyer gave him inside knowledge on the Florida players:

“I don’t think so. At the Pro Day down there in Florida, there were almost 140-150 people there from the NFL at the Pro Day. I don’t think those players are any big secret. We’ve scouted the Florida players since last Spring, all Fall, all through the all-star games just like everybody else has. There have been plenty of drafts when we haven’t taken Florida players, we haven’t taken players from Coach Saban’s program, Coach Ferentz’s program, Coach Hill’s program, Coach Schiano’s program, or anybody else’s. We are not partial to any particular school, but I do think that players from some of those programs, because of the way they play, what they look for, what they look for in players age 18, 17, 19, whatever it is coming out of high school, that often there is that same correlation fit the profile and the program that we are looking for. I don’t think that hurts those kids, but it’s certainly not a situation where we are drafting from those six schools… Do I think we have any inside information? Not really. I think everybody has seen the same games and watched as many practices and film and done as many interviews at the Combine as everybody else does.”

On if Devin McCourty was the player he had targeted going into the draft:

“No. We didn’t go into the draft looking at one player. There are a lot players in that draft that are good players. There are a lot of players in the first round that are good players. There are players after we picked that are good players. We felt like the value and the pick at that time, the best player was Devin, obviously. Each time you have a draft pick, you look at the board and the board looks different. That is very much different than, ‘We have three players targeted in the draft. What happens when we they are gone? What happens if other players that you didn’t expect to be there are there?’ I would have never thought that (Rob) Gronkowski would have been there when we took him. I would have never thought that (Brandon) Spikes or (Aaron) Hernandez would have been there when we took them. And quite frankly, I was surprised that Cunningham was still on the board in the second round. And I definitely didn’t think that (Thomas) Welch or (Ted) Larsen would be there at the end of the sixth or seventh round. We have taken players that didn’t nearly have the grades that they had in the fourth round because of the board being so depleted – like in the ‘07 draft for example. You just never know.”

On measuring how important football is to the player:

“It’s very subjective. There’s no real chart that you have. It’s just kind of an intuition and a little bit of feel. I think you can tell by the way the player prepares and what he puts into the game, his conditioning, his training, his film study, his knowledge of the game, the amount of time he spends thinking about both what he is doing and what his opponents are doing, and how well he prepares for it from a physical standpoint, you can certainly get an idea of the commitment both physically and mentally that he puts into the game. That’s a good indicator of how he will improve.”

And on evaluating wide receivers:

“A lot of production of college receivers is related to three things: 1) the system 2) the quarterback and 3) the skill level of the player. When 1 and 2 aren’t really there, no matter what 3 is, it’s hard for that person to be productive when the offense doesn’t throw the ball and the quarterback is not a high producer.”