Bill Belichick on the Post-game Handshake: ” It’s so heavily scrutinized by the media that it is an event bigger than the game itself which is so absurd.”

This offseason when the New England Patriots traded for wide receiver Chad Ochocinco the idea was for him to be involved in the offense in a big way, take pressure of Wes Welker, and have Ochocinco find new life after a change of scenery. While the Patriots passing game continues to click, Ochocinco has been nowhere to find. So far this year, Chad has just nine catches and has yet to find the end zone. I’m sure the Pats would like more from Ocho, but as long as they are clicking and putting up points that’s all that matters to Bill Belichick and Tom Brady.Bill Belichick joined WEEI in Boston with the Big Show to talk about the game against the Cowboys, why Chad Ochocinco has been so ineffective, whether or not he expected more from Ochocinco this year, why his snaps are getting limited, the handshake between Jim Harbaugh and Jim Schwartz, and Sean Payton getting hurt on the sidelines. 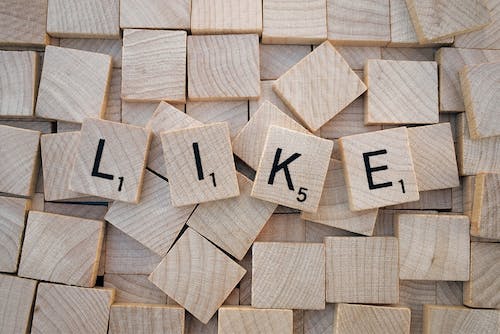 On the game against the Cowboys:

“We did some good things and we had some problems. Any time you turn the ball over four times your odds of winning aren’t very high so I don’t think that’s a good formula for us, but when all was said and done the team played pretty good football in the last four minutes. Had a good punt, covered it well, held them and got the ball back, moved it down, and scored. That’s when we had to play our best football and didn’t have any margin for error. We had already made enough mistakes in the game to put ourselves in that predicament but fortunately our players were able to respond at that time and make the plays when they counted the most. That’s why we won and had we not made those plays it woulda been a different result.”

On Chad Ochocinco not producing again versus the Cowboys:

Whether or not he expected more from Ochocinco:

“What we’re expecting to do is win, go out there and move the ball and score points. I feel like we’re doing a pretty good job of that so if we can produce offensively as a team and everyone is doing their job which involves a lot of different things then that’s good. If we’re not then we have to do better. We’re gonna try and do better anyway but you’re talking about team production in a team sport. Same thing on defense. The more we can turn the ball over, stop teams, get the ball back for the offense, be in good field position it doesn’t mean everyone is gonna have the most tackles or the most this or that it’s how we function as a team. If guys are doing their job then they’re gonna play more, they’re gonna get more opportunities and get on the field. If not somebody else will probably be doing it instead of them.”

On Chad Ochocinco not playing many snaps against the Cowboys:

“Some of that is game plan related. It’s not the number of snaps it’s the amount of production with the opportunities so obviously players that only get so many opportunities are gonna have few opportunities to have production than other players. The important thing is when they do get those opportunities they make the most of them in whatever the job is or their assignment is on that particular play.”

On the handshake between Jim Schwartz and Jim Harbaugh:

“No I dont think so. You always want to go out there as the winning coach that’s for sure. I think probably like a lot of things in football it’s become something a lot different than what it really was intended to be or really is. I think there was a time when you could go out there and actually exchange some words with your competitor after the game like a lot of other players do you have a relationship with a guy or whatever and after the game you go up say something to him. Talk for a couple of seconds and then go into your locker room and that’s it. You could easily go up and say something to the coach about the game if you lost, congratulate him or if  he won to maybe talk about the way his team played or whatever. Of course now it’s so heavily scrutinized by the media that it is an event bigger than the game itself which is so absurd. Like a lot of things it takes any personalization out of the game and makes it a public topic for discussion. I think it’s ridiculous that the media focuses on it the way it does. I’d like to think the reason the people are there is to see the game and see the competition, but we seem to want to talk about anything but the game. Thats the media’s job so that’s what they do but it takes away from the things you would say as a coach.”

On Sean Payton getting hurt on the sidelines:

“Yeah that’s a tough one. Same thing happened to Charlie (Weis) at Notre Dame. It was his third year at Notre Dame when he got there and it happens. We have all been hit on the sidelines and it certainly happens in practice, especially as a defensive coach where you’re standing by the defense. It’s a lot easier to get out of the way on the offensive side of the ball but things happen over there too. Defensively you’re standing back there in the secondary and those guys are moving pretty fast and it’s hard to get out of the way. You get mowed down by one of those guys you will feel it. They’re big, they’re fast, and they’re not really focused on you. You’ve gotta give them so space.”