Last week, SEC commissioner Mike Slive used his time at the podium during the league’s media days to launch a new plan and path that he believes is critical for the future of college football. At least it seemed pretty new to me, and I thought to plenty of other people as well.It wasn’t new to Dan Beebe. The Big XII commissioner says Slive simply went public with ideas that had been discussed at meetings between the commissioners from every major conference. Beebe says that none of the ideas — which included increasing student-athlete’s stipends, more rigorous entry requirements to get into school and reassessing some NCAA rules — were surprising to him.Dan Beebe joined ESPN Radio Dallas with Galloway and Company to discuss the changes in the Big XII over the last year, reassuring Texas A&M that everything will work out concerning the rival Texas Longhorns’ network, if every major football program will have its own network eventually, the frustration that comes with many saying the Big XII will surely break up, rumors of Texas A&M heading to the SEC, and his reactions to Mike Slive’s proposal for the SEC last week. 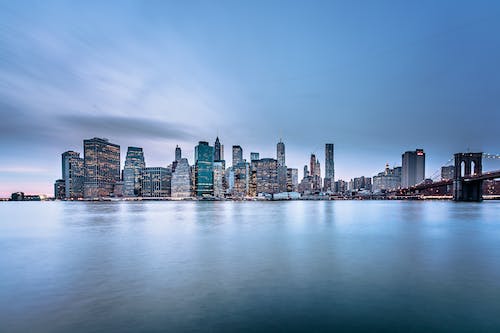 “It’s been rewarding in some ways. There was certainly a lot of work to be done both in negotiating with our departing institutions, which we got settled in a way that didn’t cause a lot of angst between institutions. … And then of course we rolled into the significant television negotiations for our secondary football rights and ended up in a very good place with that and in a very good place with our next negotiation in less than four years now for our primary football rights and all of our men’s basketball rights.”

How do you reassure universities, particularly like Texas A&M, right now that everything is going to be OK?:

“There’s going to be concern about the stuff that’s uncertain regarding the launch of institutional networks. It’s new ground. Nobody knows for sure what the answers are. But in calls we had this week with the athletics directors and the board of directors, there’s a continuing spirit of working together, of a desire to ensure the conference is stable as we go forward and a good feeling that we will work it out.”

Do you believe that every major program will have its own TV network in the next couple years?:

“I don’t know about that because I think that some have already contributed all their rights to their conferences — the Pac-10 and the Big Ten, for instance, and also in the ACC. The SEC did what we did and that is, every institution is preserved the right for a football game to be used. … We’ll have to see. Notre Dame has announced its intentions to have a network. BYU has a network already, BYUTV. I don’t know how it’s going to go the rest of the way.”

How frustrating is it that some folks say these networks are a sign that the conference is surely going to break apart?:

“I think that it’s understandable, based on what happened last year, there’s going to be people who think that any kind of fissure between our member institutions means this is going to end the conference. No decision-makers have said that. … It’s been stated the conference is in good position and we look forward to working together to iron out our issues. And then are those people who want something bad to happen. It’s those people in the media or public who want to go see a car wreck. … There’s those that have concern and don’t want to see bad things happen but then there’s an element of people who want to see bad things happen.”

What about the almost-constant talk that Texas A&M is heading to the SEC?:

“That’s been going on for 20 years before the Big XII was ever formed. There’s a segment of the A&M population that thinks that’s the best place for their institution. Fortunately, they’re not the ones that are making decisions on this. Also, I think it isn’t the best place. To have these rivalries, the fact that there’s so much concern about what the other schools are doing, indicates there’s a great rivalry. To move away from that would be a tremendous tragedy. … When institutions are in conferences that are not within their orientation, I think that’s a big problem.”

On SEC commissioner Mike Slive’s address at the league’s media days with his somewhat surprising plan for the national landscape of college football:

“Yeah, it wasn’t new. We’ve talked about it as commissioners and it’s been in the public domain a little bit. We’ve all talked about needing to look at increasing the grant level of compensation for student-athletes. Not compensation, but award for student-athletes. There’s nothing magic about the fact that years ago it was decided that room and board, tuition, fees and books and a laundry fee would be what student-athletes get. There’s still other expenses that we could decide we want to help cover. … Initial eligibility and tightening that up has been discussed. All of these matters are kind of floating around in a way that now needs to be brought to national attention. And with the new NCAA president, he’s really dedicated to doing that.”