Ben Roethlisberger never sounded all that happy about the fact that his Pittsburgh Steelers were going to switch their offensive scheme under former Arizona Cardinals coach Todd Haley. And Roethlisberger is still sounding a bit irritated about his new offensive coordinator this summer. Roethlisberger spends the following interview explaining how the Steelers are coming along when it comes to learning the new offense, but also dips into realms where he tells the fans they got their wish in wanting a more run-oriented offense and that he might revert back to his rookie year where he picked out one receiver and then bolted when they weren’t open. Ben Roethlisberger joined 93.7 The Fan in Pittsburgh with Joe Starkey to discuss the new offense, not being comfortable with the change, meeting Todd Haley, the relationship with Haley, a run-oriented offense, if he’ll change his style of play to avoid hits and if he’ll still be allowed to make something out of nothing. 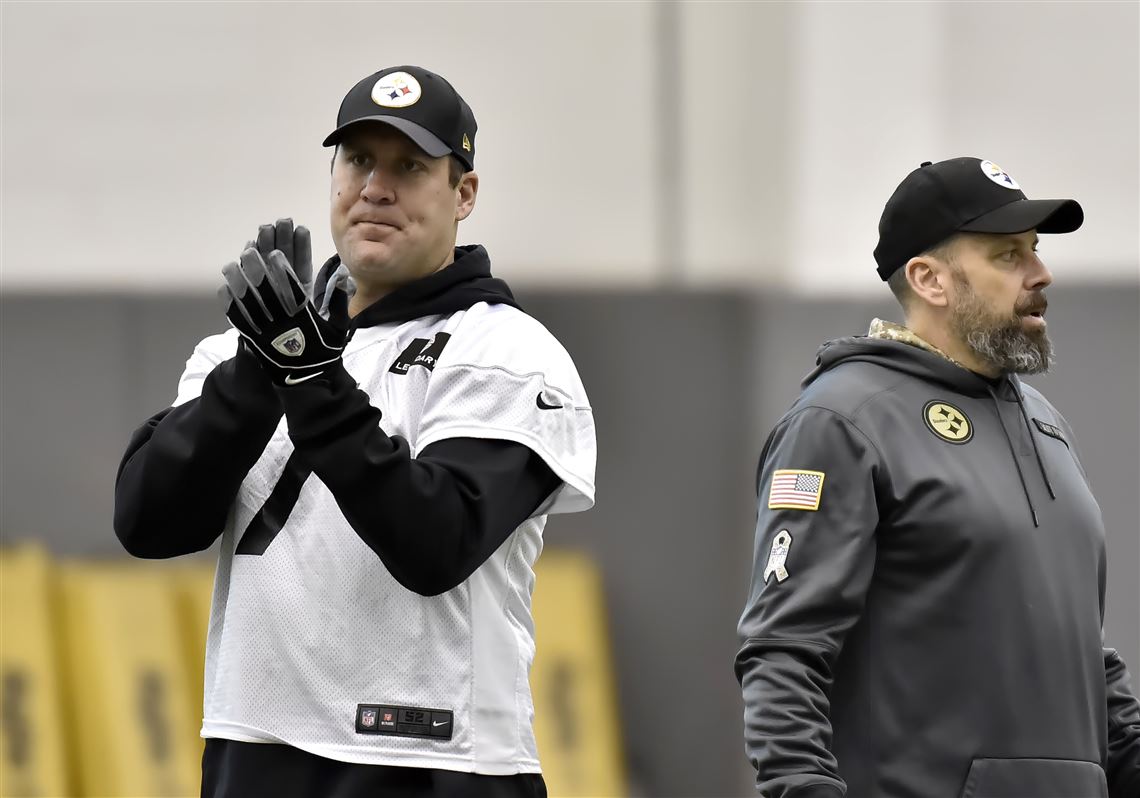 On the new offense:

It seems clear from public comments that this change wasn’t comfortable for you. Is that accurate?:

“Absolutely. It’s different. It’s changed. And I’m not saying that change is bad, but because it’s different and it’s something that you’re not comfortable and used to doing, you’re not going to be comfortable, obviously. But you’ve got to take the bull by the horns, as they say, and try and run with it.”

What was your first meeting with Todd Haley like?:

“You know what, it was so long ago, I don’t even remember anymore. But that got blown way out of proportion. There are so many rules that we can’t talk and he was moving. There was so much going on that people decided to make a big deal out of, really, nothing.”

“It’s just like this offense is a work in progress, so is learning the offense and learning each other. He’s learning me and I’m learning him just as much as he’s learning the rest of the players. So, we’re just taking every day one day at a time.”

But clearly you were comfortable with the way things were, right?:

“Well, absolutely. You do it for long enough, you get comfortable with anything.” So you weren’t necessarily in favor of the change, but you just have to jump on board?: “Yeah, absolutely. You have no choice. And we’re coming along and every day is getting a little bit better and we’re learning and well be running the ball a lot this year, so fans should be happy.”

Will you be running it a lot?:

“I think so… That’s the way it seems. We’ve got some good ball carriers. I know [Isaac Redman] is excited about the opportunity and I know the fans want it, so it looks like they’ll be getting their wish.”

Does not take as many hits require a change in your style of play?:

“No, I’m just going to play the game the way I know how to play. If injuries happen, they happen. I’m not going to go out and be scared and not play the game full tilt and with everything I’ve got.”
You’ve always been able to make something out of nothing. Is that still part of the gameplan?:
“You might see more of it because I don’t know what everybody’s doing on every play. So it may be like my rookie year where I find one guy and if he’s not open, I start scrambling. We’ll see.”