Yes, it’s been a hellacious offseason for Ben Roetblisberger and the Pittsburgh Steelers. But you know what? What’s great about America, and especially in sports, is the fact that there’s always a chance for redemption. There’s always time to make amends and do right when given a second chance. Big Ben may be suffering in the court of public opinion, but what really matters is that his organization and fans believe in him. When he returns from his suspension – presumably after four weeks – he’ll have every opportunity in the world to make people forget about his transgressions by winning games and keeping his nose clean. If he does that, his slip ups will go down as just a minor tarnish on what already is a fantastic legacy quarterbacking the most successful franchise in NFL history.Roethlisberger joined ESPN Radio in Pittsburgh to talk about the reception fans have given him since his return, getting his life back on track, being more available to the media and fans this training camp, the competition between Dennis Dixon and Byron Leftwich, having to step away from his teammates after this camp while serving his suspension, the Steelers rookie wide receivers, and how he thinks he’ll be treated on the road by opposing fans. 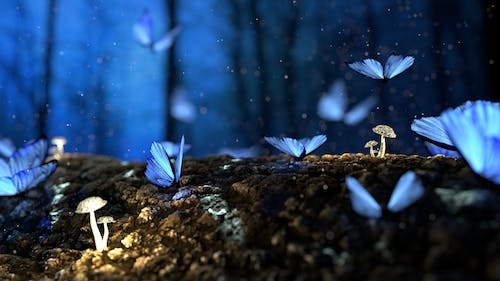 On how he’s feeling about how the fans have received him and his return back into the fold with his teammates:

“Well I feel great. Obviously getting on the football field was first and foremost because it was getting back out there with the guys, and getting back doing what I love to do which is playing football. So it was great, the fans were awesome. Yesterday was the last day and there were tons of fans getting autographs, so I thought that was really good.”

On getting caught up in the Big Ben persona:

“Well I think when people keep telling you how good you are, you start to believe it, you know? It’s just something like I said, it’s in my past and it’s something to move forward from.”

On being more available to the media and fans, and if he’s enjoying that:

“No, you know what? It’s been fun. I understand that everybody’s got a job to do. And sometimes I didn’t really appreciate what the media had to do because it sometimes feel like it is a pain. But you understand that they have that job, so you have to not necessarily learn to deal with it, but if you talk to them and understand that they’re doing their job, it’s not all bad actually.”

On if he thinks he’s a different person since last January:

“I don’t know if I’m a different person. I’m still me. It’s just, I understand myself maybe a little bit better.”

On if he’s required to talk to the league each week during his suspension:

“No there isn’t. I don’t know if the Rooneys or someone in the organization is talking to them weekly. I’m not sure. But I do not talk to them on a weekly or daily basis, no.”

On how tough it will be having to step away from his teammates after the preseason:

“Well it’s going to be tough because I can’t be with my guys and that means the most to me. So that will be hard. But I’ll keep myself in shape and be prepared as I can be for when I come back.”

On what he thinks of the two quarterbacks that are vying for the starting job during his suspension:

“Well I think each quarterback brings some different to the table. We all know how strong Byron’s arm is, and the leadership you know, he’s been around playing. And Dennis hasn’t been in the league very long, but he’s very mobile and has been throwing the ball very well.  So it’s going to be up to coach, you know, what ever they think the game-plan type is. Whatever they decided, each guy brings a little something different. You know, we’ve told Dennis to really utilize his legs, but he can’t pass up something down the field to take off running. But he knows that, and I think he’s gotten a lot better with it.”