Ben Leber: The Whole Favre Schism Thing Is A Joke

I’ve never been in an NFL locker room, so really, my idea of what it’s like to be inside one comes from Hollywood.  With that in mind, I find it really hard to believe that there could possibly be a huge divide in the Vikes’ locker room between those who love Brett, and those who hate him.  Obviously, some teams are in greater harmony than others, but what had Minnesota’s quarterbacks – specifically Tarvaris Jackson – done to solidify the starter’s role for themselves?  I understand the players being downright pissed because of the media cloud hanging over their heads the past few months, but when it finally became official that Brett was signing up, all that energy focused on anger should have been, and most likely was, turned to football.  Now, can the regular season start already?  Ben Leber joined XX Sports Radio in San Diego to discuss how the media frenzy has died down, that the idea of a schism is a complete joke, and he labels Jared Allen with a catchy description. 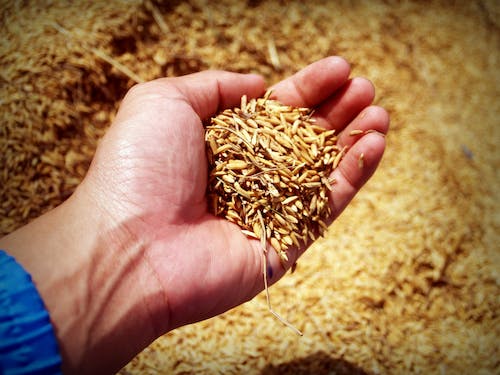 On if there actually is a schism in the locker room as reported in the media:
“It’s been a huge joke in the locker room, a huge joke.  Everybody’s having fun with it only because we think it’s just crazy that there is this huge divide.  Before I read the reports last night, there was never a sense, like guys whispering in the corner, ‘I can’t believe Favre’s here and Tarvaris doesn’t have a job, or Sage doesn’t have a job.’  As far as I know, everybody is excited about Brett being there, excited about what this team has to offer.  Obviously, there’s gonna be some players that have their feelings hurt outside Tarvaris and Sage.  Those guys have made some good friends, and so, yeah, I’m sure emotionally they’re like, ‘Ah, it sucks my buddy’s not going to be the starting quarterback.’  But, come on, we all know what the NFL is all about and it’s nothing personal, that’s just how business is done.  We brought in a Hall of Fame quarterback and we’re gonna roll with it.”

Are you guys excited to get this going?
“Everybody’s waiting for the regular season to start and we’ll get a good gauge of where we’re at, and if we start the season 2-5, then yeah, maybe we made a mistake or it’s gonna take us a little longer.  Certainly, winning does cure all and we’ll hold all of our emotions and opinions until that time comes.”

Are you sick of all the media attention because of Favre?
“You know, to tell you the truth, we haven’t had, other than the first few days that he was there, all the attention has kind of died down.  We’ve got just one media truck that sits outside for whatever reason – I think it’s because of the whole schism thing – there was two or three days of all kind of trucks outside of our media complex, and then nothing until this morning.  So, there hasn’t been a huge distraction, you know, he has his own press conference after practice and they do all that stuff.  The locker room is not flooded with anybody, the media still gets kicked out after a few minutes of practice; it’s business as usual for us right now.”

On Jared Allen’s wardrobe:
“He takes a lot of flack for some of the ‘coon skin hats and stuff he wears, but like I said, it’s him.  It’s like ‘white trash classy’ I guess.  He’s rocking the jorts, and the wranglers, he’s had some pretty hilarious t-shirts that he’s developed, so, he wears those around training camp and stuff.  So, it’s pretty fun.”
Listen to Ben Leber with Darren Smith on XX Sports Radio