Ben Gordon: “We have good enough talent to make the playoffs”

Last season was a disappointing year in the Motor City for the Detroit Pistons. After aseason that saw Detroit win close to 60 games, last year the Pistons earned just the eighth seed in the playoffs and were sent on vacation early by the Cleveland Cavaliers. Well this off-season, the Pistons were one of the most active teams in free agency. When free agency opened up, Detroit wasted no time bringing in two of the top free agents on the market, Charlie Villanueva and Ben Gordon. The thought was that Charlie V and BG would a couple pieces to get the Pistons back to their Championship level this season.Charlie Villanueva hasn’t been great, but he’s averaging 14 points per game. Meanwhile, Ben Gordon has struggled to stay on the court like a number of the Pistons. Last season in Chicago, Gordon was the team’s leading scorer and hit a ton of big shots for the Bulls. This season Gordon has struggled. His shooting percentage is down, his points per game are down from last year and he hasn’t been able to stay healthy. After a promising offseason, we are halfway through the season and the Pistons are outside the playoff picture in the Eastern Conference and are one of the worst teams in the NBA.Ben Gordon joined WDFN in Detroit with Shep and Sharp to talk about the injuries that he has had to deal with this season, the struggles of the team despite a promising off-season, and whether or not he still thinks Detroit can make the playoffs. 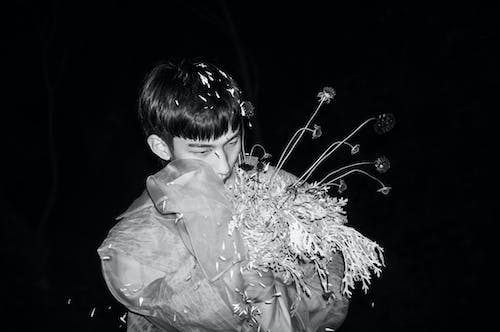 On how he is feeling health-wise:

“I’m recovering pretty good. I had like a small tear in my groin so it takes a while for that to fully mend and that’s what I’m waiting on now before I return.”

On the frustration with all the injuries on the team:

“Yeah, don’t forget Will Bynum too. Everybody’s been hurt and like you said we haven’t had our full team since the first game of the season. It was very frustrating. Nobody ever would’ve thought something like this would’ve happened. Right now you just have to deal with it and everybody needs to try and get healthy as fast as they can so we can all get out there and see what we look like.”

On the relationship with Head Coach John Kuester:

“It’s going well. He’s a coach that likes to communicate with guys and has a very open relationship with everyone. It’s been going really well and I think the way that he deals with his players, guys respect him and he has a genuine interest in everyone so it’s cool.”

On some of the disputes that have gone on during games between Pistons:

“That’s normal. Especially when the game is heated and tension is thick and guys are going back and forth. That’s normal. As long as it’s settled right there after the game, then it’s fine. Not really that big of a deal. When it lingers though that’s when it becomes a problem.”

On the health of his former coach Jim Calhoun:

“Usually coach only misses a game or two each season. He always misses a game each year and we always thought it was kinda his way to test his coaching staff. I didn’t reach out to him right away but it seems like it’s a little bit more serious. I know he was battling some health issues in the past, so I hope everything is alright. I haven’t gotten a chance to talk to him yet.”

On how much concern there is that the team may miss the playoffs:

“There’s concern right now. Especially not having everyone healthy of course there is concern. We’re just focused on everyone getting right. I think we can still make it. There’s still plenty of basketball left to be played. We gotta turn things around in a hurry. We can’t wait till the very, very last minute. We have good enough talent to make the playoffs there’s no doubt in my mind. We just gotta get a streak of wins going.”

On whether or not he expects to stay in Detroit long-term:

“One of the main reasons I came here was Joe Dumars. He has a vision of getting the team back to where they were in the championship years and I know he’s going to do everything he can to put a team out there or build a team that over time will try to compete for a championship. That’s my main goal as a basketball player to win an NBA Championship. I know Joe always has that goal in mind and I will too so I can definitely see myself being here for the rest of my career.”