When Ben Gordon makes an appearance on SRI, it always sparks one of the enigmas in the game of basketball today: Where does Gordon fit on an elite team?  He’s 20 points a night easy, there’s no doubt about that, but what about the other end?  In a league where teams’ best scorers often play at the two or three spot, BG is a huge liability.  Ben tries to sugar coat that below by saying the game is moving towards a less physical style of play, blah, blah, blah, but the game hasn’t changed since April.  During the first round of the playoffs, BG was abused by Ray Allen, and this is Ray Allen we’re talking about.  A guy who rarely goes near the hole and keeps his game on the perimeter, but whenever he felt like overpowering the much smaller Gordon, he took him in to the lane or the post and was either fouled or scored.  It’s not that Ben wasn’t working or playing smart defense, because he was in Ray’s way every play, it’s that he was simply over-powered.  He has to be hidden on defense against a good offensive player and it’s something which will hinder his team’s championship aspirations for the rest of his career.  Gordon joined WSCR in Chicago to discuss how he was handled by the Bulls in negotiations, he scoffs at the idea of sharing playing time with Pargo, how the game has changed, and the game plan for the Pistons this season. 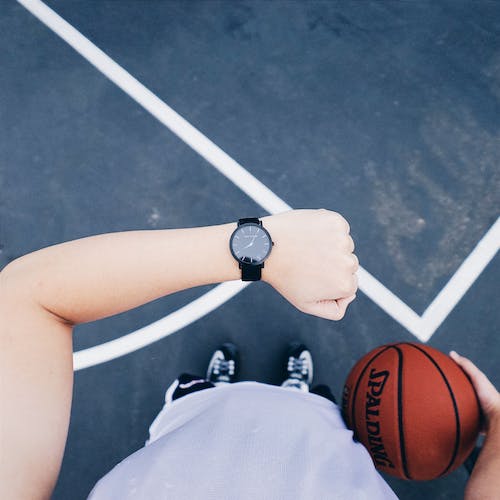 Scoffing at Jerry Krause’s claim that he would have had to share playing time with Jannero Pargo if he returned to the Bulls:

“Jannero’s a great friend so I wasn’t laughing at him, but just the statement in itself that I would have to fight for playing time after leading the team in scoring every year is kinda funny.”

On how he was dealt with by the Bulls through the years of negotiations:

“I mean, I’m a pretty straightforward person; that’s all I ask at the end of the day.  That’s not how things were handled but it is what it is.  Last summer, they had an opportunity to work on a sign-and-trade but I guess they didn’t wanna do that, so here we are today.”

On the game shifting towards a style of play where a player like him is more valuable:

“You look at the Pistons, they were kind of a grind it out, really tough defensive team.  That team probably won’t win the championship in today’s game – not because they’re not talented – but with the style of play they had, they would definitely have to adjust.  You can’t play as physical, you can’t grab guys, you can’t play that way in the way that they’re officiating the game these days.”

On the style of play to be implemented by the Pistons:

“I know we’re gonna be a very high power offensive team, so we’re gonna definitely get out, and run, and play uptempo, and try and score a lot of points.  Just talking to coach Kuester, we’re really gonna have to focus on rebounding the ball well and playing team defense, ’cause right now we’re not a big team on our front line particularly.  So, we’re gonna have to focus on really playing team defense and trying to create offense through our defense, but still playing that uptempo style, and kinda getting out on the break and having a good time.”
Listen to Ben Gordon on WSCR in Chicago.