Ben Cherington: “This deal is only as good as what we do in the next several months”

As the Boston Red Sox were in the middle of an extremely disappointing and injury-riddled season, they decided it was time to make some big-time changes. The team put some of their most high profile players on waivers to see if any team would bite. The Dodgers took the bait on all of them. In a post-trade deadline blockbuster, the Red Sox were able to shed over 250 million dollars in salary by trading away Adrian Gonzalez, Carl Crawford, and Josh Beckett along with Nick Punto. Losing these kinds of players certainly hurts but the Sox were going nowhere fast and the franchise was in bad shape when it came to the future of the club as well. With issues in the clubhouse and an underperforming nucleus, Boston needed a fresh start and that’s exactly what they will be able to have thanks to the Los Angeles Dodgers desperation to win. Now it is up to Ben Cherington and his staff to capitalize on this potentially franchise-changing opportunity. 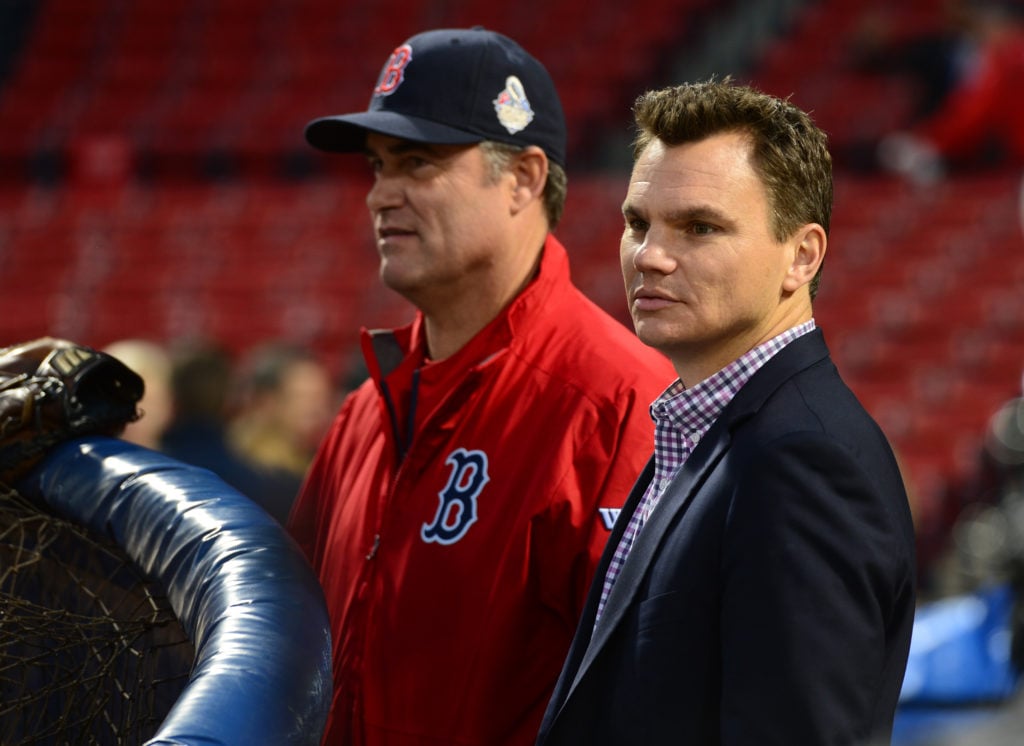 Ben Cherington joined WEEI in Boston with Dennis and Callahan to talk about whether he was surprised that the Dodgers would take on so much salary at once, if he felt Josh Beckett needed to go, how excited he is to complete a deal like this, whether the Dodgers showed some resistance and the future of Jacoby Ellsbury in Boston.

If he was surprised the Dodgers took on so much salary:

“I think there was a lot of motivation on their part. They’re in a different position than we are obviously and Adrian makes a ton of sense for them. Not just in their lineup but with what they’re trying to do a building that business in Southern California. I can understand that motivation and trying to put a flag in the ground out there. I can’t really speak to it, every team has a reason why they do things and they obviously felt like this made sense for them and we felt the same sense for us.”

If he felt Josh Beckett needed to go:

“I think I have said publically that I think the criticism of him has been unfair. Performance-wise he would admit that this year there had been some outings that he wished he would’ve done better. For the most part, the guy was a really good pitcher for us and certainly earlier in his tenure here was a great pitcher for us and was on the mound for some huge games. I felt like some of the criticism of him got too much and that made it harder for him to be who he wanted to be and perform at the level he wanted to perform at. It’s possible that this gives him a fresh start and was the right thing to do for everyone.”

How exciting it was to complete a deal like this that can be a franchise changer:

“Let me first say that this really was a team effort. I know it’s boring but it really is true. A deal this size it has to be a collaborative effort and it was. There were a lot of conversations at different levels with the Dodgers back and forth. Ultimately we are excited about it and the waiver process had to land it and once the Dodgers were rewarded the claims then we went to work and there were a lot of hurdles to jump through. It really wasn’t until Saturday morning when I felt like this had a chance to happen and at that point we were excited. This deal is only as good as what we do in the next several months and the decisions we make with this new opportunity and flexibility we have given ourselves.”

If the Dodgers resisted at all:

“Certainly there was a lot of back and forth and other things we asked for we didn’t get. (Host: Like what?) You never get everything you wanted in a deal but we’re happy about it and getting to know the three guys we got. In Webster, he’s going to make a start in Double-A and we’re starting to get to know him. Dejesus and Loney get started and then we get a couple of more players after the season and get to know them. Hopefully, we’ve added to the talent, the upper-level talent in the system and hopefully, this is another step towards rebuilding our pitching staff. Again a large part of this is going to be how well we take advantage of the opportunity and what kind of decisions we make going forward.”

On the opportunity to add players this offseason with this trade:

“I’m excited about the players that we still have first of all. We have a great core still and a couple of them or a handful of them are injured right now but they’re going to get healthy and as we go and look toward next year I feel like we have a core of talent that we can build around and build a really good team. We removed some talent, we traded some talent and traded some flexibility but we still think we have a lot of talent here and it will be exciting to find ways to complement that core talent. We have to be smart and doing it, we can’t just go and try to fill a void in one or two fail swoops. We have to try to build a team and do it in a smart way and in a way that reflects what we believe in.”

On the future of Jacoby Ellsbury:

“We know what kind of player he can be and he’s a guy that has come through the system and knows what it takes to be a good player and a great player in Boston and obviously has been a part of really good teams. He’s the type of guy that we would want here. We haven’t gotten into any kind of conversation about past next year, past 2013, but I’m sure there will be a time to do that and I had a chance to talk to several players over the weekend right before and after the trade was announced and part of the conversation, a big part of the conversation, was ‘guys look we’re not looking to take a step backward here, we’re trying to take a step forward.’ We’re going to build the best possible team for 2013 and obviously Jacoby is a huge part of that.”