Many people say the third time is the charm. In the case of Barry Larkin that proved to be true this week. After missing out on his hall call the first two years he was eligible, Barry Larkin received the call that he had been waiting for on Monday. Not only will Larkin go into the Hall-Of-Fame, but he is the only member inducted in the 2012 class and got the call in resounding fashion. The former Reds shortstop was named on 495 of the 573 ballots and rightfully so.Barry Larkin was one of the best shortstops of his era. He spent 19 seasons in the bigs, all with the Reds, won nine Silver Slugger awards, three Gold Gloves, and was the National League Most Valuable Player award in 1995. If that’s not enough, Larkin finished his brilliant career with an average of .295, hit 198 homeruns, and had nearly 400 stolen bases. If that’s not a Hall-Of-Fame shortstop then I don’t know what the resume is supposed to look like. 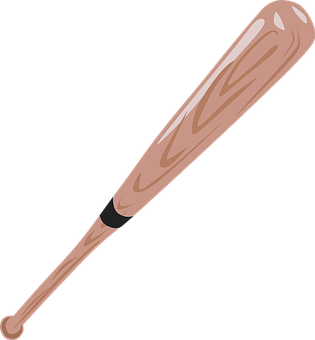 Barry Larkin joined The Dan Patrick Show with guest host Mike Florio to talk about how nice it is to be “Hall-Of-Famer” Barry Larkin, what his day was like leading up to the phone call he received, who he credits for his success in the bigs, and if he has thought about Pete Rose being the person to introduce him into the Hall.

On the feeling that he will always be introduced as “Hall-Of-Famer” Barry Larkin now:

“That’s what I was told the other day. I’m working on trying to accept that. It’s been a crazy 24 hours now because yesterday we were preparing to see if this was indeed going to happen. Thank goodness we got the call. Ever since we got the call it has been crazy.”

What he did leading up to getting the call:

“Five or six hours beforehand I was out on the golf course being as frustrated as I ever was. That’s hasn’t changed. The Hall-Of-Famer thing doesn’t change the golf stroke. It was nice out but I noticed when I got up at 6:00 we had a full moon and it was shining brightly and I thought oh this may be a special day. I go out, (hit) my first tee shot, and okay maybe it’s not going to a special day on the golf course so I wasn’t really thinking about it too much but then probably about a couple of hours before the call was supposed to come and that was because we had made some preparations and we had people over to the house, there were some camera crews there, and we had done that the last two years, this was my third year on the ballot, so we had been through this exercise before in the two years previous, we did not get the call. It was an anxious time and when the time came and went when we were expecting the call, the announcement show was at 3:00, we were told we would know if we were going to receive the call at 1:30. About 1:15 my agent calls me and tells me they’re running a little behind schedule. Now if you get the call it will be around 2:30. 2:30 came and went and it was 2:50 and the announcement were to be made at 3:00 so at 2:50 I had started to speak to my wife and kids about okay well we’re gonna go to New York at the end of the week this next week anyway so we will be up there.

They looked at me and said ‘are you giving up dad?’ Soon as I said that the phone rang. I remember at that time almost having an out-of-body experience going is someone going to answer the phone? I’m sitting probably about three feet away from the phone. (Host: Were you afraid to pick it up?) I wasn’t afraid to pick it up. I just felt I was moving in slow motion. You know how you have that dream and you can’t get away from that monster, can’t do what you need to do because you’re moving in slow motion? That’s kinda how I felt. It was an unbelievable experience. I answered the call, it was Jack O’Connell, and he explained to me that he was going to change my day. I said good because my golf wasn’t very good today. That’s how it went down. It was a great day, we got on a plane a couple hours after that, and now we’re here in New York.”

Who he credits for his success:

“I don’t think there was one person that influenced me the most. I think it was a combination of a lot of guys. Pete Rose was my first manager and gave me an opportunity. Dave Parker, Eric Davis, Tony Perez, all those guys were huge but I think the guy that I spent the most time with on the field who helped me through what was going on on the field was Buddy Bell. Buddy Bell was our third baseman in Cincinnati.He would talk to me about positioning, players, scouting reports, the mental and physical aspects of the game, called me to take ground balls with him, told me he wanted me to always take the time to keep things in perspective and slow down the game because that’s what the great players do. Buddy just really reached out and made me feel good. On the field he was the guy. Eric Davis invited me to stay at his house the first offseason, really didn’t know me that well, but invited me to his house to spend some time there.

Pete Rose gave me a bat to use my first at-bat and his Mizuno shoes because my stuff did not make it to the minor leagues and I had nothing as I came to the clubhouse. He was my first manager and set the standard from a Charlie Hustle standpoint. I have had so many great influences in my baseball career and early in my baseball career I say I’m lucky because I was able to learn as soon as I got to the big leagues and as soon as I got to the organization, I was able to learn their brand of baseball and the way they play baseball. Just permeated its way in my approach to the game.”

Have you thought about Pete Rose introducing you into the Hall of Fame:

“That never even crossed my mind. I pretty much know who I’m gonna have introduce me. I will make that announcement when I confirm with the person that I’m thinking about. That didn’t even cross my mind at all.”