At the end of the 2011 season, LSU defensive lineman Barkevious Mingo looked like a future NFL star. Tall, athletic, fast and explosive, Mingo created havoc for opposing offenses in the SEC. A little bit of the shine was taken away from Mingo this year though as he didn’t have the kind of production that was expected of him. He has turned into one of the more polarizing players in this year’s draft. Is he a defensive end or an outside linebacker? Is he strong enough to play at the next level? Why did he have just 4.5 sacks this past season with the Tigers? All of those things are legitimate questions. However, Mingo is worthy of a Top 10 pick. His speed, athleticism and explosiveness can’t be taught and if he is used properly at the next level, he has a chance to be the same beast he was for LSU in. Barkevious Mingo joined WFTL in Fort Lauderdale with Orlando Alzugaray to talk about whether he thinks he will fall out of the Top 10, whether he has met with the Miami Dolphins this offseason, why he loves playing for Les Miles at LSU, whether he thinks he is a 4-3 defensive end, why he stopped playing basketball to concentrate on football and if he thinks he can get stronger. 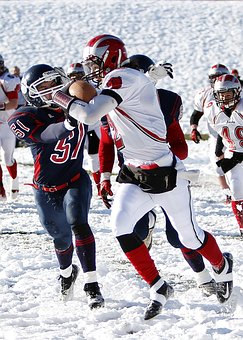 Whether he believes there is any chance he falls out of the Top 10:

“You never know. It’s crazy how things work out. Just looking forward to playing on any team that I can get a chance to play on.”

Whether he has met with the Dolphins this offseason:

“I met with a bunch of teams at the combine. I think the Dolphins were one of them but just a full day of meetings I guess.”

On why he loved playing for Les Miles at LSU:

“He just has a personality that relates to us players. He’ll goof up and goof around with us and that’s the kind of stuff that we enjoy about him. He keeps us laughing, keeps every practice interesting and you never know what’s going to happen. We love coming in to play every day.”

Whether he thinks he can play defensive end in a 4-3 defense:

“I definitely think I can play d (defensive) end in a 4-3. That’s what I have been playing my whole career. I think I’m good at it, I think I can get better at it which is a plus. Just getting bigger and filling out for that position is what the coaches want to see. That’s the main thing that are turning their heads away from me at this point. Putting on the weight and show the coaches that I can do it and that’s done.”

Whether he thinks he has the frame to add 20 more pounds or so:

What made you stop playing basketball and concentrate on football?

“Genetics. I stopped growing. I was a big guy, a four or five, but stopped growing around ninth grade so I was like ‘yeah this might not work out’ so I made the switch.”