Avery Johnson Believes That Things Will Turn Around in New Jersey

The New Jersey Nets were the worst team in the NBA last year. Not only that, they were historically bad.  That is a fact. However, things could be headed in the right direction in New Jersey. Despite missing out on all the big-time free agents in the offseason, the Nets have an owner with very deep pockets, and they also have a strong head coach in Avery Johnson leading the franchise for the foreseeable future. Most importantly, they have a solid young core in place led by Brook Lopez and Devin Harris. While they have struggled a bit out of the gate, New Jersey already has six wins this season on December 10th and when you take into account that they didn’t get their sixth win until February 27th last year, you can see that the light at the end of the tunnel is getting a little bit brighter.Avery Johnson joined WFAN in New York with Joe and Evan to talk about the play of Brook Lopez this season, what happened with Terrence Williams and what they expect from him, whether or not he expects to start Derrick Favors any time soon, who he thinks is the best team in the Eastern Conference is this season, and whether or not he is satisfied with moral victories. 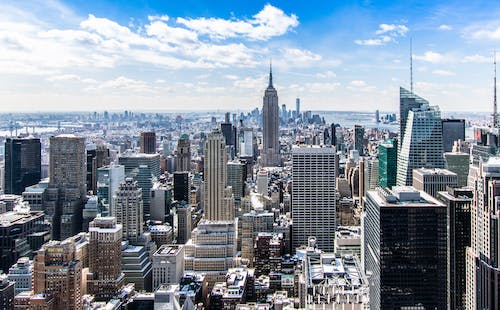 On whether or not Brook Lopez has regressed:

“No, not at all. He’s had some big games for us this year. He’s in a totally different system and that’s no knock on anything he has done in the past. We’re asking him to do a lot and he’s learning some new techniques. We have a guy in Kris Humphries that’s out there rebounding next to him and we’re asking Brook to defend not only the paint but help us out more on the perimeter with his defense, especially with some of the guards that we have to trap. It’s a long way to run back to the basket sometime when you have to trap guards on the perimeter because of our lack of perimeter defense. He hasn’t regressed. He’s been like our team, a little inconsistent at times, but Brook’s gonna end up being a guy that can get you 20 points per game, he’ll be in the range somewhere between nine and twelve rebounds per game, and probably two blocked shots. He’s not there yet. He’s a 22-year-old third year player but he’ll get there one day.”

“Yeah. Terrence came back to us yesterday, had a good practice, we had a good talk before practice, he knows what was expected of him, and he’s gonna come out on the court and be in the rotation. He knows what we need him to do and he’s willing to do it. That’s what we want.”

On the progress made by Derrick Favors:

“We’ve seen some progress there. This is a kid and a lot has been coming at him 100 miles a minute. He’s played in more games in a short period of time than he’s ever had to travel. Then all the different guys that he’s had to play against every night. He’s going from Josh Smith the other night, from Brandon Bass, Blake Griffin, and now he’s got (Dirk) Nowitzki, then Lamar Odom and (Pau) Gasol on Sunday and just finished up with Kevin Garnett a couple of days ago. He’s had a lot coming at him, but he’s improved. Probably the last thing to come from him is his jump shot, but he can finish well around the basket, he’s trying to block shots, he’s running the court, and he’ll be about ten pounds heavier next year with

On the best team in the East:

“The Celtics. Top to bottom, experience, length, physicality, swagger, confidence, and every position when they’re healthy, they’re deep. That three-headed monster they have at center when they come back from injury, nobody has that depth. Kevin Garnett is playing like the old Kevin Garnett and they’re the team. That’s no knock on the other two teams but if I was doing my analysis on television like I was the other two years, that’s the way I would analyze it.”

On the idea of moral victories:

“We’re not coming into these games trying to lose. When you think about last year, we’re taking over a 12 win team. When you take over a 12 win team, you bring as many new players as we brought in after we didn’t get any key free agents, then you have to try and start from somewhere. Right now we have six more wins than what they had at this time last year and we just gotta keep building and keep getting better.”