Austin Rivers:”I Really Think I Can Help an Organization Right Away”

Like many or most players who leave college early for the NBA, Duke guard Austin Rivers has received his fair share of criticism for making the decision to leave the Blue Devils after one year. Most of those critics wonder if Rivers will be a lottery pick and plenty have called him out for his play at the defensive end and for over-dribbling and be a shoot-first guard.Rivers sees those comments and says he’s using them as motivation. He also sees plenty of mock drafts that have him as a lottery pick and says he’s out to prove those people right. The son of Boston Celtics coach Doc Rivers believes he’s a guy who can help an NBA team right away.Austin Rivers joined The Dan Patrick Show to discuss getting NBA advice from his father and Mike Krzyzewski, if anyone told him to reconsider, being a one-and-done player, if he’d like to play for his dad in the NBA, reading about the mock drafts and who will win between Ohio State and Kansas. 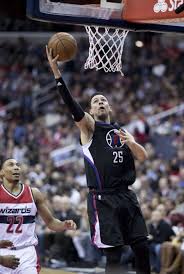 When was the first time you beat your dad one-on-one?:

“I think it was ninth grade. That’s when he stopped being able to move that well.” Did you dunk on him?: “No, not yet. I would have. I could dunk in ninth grade but my dad wouldn’t let me dunk on him. He’d foul me.”

Who gave you better NBA advice, Coach Krzyzewski or your dad?:

Did anybody tell you that you should reconsider?:

“No, not really. You hear it, but just from random people. Not anybody close to me. Nobody was saying no. It was more just, ‘Make a decision; follow your heart.’”

What do you think of the one-and-done player?:

“I just think for certain people, it’s one of those things where if you’re ready, you’re ready. People can have their opinions, but you really don’t know. People said things about certain players, ‘Oh, they shouldn’t leave.’ And then they end up being really good. People thought Jrue Holiday and certain players like that shouldn’t leave, and they could perform. Some people are ready. Then you do have those sad cases where I think kids get bad advice and leave when they shouldn’t. At the end of the day, that’s their decision. … I think if kids are ready to leave, they should be able to leave.”

Do you want to play for your dad in the NBA?:

“That’d be interesting. It’d be a different situation. I wouldn’t mind, because just playing in the NBA, period, is so exciting to me. Do I think it will happen? Probably not. But you never know.”

Do you think that would be an advantage or a disadvantage with maybe how much playing time you’d get and how other players might look at you?:

“I’ve never been in that situation, so I don’t know. But it would have to be one of those things that when you’re away from the court, it’s father-son, but when it’s on the court, it’s strictly business. … If I was playing the best and doing things right, then I’d be able to play a lot of minutes. If I wasn’t, then I wouldn’t play. We’d both have to be ready to accept that and not let the relationship of father-son come in the way.”

How hard is it to read about yourself in these mock drafts what you do well and what you don’t do well?:

“When I look at those, those are just stuff that gives you motivation. I think I can really do well there. I have a good skill set and I work really hard. That’s from being here, one, and from growing up in a family with my dad. Most of them have me going top 10 or a good pick. Those are things that I want to prove people right. I think I really can play at that level. I really think I can help an organization right away.”

You played Ohio State and Kansas this year. Who wins that game?:

“That’s tough, just because both teams are really good. Right now, Kansas is playing well. They just beat Carolina. They’re really athletic. It’s going to cause a problem. It’s going to be interesting to see Sullinger go against Robinson. … If I had to choose a winner, I think maybe Ohio State because they really lock down and play good defense.”

Mark Mcgwire On Ped’s: “why Anybody Would Even Think About Doing That Today I Have No Idea.”