To me, the Atlanta Falcons are one of the most frustrating teams in the NFL. They’ve got Matt Ryan, Roddy White, Michael Turner, Tony Gonzalez and Julio Jones on offense, just to name a few guys. That sounds like a dynamic offensive group that should have Atlanta playing at an elite level. Instead, the Falcons are 7-5. Sure, they’re still in line for the playoffs and would have the last spot in the NFC if the season ended today, but after losing to a Houston Texans team led by rookie T.J. Yates, Falcons fans have to be concerned about whether Atlanta will be able to hold on and return to the postseason for the second time in as many years. Tony Gonzalez joined WCNN in Atlanta with The Rude Awakening to discuss the issues against Houston, the playoff picture, what nags him about Atlanta’s offense, the team lacking consistency and what it has to do to make the playoffs. 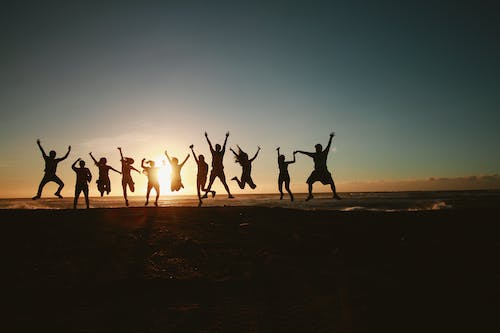 What was the issue that you couldn’t get going against Houston on Sunday?:

“Well, they’re good. That’s the primary issue. They’re a real good defense. They’re No. 1 in the league for a reason. Going into that, we knew it was going to be tough. One thing that really stood out to me, also, was their 12th man. It was pretty loud in there. … I hate looking around the league. I’ve never been that guy. But, I guess, in this situation you kind of have to because it’s getting down to the end of the year and you’re looking at your playoff spot. But everyone else lost, too, that was in the wildcard spot, with the Cowboys, the Giants and Chicago. So basically we’re still in the same position that we were in Saturday before the game.”

Yeah, the only problem is New Orleans won:

“Yep. I think if you look at it now, they’re going to get that playoff spot, but we’re looking at that wildcard spot and you never know what could happen. We play New Orleans one more time and hopefully we get that win down there and they can maybe slip up and lose another game. Right now, we can’t even concentrate on what other teams are doing. … If you told anybody on the team that, with four games left, you still control your own destiny … I would have said, ‘I’ll take it.’”

What nags you, personally, about the offense?:

“Obviously, if you’re talking about last week’s game, the delay of games killed us. That’s not good, and the pre-snap penalties kill you a little bit. Right now, we’re clicking sometimes and sometimes we’re not clicking. I think it’s probably the inconsistency frustrates me. You’ll look at us on certain drives and it’s, ‘Wow.’ … Then we’ll come back and get a three-and-out series, which is inconsistent.”

How do you feel about the progress of the offense at this point?:

“We certainly hold ourselves to a high standard and we want to go out there and be the best offensive football team in the NFL. … We’ve kind of underperformed at times. There’s no doubt about it. We can play better and we will. I’m always optimistic just because I see the talent that’s out there. … We’ve just got to put it together. … You’ve got to be consistent and do it all the time and that’s something that we’re kind of struggling at times. I don’t think it’s an identity problem, it’s just something that we’ve got to figure out.”

More on the current situation:

“Here’s the deal, after how bad we played and the ball didn’t bounce our way, the two touchdowns that got called back, stuff like that, we only lost by seven points. We know that we’re a really good football game. … We know we’re a playoff team, we just have to go out there and take care of business.”