A college football record was set this weekend, but you may not have heard about it. Alan Moore, a 61-year-old Vietnam War veteran and grandfather of five, became the oldest person ever to play in a college football game when he suited up for NAIA school Faulkner and kicked an extra point. Moore says his family thought he was crazy when he came up with the idea to go back to school and play football. It wasn’t totally a crazy idea, he had after all kicked on a competitive football team during the before he went off to Vietnam. You’ll be happy to know he hasn’t changed his kicking style since then.Alan Moore joined WDAE in Tampa with Ron and Ian to discuss what life is like on campus for a man his age, the new technology he’s around, what practice is like, his kicking range, how he feels physically, what his family thought when he came up with this idea, and what it’s like to hang out with teammates. 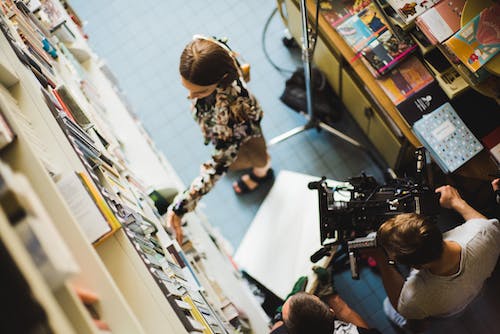 What’s life like living on campus when you’re 61 years old?:

“I learn something every day. I learn more from the kids than I do from the classroom. … They’re on Ipods, internet, cell phones. They’re never getting off of it. When I went to school, if you wanted to call somebody and talk to them, you better have some quarters in your pocket.”

Are you into all this new-school stuff since you’re around it?:

“In practice? Look, I don’t try to kick anything other than about 35 yards out. … It’s kind of like you have an old car and, back it would do 120. But now it’ll only do 55 because you don’t want to blow the engine.”

How do you feel physically?:

“I’m fine. My knees sometimes hurt a little bit when you get up every morning, but I’m fine. … I try to kind of eat healthy, but that’s about it. No [I don’t lift weights].”

When you were originally in college and kicking, you went off to war. Tell us about that:

“I really don’t like talking about going to Vietnam, but I went there in June of ’69 through June of 1970.”

What did your family think when you came up with the idea to go back to college and also play football?:

Do you ever hang out and have a beer with your teammates?:

“I don’t drink, so I don’t have a beer with them, but I do hang out with them. I don’t hang out with them much off campus because I don’t leave campus. I’m just a poor student-athlete here and that’s about the way it is. You know how it is living in the dorms.”