At 26 Years-Old Has Brandon Roy Already Played His Best Basketball?

Ever since he came into the league there have been a ton of questions about Brandon Roy. What position would he play in the NBA? Is he a point guard or a shooting guard? And can he hold up physically in the NBA after dealing with some knee injuries while at Washington?To this point, he has been able to silence all the critics and has been one of the best guards in the Western Conference for the past couple of years. However, the questions about his health are currently looming. Despite averaging over 21 points per game last season for the second year in a row and making his third straight All-Star appearance, Roy missed 17 games, including a few playoff games with a couple of different injuries. One of those injuries looks to still be bothering the one time MVP candidate. In the first nine games, Roy has gotten off to a very slow start and his shooting percentage has dropped significantly, his assist numbers are almost non-existent, and for the first time Roy is averaging less than 20 points per game. It’s still early and he still has time to get his season turned around, but Brandon Roy is clearly not 100 percent and it remains to be seen if he can regain his MVP form from a few years ago.Brandon Roy joined The Dan Patrick Show to talk about why he was pulled early from the Detroit game the other night, his knee issues being a problem around draft time and still being an issue now, who the toughest player in the league to guard is, and how Greg Oden is recovering. 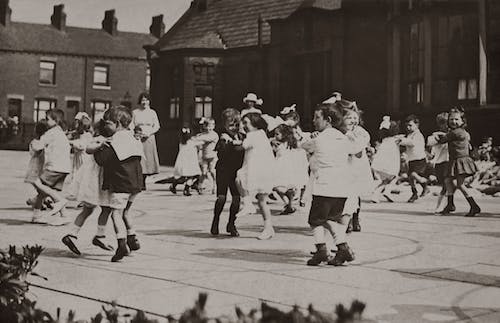 On why his minutes were limited against Detroit the other night:

“We weren’t taking it easy. It was a situation where my knee was a little sore after the Lakers game and Coach thought that we had a chance to keep me on the bench to get my minutes down a bit. He wanted to take advantage of the opportunity. It was actually something that we talked about before the game and we were able to build a big lead through the third quarter and he came to me and said I think I’m gonna sit you out the rest of this one. I was fine with it, we have back to backs coming up and three games on the road. We really need these games against Western Conference teams.”

On people passing on him in the draft because of his knee issues:

“I heard that there were a few teams that thought I was a really good player but passed on me because they thought my knees may be a problem. Me as a player, my biggest thing is to always try to not necessarily prove people wrong but I just try to overcome things. That’s something that I’ve had to deal with and I think I’ve done a good job of managing my body by working with coach and just try to really overcome it. This is something that I can continue to overcome and still be a really good player.”

On the most unstoppable player in the open court:

“Unstoppable? I mean LeBron is probably the closest thing to unstoppable. I don’t think anyone is unstoppable because you can always take a foul. Like I said he’s probably the most dangerous because he can finish with a foul.”

On the toughest player to guard in the NBA:

“Kobe I think he’s still that guy becomes he takes it so personal and it seems every time he touches the ball he’s trying to score on you. I think Kevin Durant is one of those guys just because of their ability to score the basket that it really makes it tough for you. Every single play it seems like Oklahoma City is running a play for Kevin Durant. It’s definitely difficult to prepare for him and guard him because he can make tough shots. There’s so many guys. Kobe, I think LeBron is still in that category, and Dwyane Wade, those guys are elite scorers and they definitely make it hard on opposing defenses.”

On whether or not the Lakers are the team to beat:

“Yeah. I think they’re still the team to beat. They’ve won three straight Western Conference Championships and two back to back Championships and they kicked our butt pretty good on Sunday. They look like the team to beat. We haven’t played everybody but that’s the team that everybody is trying to prepare for because they’ve won it twice and they seem to be a little better this year. I think Kobe is sitting there, playing in the post, it’s even harder to guard him and Pau (Gasol) is doing a great job of passing, and Lamar (Odom) is adding another element to their team. They have a really good team and I think they’re definitely the team that everybody is gunning for.”

On how Greg Oden is handling all his injuries:

“I’m around Greg and we have a lot of conversations where we don’t bring up the knee. I think it’s something that you can tell is weighing on him so at times guys maybe avoid that conversation. I usually come in and we’ll work out and I always ask, especially after days where I see him get after it in the gym, I always say the next day, how you feelin? He says it feels good, the swelling’s still there so that concerns me a bit. Our conversations are good. I think Greg is in a lot better spirits this time around than he was in his rookie season. At the same time, you have to understand, he’s been through some really difficult injuries and it’s hard on him. We’re just trying to be real positive and he has to understand that he has to continue to work and he can still get back on the court. And don’t feel rushed. We don’t want him to feel rushed because it is a tough injury and it’s something that we don’t want him to rush back out there, overcompensate and hurt something else. Biggest thing is he understands that we’re being patient and we’re going to try and do the best we can early to hold down the fort.”