Ask Al Golden if he Thinks the Suspensions Handed Down to Miami Players Were Fair and He’ll Say ‘Yeah I think they’re right on.’

When the report of the University of Miami’s bevy of NCAA violations first hit the web, speculation immediately ran wild as to what kind of sanctions the Hurricanes might face. It didn’t take long for folks to start wondering if Miami might join SMU as the only college football programs to face the ‘death penalty’. That is still a possibility, though the suspension of eight players suggests that the ordeal might be handled on a more individual basis. Head coach Al Golden is not pleased by some of the story’s sensationalist aspects, and he feels it’s irresponsible for the words ‘death penalty’ to be thrown around while so much is still being investigated.Al Golden joined WQAM in Miami with Sid Rosenberg to discuss whether the suspensions that have come out are fair, why Aldrarius Johnson’s suspension is longer than others’, what he told the players about how the program will and should go about proceeding from the incident, if he knows when the NCAA investigation will conclude, what he thought when he heard the term death penalty thrown around, how he minimizes the chances of this happening again, his quarterback situation and whether he’s ever regretted taking the job. 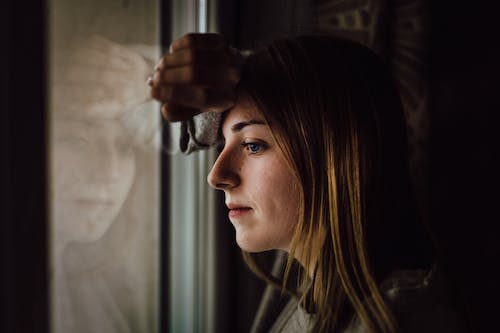 Do you think the suspensions handed down this week were fair?:

“Yeah I think they’re right on. I don’t know all the details and all that. All I know is based on what they valued the benefit being. I know sensationalism sells and everybody wants a salacious story, but at the end, this is a very clear-cut case of an extra benefit and then declaring the student-athletes ineligible … and then reinstatement. … From that standpoint, we have a chance to move forward now.”

Why is Aldarius Johnson’s penalty so much worse than the others?:

“Well, number one, he’s suspended right now for violation of team rules, which is independent of anything the NCAA is ruling. He was not included in anything from the NCAA as yet, so I’m not allowed to speak … about his case because that’s still pending. But the reason he’s suspended for us is conduct detrimental.”

More on the suspensions:

“With all these kids, not really discussing Aldarius’ situation now, but all these young people now, you’re talking three years ago for these guys. They’re all different people, they’ve all grown up, they’ve all matured. … It’s hard for us to go back. I told them, ‘Don’t be defined by this,’ number one, and then number two, ‘At some point you’ve got to forgive yourself, otherwise you are going to just lament and regret the opportunities that you have moving forward.’”

Do you have any idea when the NCAA investigation might conclude?:

“I don’t. Again, I’m just satisfied that this first chapter is over. … This is a far cry from what everybody was saying.”

When you heard people bringing up the possibility of the death penalty, did you think it was ridiculous?:

“Irresponsible, irresponsible at that point. Obviously there are some things that occurred that we have to get corrected. … We have the leadership here to do that and we will get that done. Other than that, I’m being completely honest with you when I tell you that I don’t know the details. I wasn’t privy to any of the interviews. All I told the young people is, ‘We have to cooperate fully. Be open and honest. And if you do that we’ll be able to move forward.’”

How do you minimize the chances of something like this ever happening again?:

“Number one, we’ve got to recruit to our core values. This isn’t just coach-speak, this is making sure that we know who the parents are, making sure that the kids understand what we’re looking for at the University of Miami and how every one of these decisions or the partners you choose can impact not just you, but impact our football program, our university, our alumni and clearly the city of Miami.”

If Stephen Harris plays well against Maryland this week, can he ensure the start over the suspended Jacory Harris going forward?:

“This is going to be a simple one. I’m going to withhold judgment until I see how Stephen plays. Those guys were neck and neck and then we were forced to just go with Morris the last four practices, meaning we kind of ended the competition. … When this first broke, Jacory’s name was involved in this. That was even before the second scrimmage. From that point on, the competition ended if you will. The more it went on and it looked like we were going to have to deem Jacory ineligible, then Stephen took the reins. We’re excited about Stephen. … Stephen’s going to seize this moment for our team and the kids believe in him. So this is an incredible opportunity for him. … We’ll see where it goes from there. If Stephen plays really well, we might just move forward that way. If not, we’ll open the competition back up.”

In any of the mess since you took over, have you ever questioned your decision to take the job?:

“No, no, no. We’ll get through this. Sometimes, as a coach, you don’t know what the source is. You can see the symptoms when you take a new job. It’s like putting a Band Aid on a cut. If you don’t sew it shut, it’s going to continue to bleed. I knew there were symptoms here when I took the job, otherwise I would have the opportunity. … I knew they were there and obviously we found out there were more than just symptoms. … But this is a great job.”