Looky here, it’s a nerd herd. Just kidding. Kind of. If you had to say who you thought the ‘geekiest’ player in Major League Baseball was, you might just guess San Diego Padres shortstop David Eckstein. He looks a little goofy and is a notoriously clean-cut guy who doesn’t at all act like a two-time World Series winner. Turns out his wife is quite the dork too. Ashley Eckstein, who once starred on shows like That’s So Raven, has been busy getting her new Star Wars clothing line ready for debut at this year’s Comic Con in San Diego. As it happens, Star Wars also happens to be fairly popular within the Padres’ clubhouse, as you’ll hear.Ashley Eckstein joined XX 1090 in San Diego to talk about her new clothing line, the misconception that Star Wars and sci-fi is only for dorks, how geeky guys are now getting much more attention from the ladies than they once were, the high volume of Star Wars schwag in the Padres clubhouse, how the force is with her husband’s team, their favorite item of memorabilia in their home, who gets more attention when they go out, and a number of other comical topics during her time in studio in San Diego. 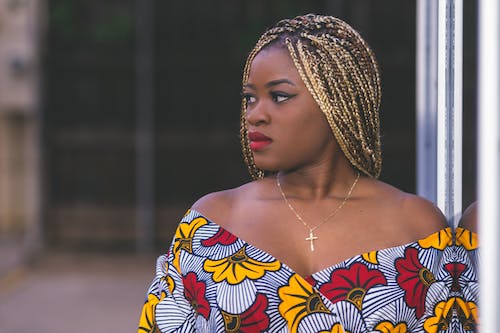 On her new line of clothes:

“I actually have a new apparel line just for female Star Wars fans. It may come as a surprise to people, but close to half of all Star Wars fans are women. Kind of what Alyssa Milano did with her female line for baseball fans called Touch, I’m doing that for female sci-fi fans. And it’s called Her Universe. You can go to www.heruniverse.com and check it out, we have an online shop, but we’re going to be debuting our line for the first time at San Diego Comic Con…”

On if she’s concerned that there’s an overriding perception that sci-fi is just for dorks:

“I don’t know, over the last couple of years, I think it’s actually kind of cool to date a dork.  Watch The Big Bang Theory – that’s what that show is about. And all these so called geeks, I mean, I’m the first person who’s going to say that I’m a geek, and David is the first person who’s going to say that he’s a geek. I mean we are the two of us total geeks and we’ll be the first to admit it. But it’s like there was such a stereotype before and girls didn’t even give these guys a chance, but at the end of the day the guys that are the geeks are extremely smart, they’re just good guys. So I think girls are looking past this stereotype and realizing there’s this whole untapped market of good guys out there and I actually challenge girls even if you’re not a Star Wars fan, wear one of my Star Wars shirts out one night into a bar or a club and see how many numbers you get, see how many times you get hit on. Because wouldn’t a guy think that’s hot to see a girl with a Star Wars shirt on.”

On the high volume of Star Wars gear that can currently be found in the Padres’ clubhouse:

“Yeah! I can’t say that I’m exactly the reason for that. What happened with that was the Hairston brothers are actually Star Wars fans that have nothing to do with my role. Jerry is a Darth Vader fan and Scott loves Yoda, and David was walking by Scott’s locker one day and he saw a little Yoda in there and was like wait a minute, you’re a Yoda fan and he was like yeah I bring this with me. So I was actually in Orlando at Disney World for Disney Star Wars weekend for the entire month and David called me up and said go to the Star Wars store and buy as much Yoda stuff and Darth Vader stuff as you can find. So I brought back this Yoda backpack and I said hey wouldn’t this be funny if they carried this backpack out instead of their little girls’ backpack. So David was like I’ll just show it to Heath. So that’s how it started. There was a picture in the paper and online so I showed that to Lucas Film. And Lucas Film loved it and said actually well Yoda needs a friend, he needs Chewbacca. So Lucas Film actually sent Chewbacca. So that’s how it all started. But the guys are actually Star Wars fans separate from me, but David does have Chewbacca.”

On who gets more attention when they go out – her or David:

“Honestly it just depends where we are; it depends on the city. But to be honest, we’re both a lot like smaller in person, we’re really short, even though people know that David’s short, they don’t expect him to be that short in person. And so we usually get people saying, you know you look a lot like David Eckstein but there’s no way you can really be him. So some times when he just throws on a hat, and I’m really just the voice of the character, we go unnoticed.”

On what their favorite piece of memorabilia is in their house:

“Actually it’s probably my lightsaber, but it’s his bat that they made into my lightsaber. So they painted his bat to look like Osaka’s lightsaber. We did a charity event last year with the Padres and we raised like $5,000 for the Boys and Girls Club of San Diego and the Padres Foundation and they had the team sign it and the cast sign it and it’s literally David’s bat as Osaka’s lightsaber, so that’s probably my favorite piece. We have Star Wars collectibles all over the house.”

On if she feels the force is strong with this year’s Padres:

“I sense the force is strong with the Padres. They have a great group of guys and they believe. They just believe. And I see the fans in the stands and I think they believe as well. That’s the thing about the force, if you just believe, honestly that’ just half the battle believing you can do it.”