As MLB Playoffs Begin, Commissioner Bud Selig Proclaims There is More Competitive Balance Than Ever Before

Bud Selig had a hard time falling asleep Wednesday night. When he woke up, the Major League Baseball commissioner says he had never felt better about his sport. He watched, as the nation did Wednesday night, as the final teams earned a spot in the playoffs and the drama unfolded over a matter of minutes between the Tampa Bay Rays and Boston Red Sox.Now, as baseball’s playoffs begin today, Selig says baseball has never seen competitive balance like this. It’s pretty hard to argue. You’ve got the usual top dogs like the Yankees and Phillies, but you’ve also got a Rays team that nobody expected to make the postseason, a Brewers team that rarely does and a Diamondbacks team that few saw beating out the San Francisco Giants — or perhaps the Colorado Rockies for that matter.After Wednesday night, I can’t wait to watch these playoffs unfold.Bud Selig joined ESPN New York with Mike Lupica to discuss Wednesday night’s drama, the weather that plagued this season, if the end of this season shows we need two more wildcard teams, the range of teams in this year’s postseason, what it’s like to be a sports fan in Wisconsin right now and the competitive balance in baseball. 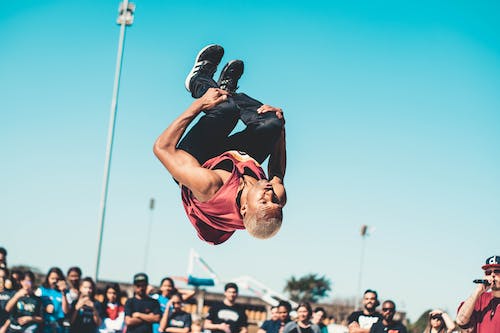 What was the final night of the regular season like for you? Were you watching all that drama?:

“As you know, I sit at home many a night, I’m glad that part of the season is over, and I watch all 15 games or however many are being played. … But I had a lot of games to watch. Obviously I had Philadelphia-Atlanta, St. Louis-Houston and Milwaukee trying to clinch home field against Pittsburgh. Then, of course, you had the Tampa-New York game and Baltimore-Boston game. Well, Tampa goes down 7-0 and I say, ‘Well, that’s sort of sad,’ but only because I want to see a great night. So I’m going back and forth and back and forth and then we have the 90-minute rain delay in Baltimore. … Near the end, it was stunning. … It’s the greatest game in the world. Only baseball could produce what it produced [Wednesday] night. … You say, ‘This can’t all be happening.’”

On the weather that plagued this season:

“We had 51 rainouts in a time last year where we only had 15. We had to make them up; we had to go through a lot of trauma. So [the attendance mark] is an amazing story. We had problems in a couple of our franchises, particularly one I won’t mention on the West Coast, so this is a great moment. … There’s no doubt that this sport is more popular today than ever before. … The sport has never drawn people like this.”

The way this season ended, do we need to add two more wildcard teams?:

“Let’s not ever let one year determine it. I would remind you how I got killed back in ’93 and ’94 over the wildcard. … You would have thought I had really defiled baseball and what was he doing to the sport? It’s worked out so remarkably. … It’s created so many great moments in history. I’m comfortable that you have to evaluate things over a period of years, not just on one year.”

“They’ve really done a job, there’s no question. We have a lot of fascinating matchups. Now Tampa goes to play Texas; Texas is a very good club. You’ve got Justin Verlander versus C.C. Sabathia. … And then the Cardinals, who really pursued the Brewers for a long time and then dropped off and looked like they were gone, they’re the one team that they beat the Phillies in the season series 6-3. We’re really very fortunate this year.”

What’s it like to be from Wisconsin, which is having a great sports year?:

“If you could be here today, they’re having a pep rally later on in Milwaukee [Note: This was Thursday]. I hear the Packers are the world champions. Wisconsin is rated No. 7 and going to play Nebraska in a very historic game, Nebraska’s first Big Ten game, Saturday night. The Brewers are going to play here Saturday afternoon and this town and state are now baseball mad. … It binds a community together. I wish you could see what’s been going on here.”

How about the Tigers, who got off to such a bad start and then turned it around?:

“Jimmy Leyland did a terrific job and it’s a terrific baseball town. It really is. … They’re good. Nobody should think this is any kind of slam dunk. Cabrera’s had a fabulous year and Victor Martinez. These matchups are really intriguing. … The truth is, baseball has never had competitive balance like that. It has more today than any other sport.”