As Flyers Prep for Penguins, Philly Coach Peter Laviolette Breaks Down the Matchup and Reflects on a Fiery Recent Meeting

When the Stanley Cup playoffs get underway on Wednesday, the majority of hockey-watching eyes will probably be trained on Pittsburgh. That’s because the Flyers-Penguins matchup is arguably the most intriguing series of Round 1. Not only do the Pennsylvania rivals have a long-term hatred for one another, there’s been fresh blood added to the water recently.Just nine days ago, a late-game brawl spurred by a pair of violent and/or controversial hits had Flyers head coach Peter Laviolette on the verge of fisticuffs with Penguins head coach Dan Bylsma and assistant coach Tony Granato. Ultimately, Laviolette was fined $10,000 for the incident.Peter Laviolette joined Mike Missanelli on 97.5 The Fanatic to discuss his first-round playoff matchup with intrastate rival Pittsburgh, his $10,000 fine for his late-game antics last weekend and the potential for more bad blood as a result of recent intensity. 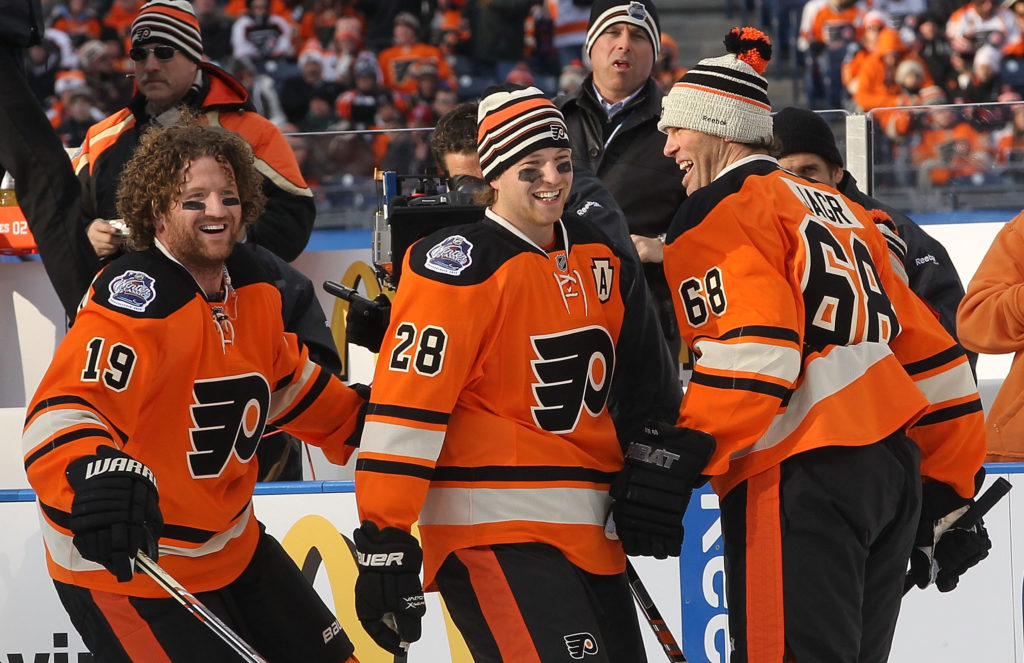 On if his team will try to make the Penguins lose their cool and take penalties:

“I think we’ve gotta make sure we do a good job of staying out of the box, and that’s always important. They’re a talented group over there, so with the extracurricular stuff after the whistles, I’m sure both teams will talk about it. And that’s really what you need to stay away from. But you never know how a series is gonna play out or nobody has a crystal ball to see how Game 1 will be, whether there’ll be lots of penalties, lots of scrums after the whistle or none, or how the referees will handle it or call it. So I think early on in the series you get a feeling-out process from everybody — from the way things are gonna be called, and the opposition, where they’re at, where we’re at.”

On the hit from Brayden Schenn on Sidney Crosby that eventually led to a brawl in last Sunday’s game between the two teams:

On the $10,000 fine he incurred for getting into a shouting match with Penguin coaches following the brawl:

“It’s always hard to write a check for 10 grand, but looking back, I said at the time I respect their decision to do it. I gotta behave better.”If, in Saturday’s finale against Pittsburgh, he sent Harry Zolnierczyk onto the ice early to send a message (Zolnierczyk end up fighting Joe Vitale, whose hit on Daniel Briere ignited the brawl the that took place the previous weekend) That’s always happened for years, probably always will. Guys remember things, and they do their best to handle things on the ice.”