It’s been 15 years since the documentary Hoop Dreams inspired and touched audiences from all walks of life.  The 1994 documentary chronicled the lives of two Chicago kids, William Gates and Arthur Agee, who had just what the title suggested – dreams of playing professional basketball. As starry-eyed teenagers who dominated the talent-rich Chicago prep hoops scene, there was no reason for them to think their destiny laid anywhere but in the NBA. It didn’t quite work out according to the script. Neither played in the NBA. In fact, only Agee went on to play much D-1 hoops, and that was at unheralded Arkansas State.  Just goes to show you really how tough it is to make it in the NBA. There’s no roster spots for specialists like in baseball and football, and obviously the odds are already ridiculously stacked against kids that have hoop dreams by virtue of the simple fact that NBA rosters are so small. Just because Agee never made it big in hoops doesn’t mean he’s been up to nothing noteworthy. Quite the opposite in fact. It’s not too hard to understand why after hearing the man speak, but Agee has been a slam dunk in his endeavors outside of basketball. I’ll let him tell you his story himself. 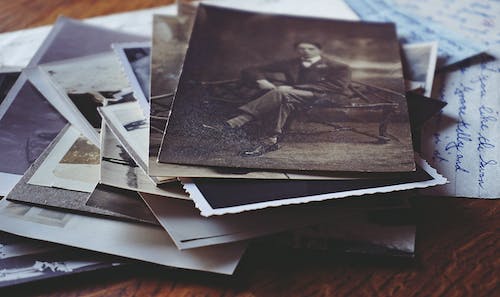 Agee joined Hardcore Hoops on Hardcore Sports Radioto talk about what he’s been up to since Hoop Dreams debuted  at Sundance, what Gates is up to, how he still sees many of the same problems in today’s society as there were 15 years ago, and to discuss (by even quoting Tupac at one point) how and why he believes the inner city can’t rely on the government or anyone else to help them rise above some of the struggles that plague the problem-riddled urban communities of Chicago and other cities across our nation. You can also find the trailer to the documentary Hoop Dreams after the jump.

“I went to Arkansas State. Then after that, I graduated in ‘95 and left there and you know, bounced around the semi-pro leagues and stuff like that and did some acting. And you know, Hoop Dreams brought a lot of other opportunities…just besides playing basketball…[editor’s note: audio clip cuts out as Agee was talking about learning about how tough it was to make it in the League and realizing he needed to have other outlets for success besides on the basketball court. It then resumes with him saying:] I love to draw, I really put all my passion in to building a Hoop Dreams Sportswear clothes line.”

On his foundation work that occupies his time when not designing clothes:

“Yeah, the Arthur Agee Role Model Foundation is a 501(c)(3) non-profit organization that’s catered to youth and parents, letting them know that parents are the role models for the kids, you know what I’m saying? Not the superstars, not the athletes, not the entertainers, not the rappers. The role models found at home. So we definitely promote that throughout the foundation. That’s the core of it.”

He had hoop dreams as kid. What kind of dreams does he have today?

“Ah man, I’ve got inspiring dreams, giving back type dreams.  You know, that’s what I’m doing right now. Launching this clothing line, being in the game for ten years, I’ve watched Nike, Reebok and Adidas suck the life out of these kids and not give anything back to their neighborhoods or their careers after that. So I’m really trying to fill a void with this whole movement of Hoop Dreams. Hoop Dreams is everything you saw in the movie as far as life and how it resonates today – it’s going to take everything that’s about the movie and put it in to a brand that inspires kids on a everyday basis.”On if the movie’s underlying themes about the socio-economic, racial and other realities about American society still exist today, and if so,

if he feels he could make a sequel that was similarly poignant and well-received:

“Oh absolutely. The same stories are still existing right now. All it takes, I mean, these new guys – the younger generation that’s coming up – all it takes is to put a camera in front of their faces and it’s so ironic you saying that because the career I got was in radio and television. By being around the cameras for so long, I developed an interest in it. So I filmed another movie called Hoop Reality which is out in Red Rocks right now. I actually took my expertise in college and actually wanted to document what happens to my life after fifteen years, with my father passing, Mr. Bedford my high school coach, he passed within a year of my dad. And I wanted to put the camera on another kid at my alma mater which was Marshall High School and that guy turned out to be Patrick Beverly. He went on to play at the University of Arkansas. He had some troubles and some trials and tribulations that you just can not write. The cameras had to be around at that time, and this was in 2006. The movie is real great. We’re about to do a network release in I think late March, around March Madness time, which is perfect timing for them to bring it out.  But just showing kids in that movie that there’s other things besides basketball to live your Hoop Reality in.”

On if he ever has or still does get people that come up to him to talk about the impact the movie made on their lives:

“Oh man, absolutely. Dude, people..we just had the 15 year anniversary at the Gene Driskell Center just last week. This husband and wife said they had just watched the movie for the first time the previous night. So when they met me, they went crazy like ‘oh my god, it was eye popping and I just wanted to thank you and thank you for making cameras come in to your life’. I’m like I didn’t ask them to come in to my life; they did. They just showed up and I didn’t even know what was going to happen! So it’s been a roller coaster ride. You know, William Gates is a pastor now. William Gates is a pastor and has his own church. And guess where his church is? He doesn’t know about the neighborhood his church is in.  His church is in Cabrini-Green [a notoriously rough and under-served part of Chicago]. You talk about giving back, know what I’m saying? His face is known just as well as mine there. He’s doing a really good thing over there. He also has a non-profit organization that actually busses in kids from neighborhood schools over in Cabrini-Green and brings them back to his place. And they have homework help, and computer stuff, and all that, man.”