The Arizona Cardinals were one of the most surprising stories of the first month of the season as they opened 4-0. Since then, however, their momentum has screeched to a halt. A field goal debacle cost them two weeks ago against Buffalo and then they hurt themselves in a seven-point loss at Minnesota on Sunday. That said, it’ll all be forgotten if the Cardinals can beat San Francisco as they enter the toughest portion of their schedule.Ken Whisenhunt joined KTAR in Phoenix with Doug and Wolf to discuss what he said to his Arizona team after the loss at Minnesota, if he’s concerned about the team’s confidence, LaRod Stephens-Howling’s big game, getting ready for Monday Night Football against San Francisco and the team’s injuries and inconsistencies on offense. 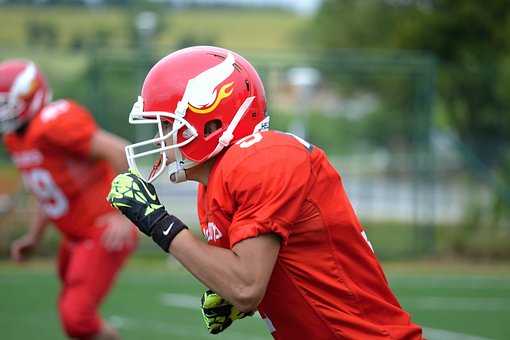 What did you say in the locker room after Sunday’s 21-14 loss to Minnesota?:

“Just we can’t make those mistakes. We can’t turn the ball over that leads to a touchdown. We can’t miss field goals. Those are the things that, when you’re on the road against a good football team, you’ve got to not do. So we’ve got to make sure that we continue to focus on those things.”

After starting 4-0, you’re now 4-3. Are you concerned about the confidence of your team?:

“I think if you look at the way the games went, certainly Buffalo with the kick, we would’ve had that one. I think if we would’ve made a couple plays [Sunday] — for instance, if we make the two field goals and don’t give up the touchdown on the interception — it’s a different game. So I don’t sense that from our players. I know they feel like we’ve made too many mistakes over the last three games.”

LaRod Stephens-Howling had a big game. Did you go in knowing he’d play a big role?:

“I always think that he’s going to be a part of it. We went in planning to have a rotation like we normally do, but LaRod had the hot hand. We had a good running plan, felt like it was going to be able to get some runs in there. … He had a nice day and it was good for us that he was able to run the ball that way.”

On the magnitude of the upcoming game with San Francisco:

“I think they’re always fired up to play San Francisco. It doesn’t matter what our record is or what anything is going on. When you play a division rival, and if you beat them, it gives you gas, makes you feel good. I think the thing we don’t lose sight of is no matter how disappointed we are in the last three games, we’re still in the position where if we go in and we play well and we win this game, we’ll be in a good place with the division. And that’s what the focus is.”

The injuries on offense just seem to keep coming and coming. How concerned are you?:

“I think that’s contributed, certainly, to some inconsistency with our offense, because we’ve had a number of different players. That’s all part of it. That’s the NFL. Some years you don’t have many, some years you have more. It seems unfortunate that this year it struck on offense and we’ve had a number of guys go down. But you’ve got 53 guys. It’s not like you can go out and get a bunch of guys off the street that can come in and play. You’ve got to count on your backups, the young players, they’ve got to step in and do the job.”

Is there one thing in particular that is driving you the most crazy about the offense?:

“I think that just the inconsistency of it. We’ve had the opportunity to make some plays and we haven’t been able to do that. And I think one of the things that’s most frustrating is we’ve been on the plus side of the 50 a number of times this year and we haven’t capitalized on that. In order for us to be more consistent and more productive offensively, we need to be able to do that. … Those are the kind of things that you’ve really got to work hard to improve on. If we do that, it’ll certainly put us in better position to get on a roll.”