Antrel Rolle on Jerry Jones’ Comments: “They are going to need a little more motivation than that to come in and kick our ass.”

There’s never a dull moment with Antrel Rolle. The Giants safety who made the statement ‘at the end of the day’ famous last season with WFAN in New York was at it again for the start of training camp. No.26 had a jaw dropping hair cut when he arrived to Albany, NY last week from who he calls the best barber in Miami, who also happens to be blind.Rolle made it known last season that the Giants were a Super Bowl team and he backed that talk up. He took Jerry Jones recent comments in stride and believes that both teams won’t disappoint on September 5th.Antrel Rolle joined WFAN in New York with Boomer and Carton to discuss his performance in training camp so far, getting his hair spray painted neon yellow and blue, playing cornerback while Terrell Thomas gets healthy, Jerry Jones saying he wants the Cowboys to kick the Giants ass and Jerry Jones comments regarding ‘Glory Hole’. 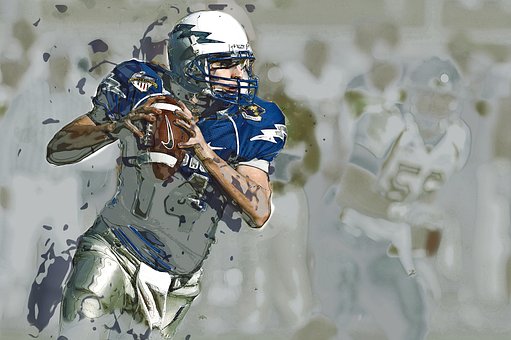 “It’s been going good man. We are doing good. Doing a lot of great work. You know a lot of progress. Guys are filling in the blanks. We’re starting to figure out what we have on our team and trying to keep what we pretty had consistent with the older guys and our veterans.”

I’m trying to figure out what you did with your head. What’s this haircut all about?

“Hey man that’s the best barber in Miami hands down. [Craig Carton: Cause he spray painted your head neon yellow?] It wasn’t spray paint. It was actually dye. It was a four hour process.”

Are you hoping that Terrell Thomas gets healthy, so you don’t have to play cornerback as much?

“Oh absolutely. That’s always been my primary concern with hoping for the best with Terrell Thomas. It’s not only him being on the field because I know what he has gone through. I see the work he has put into that rehab and getting his knee right. To come back and be himself for the team each and every day, so it was extremely hurtful to see him have another setback like that. Terrell Thomas is a strong guy and I am sure he is going to bounce back in no time. As far as me? This is my third year doing this, so whatever position I am detailed to play it really doesn’t matter. I am going to go out there and be the best guy I can at that position.”

What are your thoughts on Jerry Jones saying he wants the Cowboys to kick the Giants ass?

What are your thoughts on Jerry Jones comments regarding ‘Glory Hole’?