Anthony Kim Thinks He Is Close to Having a Breakout Year

Since turning pro in 2006, Anthony Kim has gained a reputation of being the party animal, or how some have called him, “just a punk” on Tour.  Just last season before the Las Vegas Open, Kim was out partying all night showering the dance floor with expensive bottles of champagne and decided the next morning he was going to pull out of the tournament.  His official reason for not playing that weekend was because he supposedly re-aggravated a thumb injury, which was probably from popping bottle of Dom Perignon all night.  Instead of preparing for the tournament on the golf course, he spent it gambling and partying all night.  Kim is just a young kid with a lot of money, and a lot of growing up to do.  He has got to wake up and realize he can’t piss away all of his money and throw away a very special talent. 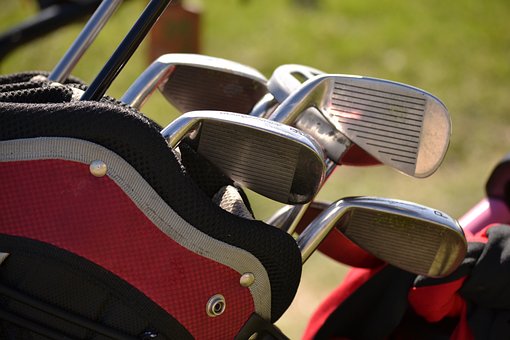 Anthony Kim joined WQAM in Miami to talk about whether Tiger Woods and Phil Mickelson being paired together in the early rounds of the Cadillac Championship is good for golf, if golf goes too far with the enforcement of some of the rules like when Tiger Woods spit on the green, and the notion that viewers calling in to penalize players need to get a life.

“I mean it does not get much worse, obviously that means he just has to play a little bit better, that is the first thing that comes to mind and I am going to work on that this week.”

Whether Tiger Woods and Phil Mickelson being paired together in the early rounds of the Cadillac Championship is good for golf:

“Yeah, of course.  Anytime you get those two together, they have gone head-to-head and been one and two in the world for so long.  People are going to come out and watch.  It should be exciting, there is a lot of good pairings out there, especially with the one, two, and three playing, and I am not in a bad pairing myself.  There is three of us that have to get our year started off, and we have not been playing that well but this is a great jump start to the year.”

Whether he is getting close to have a breakout year:

“I am getting close.  I have been saying it for so long I am getting tired of saying it.  It seems like no one believes me.  I have been grinding hard, it is just time to get the ball into the hole a little bit faster and hopefully be ready for one of these trophies pretty soon.”

What he thinks about cell phones being allowed inside the Cadillac Championship this weekend:

“Personally it does not matter to me.  I am on my cell phone playing golf, not in competition of course, but you know when I am hanging out with my friends I am on the phone playing golf and relaxing out there, so I am used to it.  It is not a big deal but there is some guys out here that think it is wrong, not natural, not good for the game, but I think those are the guys that are going to struggle for a while anyway.”

If golf goes too far with the enforcement of some of the rules like when Tiger Woods spit on the green:

“I don’t think that is a rule.  I don’t know how that happened and I don’t think Tiger meant to disrespect the game, or the European Tour.  At the event, he is like everybody else, he spit on the green and whatever happened, happened.  As far as the rules and us calling the penalties on ourselves, it seems like most of the rulings and the penalties are coming from the people watching TV, and I don’t even know how they found the number or where to call, but they seem to be penalizing everybody.”

On the notion that viewers calling in to penalize players need to get a life:

“I completely agree.  I think enough guys out here are going to call the rules or the penalties on themselves if they know what they are doing.  I mean whether you like it or not that is part of the game. I think that is why it is a little different than a lot of other sports.  The people who are calling in, personally I think it is hilarious because I have better stuff to do than call into the PGA Tour Media Center.”