How much worse could things get in Miami? The 0-6 Dolphins have had just about everything go wrong for them in 2011. Their starting quarterback Chad Henne was booed in training camp and then suffered a season-ending shoulder injury recently. Matt Moore, who was signed to replace Henne, now has bruised ribs, prompting Miami to go out and sign yet another castaway QB. They decided on former Bills 1st-rounder JP Losman. Miami’s tight end, Anthony Fasano, has 10 receptions for 152 yards and one touchdown this season, but sounds fed up with the whole environment down in South Beach. You can appreciate his honesty in the following interview being disgusted by all the fans who are rooting for the Dolphins demise. It is completely understandable as to why Fasano is irate, but at the same time Andrew Luck is just what the doctor ordered for this franchise next year if they can secure the number one pick in the NFL draft. 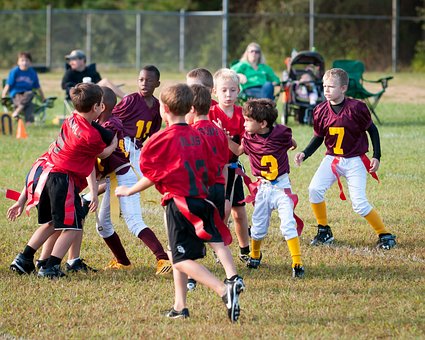 Anthony Fasano joined WFAN in New York with Joe and Evan to discuss the state of the Miami Dolphins locker room right now at 0-6, Dolphins fans wanting the team to tank the season in order to get Andrew Luck, the Dolphins honoring the Florida Gators National Championship team with Tim Tebow in the building last Sunday, the Dolphins defense imploding in the last few minutes against the Broncos and Chad Henne being the long term answer for the Dolphins organization at the quarterback position.

How about the team right now? It has been a struggle to start the season. How is that locker room right now? Do you have any confidence with the way this season has started at 0-6?

“It’s been tough. No matter how you try to approach it the start of the season has been tough. I think it starts with Tony Sparano. He sets a great challenge for us week in and week out. He keeps us motivated and we are professionals, so we have to come to work every day and find a challenge and try to improve this thing and fix it and find solutions. I’m proud with the way our team has handled this situation so far, but it’s definitely not acceptable. We are going to try to turn it around.”

It’s gotta be difficult when basically your fan base is rooting against you guys? They basically want to see you lose every game, so you can get the kid, Andrew Luck, out of Stanford. That’s gotta be a little disheartening. Isn’t it?

“It’s sick actually. I can’t even fathom those thoughts of those people that conjure up that stuff. They have never played sports and pretty much aren’t really our loyal fans. I can’t really put any weight into that and I know the players don’t listen to it. It’s a shame, but people are going to talk and we just have to block that out.”

Did it bother you that the Dolphins honored the Florida Gators National Championship team with Tim Tebow in the building?

“Yeah it was awful. Showing up at the stadium and seeing all the Gator stuff and the Tebow stuff. It was disheartening, but as players we kind of put ourselves in that position because the Dolphins are in the business of winning football games and making money. We haven’t been winning football games, but it’s still a smack in the face and it’s unfortunate we couldn’t rain on their parade and get the win.”

What exactly happened in the last couple of minutes of that game against the Denver Broncos?

“It’s pretty disheartening especially when we had a rough start and really haven’t been in too many games in the 4th quarter. You are up two scores in the 4th quarter and you start getting that winning feeling back in the huddle and your offense was not able to close out the four minute drive and run the clock out and our defense wasn’t able to stop them. We also gave up an onside kick. We just had things fall apart pretty fast that turned into a loss for us.”

“I do. I think he has all the tools. I think he showed some really good growing signs earlier in the year and he’s a hard working kid. I love playing with him. It’s a shame what happened to him. I plan on him coming back better than ever.”