Even though he spent just one season in Lexington, Anthony Davis left his mark on the Kentucky Wildcats. Not only did Davis distinguish himself as the best defensive player in college basketball a season ago, but he was also named the Player of the Year as he helped Kentucky win its first national championship since 1998. Next up for Davis: Try to make people in New Orleans care about basketball. While it won’t be official till the end of June, the New Orleans Hornets won the draft lottery Wednesday night and with it comes the right to take Davis and try to turn around a franchise that has undergone numerous changes in the last year and a half.Anthony Davis joined The Dan Patrick Show to talk about how nervous he was Wednesday night at the Draft Lottery, whether he has heard from anyone in the New Orleans Hornets organization, if he is going to let his mom come to New Orleans with him, if his family is disappointed that he won’t be playing for Michael Jordan in Charlotte, what position he sees himself playing in the NBA and who he is looking forward to playing against in the NBA. 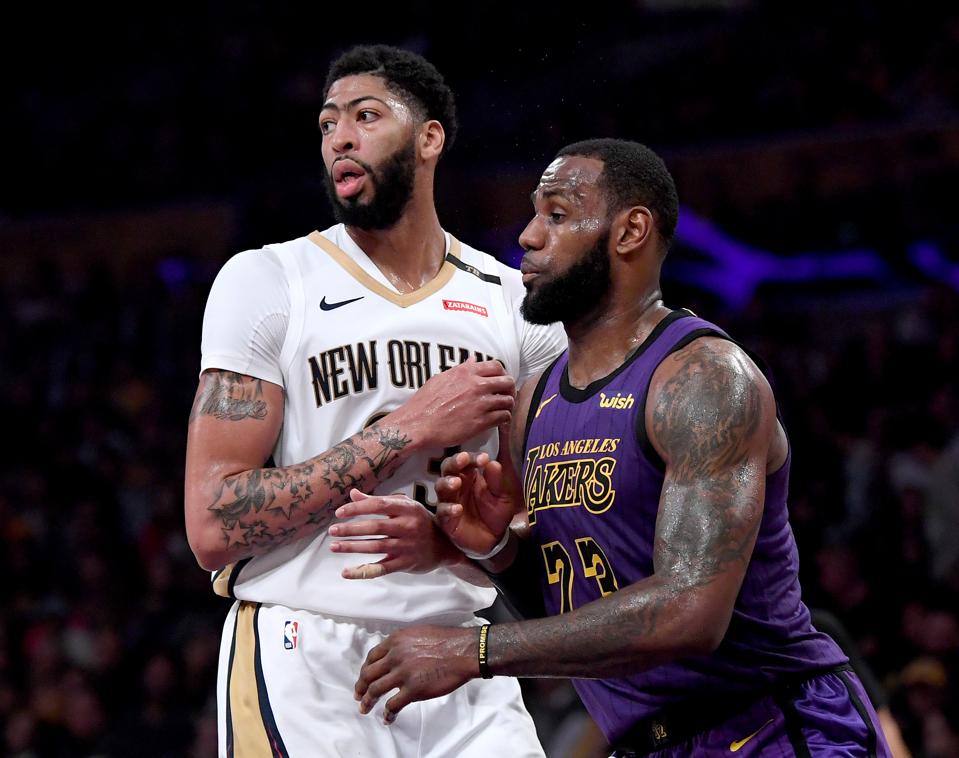 How nervous he was Wednesday night:

“I was very nervous. Just to be a part of it, finally my career. About the team, I wasn’t more nervous about that but just actually being a part of it. If I do get drafted number one and go to New Orleans I will have a great time, I will try to bring a championship to New Orleans and hopefully we can do great things.”

Whether he has heard from anyone in the Hornets organization:

If he will let his mom come to New Orleans with him if he goes there:

“No, she has to stay in Chicago. (Host: Really?) Yeah. I might let her get a house down there but that’s too close. It’s always a plane ride away.”

Whether his family is disappointed because as a Chicago kid, he won’t be playing for Michael Jordan in Charlotte:

“There’s a lot of disappointment inside my family. My mom wanted me to go to Charlotte. She had big hopes for Charlotte and I have a lot of good friends in Charlotte. At the same time it wasn’t my call. A lot of guys are disappointed but we have to move on and make the best out of New Orleans.”

Why he was listed as a forward at Kentucky:

“Correct. (Host: But there’s no center on the roster for Kentucky.) There’s not. We all don’t have center attributes. We do a lot of dribble-drives which makes all of us be able to shoot the ball, dribble and have a lot of skill-sets that I guess other teams don’t have.”

What position he will be listed as in the NBA:

“I’m not sure. Whatever the team lists me as but probably a four. (Host: So you’re not going to be the center?) Probably not. (Host: Do you know the roster right now with the Hornets?) I know some guys like Emeka Okafor, Jarrett Jack, Eric Gordon and Chris Kaman.”

On the player he is most excited to play against in the NBA:

“Probably Kobe. (Host: Really?) Yeah Kobe, he’s a monster so I just want to go out there, try my hardest and there’s a lot of guys that can’t stop Kobe so if I stop him I get to be one of the guys that says ‘I shut Kobe down.’ (Host: Be careful what you ask for Anthony. He listens to the show and he has a great memory.) Tell him I will be waiting.”