Antawn Jamison: “For us, I think it’s finally sinking in”

Lost in the crazy number of offseason pickups for the Los Angeles Lakers, including Dwight Howard and Steve Nash, was Antawn Jamison. Jamison was brought to LA to help stabilize what had become a bit of a disappointing bench recently. However, like almost everyone else at the beginning of this season, Jamison struggled mightily. His minutes were sporadic, his shots, the limited ones he was getting, weren’t falling and he just didn’t look like he was a fit. In his last two games, Jamison has started to show flashes of being the Sixth Man that the Lakers desperately need as he has dropped in his first double digit scoring games of the season. If this is a sign of things to come as opposed to a flash in the pan, the Lakers will have a much better shot of being the threat in the Western Conference they were put together to be.Antawn Jamison joined ESPN Radio Los Angeles with Mason and Ireland to talk about if his change in play was as simple as the coaching change or if there was something else, what changed the other night against the Mavericks to get things to come together, on the differences between Cleveland and Los Angeles and Dwight Howard’s antics on the plane. 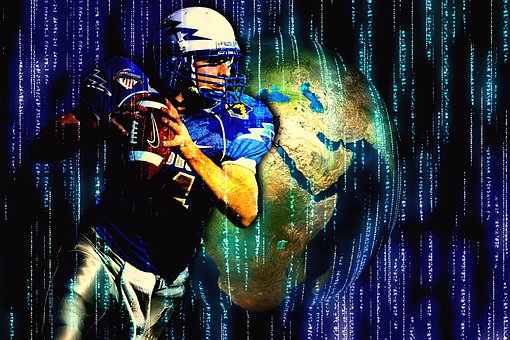 If his change in play was as simple as the coaching change or if there was something else:

“I think it was a combination. I love Mike (Brown) to death and don’t know what the situation would’ve presented itself had he stayed but for me I’m one of those guys where first of all just give me the opportunity to be on the court for an extended period of time and eventually I will find a way to contribute but it was difficult for me to come in the game and my only three or four shots were threes and I’m a guy that needs to get into a rhythm with tip ins, slashing to the basket or pick and pops or things of that nature. Offensively it gets me into a rhythm and honestly those first 12 or 11 games I just couldn’t get into a rhythm and on top of that just being frustrated and wanting to play more. Everything just kind of built up and I put so much pressure on myself that every shot I was thinking, not just letting it rip and things of that nature. It just became difficult but I talked to (Mike) D’Antoni and he told me he wanted me to be aggressive and instead of telling myself I need to be out of Kobe’s way or don’t get in the paint because that’s Dwight’s, he told me to get in Kobe’s way, go set a pick and roll, you’re one of the best slashers in the league and D’Antoni did a great job as far as giving me the confidence to say you belong out here with those guys, don’t get out of there way, you demand the ball as well and he said he expected that out of me. Getting that opportunity took all that added pressure off myself and knowing I can go out and do the things that I’ve been doing the last couple of games is pretty much who I am.”

What changed the other night against the Mavericks to get things to come together:

“For us I think it’s finally sinking in as far as what we need to do. Offensively, be aggressive on makes and misses, get the ball out quickly, get to your spots, don’t walk anything up, put the pressure on the defense to figure out who they’re going to take out, how they’re going to do it and for us to react. Defensively, it’s energy. That was the biggest difference between the way we played defense the first 11 or 12 games compared to what we did the other night. Our energy was there for 48 minutes, communication was where it needed to be and there have been a lot of games where you’ve seen us like ‘oh you were supposed to do that, I thought you were going to do it, you didn’t say this ‘and that previous game everybody communicated, everybody was in their spots, everybody covered for themselves but most importantly, the energy was where it needed to be at. To do it on the fourth game in five nights that lets you know that we can do that on a constant basis night in and night out. That was the biggest difference between the Lakers that we know we can become to the Lakers that have been playing the last couple of games.”

On the differences between Cleveland and Los Angeles:

“It’s unbelievable. I love the fans and the people of Cleveland but it’s nothing like playing here in Los Angeles. Great weather, restaurants, there’s always something to do. In Cleveland, when it becomes November and December, the only thing you can do is try to win basketball games and watch television.”

On Dwight Howard’s antics on the plane:

“Yeah and the other reason is because he is Dwight. He can’t get into too much trouble. He has the whole plane cracking up. He’s hitting our assistant coaches with a southern accent, he’s going back to the Stan Van Gundy and the thing about it is he hits it head on and it’s unbelievable. He is a funny guy. I asked (Chris) Duhon and Earl Clark, has there been one day where he came in and was down or quiet or wasn’t smiling. Those guys said ever since I’ve known Dwight I’ve never seen him not joke with us, not smiling and not being himself. That’s tough guys, especially the business that we’re in. 82 games and sometimes you feel like, what is going on? But this guy never lets up and I think we look forward to traveling now because we look forward to him getting on the intercom and being himself.”