Andy Pettitte On Retirement And A Comeback “I can guarantee you I will not play this year.”

Andy Pettitte’s retirement from baseball marks the beginning of the end for the New York Yankees illustrious “Core Four” that includes Derek Jeter, Jorge Posada and Mariano Rivera. It has been a tumultuous offseason for the Bronx Bombers, who not only failed in their attempt to land the “big fish” in left-hander Cliff Lee during free agency, but now the loss of Pettitte to retirement is a crippling blow for a franchise that needed his golden left arm for what would have been his 17th season.If there was a definition for a “big game” pitcher Andy Pettitte would have his picture adjacent to the definition. Pettitte became a favorite amongst the fans and media for his grind-it-out mentality, toughness and his ability to come up clutch in the big spot. There are countless games that Andy Pettite will be remembered in Yankees history, but most recently his performance in Game 6 of the World Series comes to light as he was the winning pitcher that helped seal New York’s World Series title. The 38-year-old lefthander went 240-138 for his career in New York and Houston and 19-10 in the postseason, which accounts for the most wins for any pitcher in October. 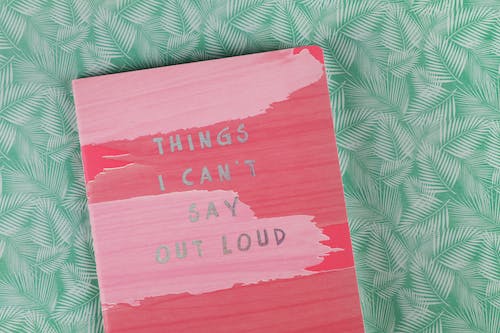 The debate will rage on whether Pettitte belongs in Cooperstown because he never truly was a “dominant” pitcher of his era. That and his admission to taking PEDs.Andy Pettitte joined ESPN New York with the Michael Kay Show to discuss his retirement from baseball, what made him want to retire, how much longer did he think he could have pitched at a high level barring injuries, how is he going to feel on Opening Day of 2011 when he watches the Yankees take the field and realizes he won’t be there and does he have any desire to comeback in the middle of the year if the opportunity presented itself.

I’m a little sad Andy. I wasn’t finished watching you yet?

“Well it’s sad. There’s no doubt about it. I am sad. I’m gonna miss it. There’s no doubt about it, but man I just.. like I said all day I didn’t want to disappoint. If I played I wanted to do it and do it the way that I’ve done it…you know I’ve been here. I just felt…something just didn’t seem right. It just felt like I wasn’t going to be myself. I just didn’t want to go out and try to compete like that.”

Obviously you can still pitch after going 11-3 last year only being stopped by injuries. What made you want to retire? Was it just the drive and desire?

“Yeah like I said it just felt like it started last year at the end of the year. As soon as I got hurt…I mean I was just dying to get back. I mean just itching to get back. I just kept re-injuring that groin and I was out for as long as I was. As I was out I really…I felt like at that time I was starting to lose just a little bit of the itch, the want to be back back out there and pitch. It really concerned me for the playoffs because I was like “Well heck I haven’t pitched in so long. I don’t know if I’m going to be able to turn it up and do what I need to do for us here in the postseason.” Obviously when you get out here and step out on that mound and mentally I know how to get my mind right for you know stuff like that I was able to do it and perform. I just didn’t…it was going to be too difficult I think to go through the season, a full season and try do it and try to compete and grind like I know I have to for a full season. It was a tough decision especially once I told the Yankees [New York] I would start working out and definitely once you know my life Laura was like “Why don’t you try and see if you can do it for another year.” You know you got her [Laura] support. My body was feeling great. I mean I’m ready to go. I’ve been throwing. That was the only way I knew how to do it though and do it right. I needed about 3-4 weeks to train to find out if I could get my body you know back where it needed to be, to help make sure my groin was healthy and stuff like that. I did that. I still know. I still feel like I want to do that. Then I know it’s time, so that’s where we’re at.”

Andy if it was just about the body. How much longer did you think you could pitch at a high level?

“Well I mean I really have no idea. Here’s what I think: I think it might be awfully tough to pitch for a long time in the AL East with the kind of competition there is, but I mean I could pitch for a long time. I mean I know that. I think I told you all before once I had that arm surgery in when I pitched with my velocity at 85 miles per hour or so and had a great year in the National League that year you know I could pitch for a long time. As long as my arm allowed me to throw the ball I could go out there and do it, so you know that was never… I think I said that over the last couple of years that if my elbow stayed healthy I really think now it’s not going to be a matter of physically me feeling like it’s going to be shutting it down. I think it’s just going to be the desire or the desire to just be home. I’m good with it. I’m just ready to be home. I’m ready to see my kids do some stuff and the good part of it is I feel like I’ve lost some of that desire, so it makes it even easier for me to retire you know.”

What’s going to happen on Opening Day of 2011 and you turn on the YES Network and you’re not there? How are you going to handle that? How tough is it going to be?

“I think…I think that…I mean I think that it’s going to be a lot of emotion. I really don’t know how I’m going to deal with it. I think it’ll definitely be in my mind because I’m sitting here talking to you and you’re sitting there saying that. I can still see myself running out on the mound. I can picture myself running out to the mound and that gets me excited, but you know cause I put myself in all of these situations. I can promise you before I made this decision, I gotta have the “want-to” inside of me. Something’s different. Something is not quite there. I just…I felt like I’ve done too well over the last you know 4 years since I’ve been back and I’ve done some good things. There’s a lot of stuff I expect out myself now and I didn’t want to be short of that. I didn’t want to be short of it for the Yankees [New York] or the organization who’s obviously is going be paying me. I didn’t want do it for the fans. I didn’t want to do it for my teammates. I didn’t want to do it for my family because if I wasn’t going to be happy, I was worried about the kind of person I was going to be. I wanna be happy you know.”

If you get a sudden desire to want to come back in the middle of the year will you try to do that if the opportunity presents itself?

“Again today all day that was the question that was asked one-hundred different ways to me. I can tell ya I am not going to play baseball this year. I can guarantee you I will not play this year. I am committed to that and I have no idea how I’m gonna feel this year that I’m not playing. I feel like with all my heart I would have never announced a retirement that I’m done, that I don’t think I have the desire, that I need to play this game again, but if I was miserable all year long and I couldn’t stand it and was just everyday saying “I made the wrong decision. I made the wrong decision.” Like I told the guys sitting there today I would probably be so embarrassed that I wouldn’t try to play again, but I mean I’m man enough to probably come back and say “You know what I thought I was retired, but I guess I was wrong.” I don’t think that’s going to happen. That’s why I guess you never say never, but I can definitely say I know I’m not going to play baseball this year. I have no desire to at all to come in the middle of a season or anything like that. If I was gonna be committed, I want to be committed to this team and do the things that I need to do as far as getting to know the personnel on the team, the new guys on the team, build relationships up with those guys. That was just something I’m not gonna be able to do. It’s something I will not do.”