A season ago, Andrew Bogut was having the best year of his young career, but it all came to an end when he went crashing down in a game against the Phoenix Suns after a breakaway slam. Bogut suffered a dislocated elbow, a broken hand, and a sprained wrist all in the same fall that forced him to miss Milwaukee’s first trip to the playoffs since the season. After an offseason of rehabbing and coming off a playoff appearance, Milwaukee and Bogut were expected to build off last season’s success. Neither has come to fruition. As Bogut struggles to regain his form and fight through the injury, the Bucks are struggling as well. Withgames left, the Bucks are currently and three and a half games back of Indiana for the final playoff spot in the Eastern Conference and Bogut looks like he rushed himself back from injury a bit too soon.Andrew Bogut joined WSSP in Milwaukee with Doug and Mike to talk about the All-Star break coming at the right time, whether or not his arm is percent, if he feels like he came back too soon from his injury, and whether or not he feels Milwaukee can still be a playoff team this season. 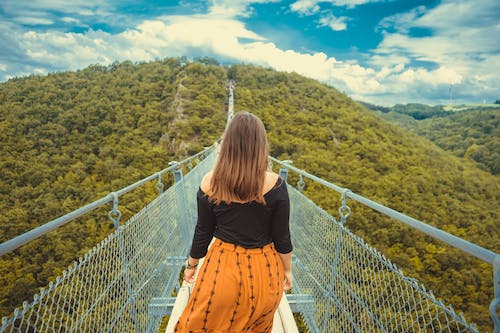 On the timing of the All-Star break:

“It’s coming at the right time. We’ve been struggling so I think the break will do wonders for us. Obviously we will clear our heads first, come back, and try and turn things around.”

How tough it is to guard Blake Griffin:

“He’s really tough. He’s very strong and very quick, and one of the most athletic guys in the NBA. Those three things together and you have your hands full. You have to be aware of lobs, offensive rebound dunks, and so on. As much as the guy guarding him, I mean Luc Richard Mbah Moute did a great job, but our whole team was helping him out and making sure that every time Blake had the ball he had two or three bodies coming at him.”

“Uh tough question but no. Not really. I don’t want to use it as an excuse and I don’t want people to think I’m just saying that because I’m not playing well, but it’s a struggle daily with it. I’m going to re-evaluate things at the end of the season and probably going to have to have another surgery once the season is over.”

Whether or not he feels he came back from injury too soon:

There’s no doubt about that. I didn’t shoot a ball the whole summer and I went back to Milwaukee and I didn’t really work out with a ball as far as shooting. I was in shape but I didn’t work out. I went back early in September and I was already playing five on five, which was pretty stupid of me but I wanted to get back on the floor and make training camp. It’s one of those things where it’s a tough situation and in hindsight would I do it again like that? Probably not just because now I’m struggling to just play out the season with the amount of pain and fluid in my elbow. It’s one of those things where you want to come back and play, you love playing basketball, and I was thankful to just have the opportunity to play basketball after the injury, but I guess in the future I will be a little more smarter.”

If he believes the Bucks can still be a playoff team:

“We think that wins will get a playoff spot in the East. Looking at our schedule, we think we can get 16 or 17 wins we have a chance to make the playoffs. We’re not out by any means. We definitely don’t want it to get to a point where just say there are 15 games left and we have to win 14. That’s never a situation you want to be in. If we’re going to make our run we’re going to do it right out of the gates after the All-Star break and go on a little win streak and see where it takes us.”