Amar’e Stoudemire Believes Players Could Start Their Own League, Confident in Solidarity: “We can go years man.”

Apparently New York Knicks star Amar’e Stoudemire never took a hard look at playing basketball overseas. However, many of his colleagues have and continue to do just that. In fact, Stoudemire think if so many players are thinking about that as an alternative to the NBA, players should put their collective minds together and simply start a new league of their own. To fans, that certainly doesn’t sound like a terrible idea now that the NBA has announced that the first two weeks of the season have been cancelled. It doesn’t really appear like an end is in sight at the moment either, and Stoudemire says the players have been preparing for the lockout and can go years without receiving a paycheck.Amar’e Stoudemire joined ESPN Radio with Scott Van Pelt and Ryen Russillo to discuss the mood of the players after hearing that the first two weeks of the NBA season had been cancelled, if the charity pickup games have been fun, why the players are unified enough to stick together during the lockout, the proposals that have been discussed, why he didn’t really consider going overseas, the Knicks’ expectations if there is a season and how long the players can last without getting paid. 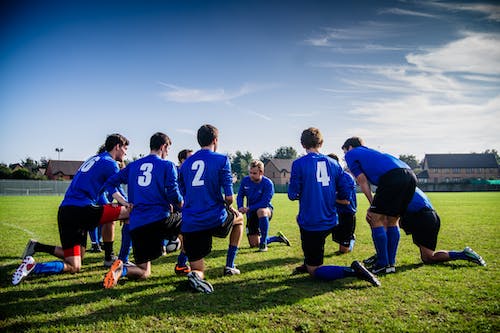 What’s the mood among players now that it’s been announced that the first two weeks of the season are cancelled?:

“Aw man, we want to play. We really want to play, like now. You have players trying to put these charity games together to create this competition and continue to play.”

Has that been fun?:

“It’s been great; we have a blast playing. But it’s nothing like playing NBA basketball when you’re trying to win a championship. Hopefully we can get something done shortly.”

Do you feel that the players are unified enough that you will stick to your demands despite wanting to play?:

“Without question. We’re solid with where we stand. We just feel sorry for the fans. They want to see us play. They’re so hyped about the upcoming season. I know the New York fans are extremely ecstatic about Carmelo and myself this year, so it’s kind of a tough thing to swallow.”

Were the players offered a 50-50 split of revenue by the owners?:

“I wasn’t there for that last meeting, so I don’t quite know the details of the last meeting. The meeting I was at, it was a 50-50 deal but they also mentioned a few things kind of in a different terminology. We went back through the numbers and it was really a 47 percent deal. So it was kind of playing games with us a little bit. I think, after that, from what I understand, they came back with a 50-50.”

There were some reports that Dwyane Wade got upset during these meetings. What about that?:

“Meetings, when it comes down to negotiating, there’s so much that goes into it. You could get a little upset on both ends. … Both sides are professional about the situation that we should get something done.”

How close did you come to signing with a foreign team?:

If and when the NBA season gets under way, what are the expectations for the Knicks?:

“I mean, our goal is to win a championship. That’s the ultimate goal; that’s what I’m striving for. I need a championship before I hang [these shoes] up.”

How long do you think players can go without getting paychecks?:

“We can go years man. We’ve been preparing ourselves for this lockout for three years now. … It’s humbling in a way for you to be able to humble yourself and really learn how to budget and spend your money. A lot of times when you’re bringing in a certain amount of income, you spend out of your means. I think now it’s going to humble the guys to understand it’s very important to save, very important to budget.”