It’s not very often that a team that comes so close to advancing to the NBA Finals gets a complete makeover in the offseason. However, that is exactly what happened with the Western Conference runners up this summer. Not only did the Phoenix Suns completely remake their roster, but the front office also underwent a makeover. After Steve Kerr left the organization to move back to the broadcast chair, the Suns needed to replace him. Phoenix brought in Lon Babby to and Lance Blanks to solidify the front office.On the court, the Suns are going to look completely different as well. It’s going to be extremely tough for the Suns to compete with the elite teams in the West seeing as their best scorer from last year is now in New York playing for the Knicks. Amar’e Stoudemire’s departure led to a lot of changes with the roster and the Suns have done their best to fill in the gaps. The additions of Josh Childress, Hedo Turkoglu, and Hakim Warrick won’t make people in the desert completely forget about the lack of Amar’e, but those additions should help keep the Suns in the Western Conference playoff picture.Alvin Gentry joined XTRA 910 in Phoenix with Bickley and MJ to talk about how the new faces on the team will fit in on the roster, how much motivation they have given the fact that many people are overlooking them in the Western Conference, how important chemistry is in the NBA, how much the addition of Hedo Turkoglu will help, what he talked to Turkoglu about before decided to bring him to Phoenix, and what he thinks of the new additions to the front office. 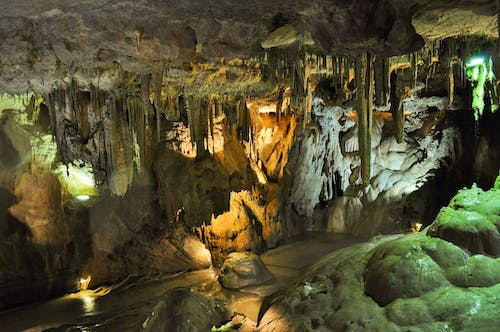 On the new additions and how they fit on the roster:

“First of all, I look at the guys that we signed and I think they’re going to fit in just fine. You never know. I tell everyone, chemistry is such a strange thing. Everyone talks about the three guys in Miami and they’re great players believe me and they’re tremendous athletes, but they’re still going to have to come together from a chemistry standpoint in order to be great and win a championship. In our case we’re going to have to do that because we’re going to be a small team, there are going to be rebounding situations, there’s going to be rotation situations because we’re about ten or eleven guys deep. So all of that is going to play into it. As we go into the season and into training camp those are the things that are going to be on our mind.”

On whether or not he is going to use the motivation of being overlooked this year with his team:

“Of course. Last year they picked us anywhere from seventh to ninth or tenth anyway. I tell guys right at the start of the year it doesn’t really matter until the end of the season. Either you’re in the playoffs or you’re not. If you’re not than they were right and if you’re in then we can go na-na-na-na poo-poo.”

On how the addition of Hedo Turkoglu will help the team:

“I think for Hedo to have Steve Nash out there and for Steve Nash to have Hedo out there, you’re talking about a guy, he really is a facilitator Hedo is and we will put the ball in his hands. For the first time since I’ve been here we can use Steve as an off the ball shooter which he is great at. Probably one of the top five shooters in the league, but we just never had the opportunity to put him in that position.”

On the change in the front office:

“One thing is I’ve known Lance for 20 years. Known him as a player and gotten to know him as he’s moved up the management ladder in the NBA. I think he’s a very bright guy and will do a really good job. Lon I’ve known for 15 or 16 years and a lot of it has to do with his relationship with Grant Hill. Lon and I got to be extremely close when I was in Detroit and both those guys are very effective, efficient workers. I think they’ll do a good job. I think they’ll be willing to listen and I think they’ll learn and they’ll do extremely well because success seems to follow them wherever they go.”