Alexander Ovechkin is widely considered the best hockey player in the world and is the face of the NHL, but you may have already known that from his dazzling highlight reels and habitual lamp lighting.  What separates him from other greats like Sidney Crosby is his ability to fire over 400 shots in a season, and still boast a healthy shot percentage.  In Washington, Ovechkin is also surrounded by an unselfish supporting cast, most notably Alexander Semin.  In a contract year, Semin is having an unbelievable season and is on pace to score 50+ goals and 100+ points.  That’s not bad for a player that has never scored over 40 goals and over 84 points in a season.  Having a quality supporting cast with players like Semin have helped Ovechkin routinely deliver 50-goal seasons.  As an added bonus, Ovechkin has shown an increase in penalty minutes in three successive seasons, and so far this season he has shown that he has learned to pass the puck.  It’s no wonder the Capitals are in first place and lead the NHL in points.Alex Ovechkin joined 106.7 the Fan in DC to talk about what he attributes the Capitals recent success to, his thoughts on the way that Alex Semin has been playing and whether he thinks Alex Semin will be with the team next year, and what he attributes the improved play of the team’s penalty-kill unit to. 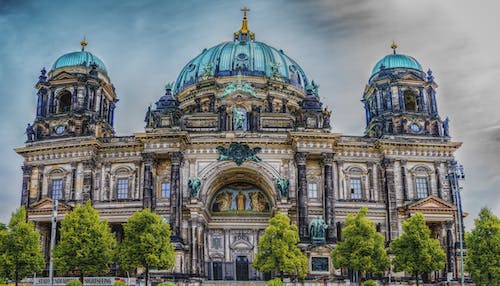 What he attributes the Capitals recent success to:

“Oh yeah we’re playing good right now, but it’s not good, the most important thing is to win.  I think we have more time to realize how we have to play in the future and I think we’re going to play better and going to win easier.”

His thoughts on the way that Alex Semin has been playing and whether he thinks Alex Semin will be with the team next year:

“Well I think he’s played great and I think he’s played the same way that he played last year and he always has a good start all the time.  He scores lots of goals, he helps out team but sometimes he gets hurt and sometimes something happens.  So I hope this year he plays the same level like he played well…  I hope he is going to stay for next year in Washington.”

What makes this season different from last season:

“Well I think starting out this year we want to play in the playoffs and I want to bring the Cup home and it is pretty hard.  We’ll learn lessons from last year and a couple of years ago.  I think we have again experience, whether it is bad or good we still have experience and we know how we have to play if we get a lead like 3-1 or like 3-2 lead, still have lead and we just have to play and I think everybody waits until the playoffs and all teams I think all the time can’t wait for these playoffs coming.”

Why is that he hasn’t been taking as many shots on goal as he normally does:

“I don’t know.  Lots of shots are made blocking, so I try and find Semin most of the time.  I don’t know.  I don’t think something happened with my wrist shot or something but most important thing is we got results and we win the game and I assume that is going to get some points and I know everybody wants to be perfect and I know everybody wants to be seeing me playing best goal right now but that is the way.  Mistakes sometimes and we have a long season.”

What he attributes the improved play of the team’s penalty-kill unit to:

“I think coaching staff do an unbelievable job.  I think, he has talked to the guys and he has changed the system for penalty kill and you can see how we play right now and I think if he take some penalties right now guys respond like how we have to play and sometimes penalty kill can win the game and it’s the most important time for us to kill a penalty like we killed in Buffalo like we have four minutes penalty at the end of the game the guys do an unbelievable job blocking shots and keep out of the neutral zone.  It’s good.”