While Tim Tebow gets the distinction of a guy who just simply wins, other quarterbacks around the league are still getting labeled as game managers. Consider San Francisco’s Alex Smith to be in that group, despite the fact that he’s now led his team to the NFC West crown. The 49ers clinched that in Week 13 and now have a few weeks to fine tune their systems and hopefully get as healthy as possible prior to the playoffs.Smith certainly hasn’t put up the numbers to join the ranks of the elite quarterbacks in the NFL. He has, however, completed more than 63 percent of his passes for nearly 2,400 yards with 15 touchdowns and just five interceptions. Tebow’s not the only quarterback that’s just been simply winning this year.Alex Smith joined 95.7 The Game in San Francisco with The Drive to discuss clinching the division at this point, his expectations when he signed to stay in San Francisco, being labeled a game manager, why he’s capable of winning a Super Bowl, developing chemistry with his receivers, his relationship with Michael Crabtree and his upcoming free agency. 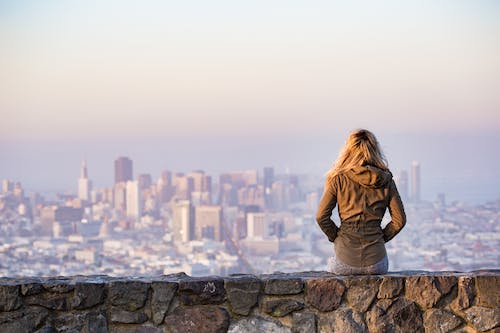 What does it feel like to have clinched the division after all you’ve gone through?:

“It is great, but you know, still, at 10-2, with four games left, it’s still a little surreal I guess. We’ve still got a lot of important footbal ahead of us. But no question it’s great and we had a lot of fun [Sunday] after the game.”

Is this kind of what you expected when you signed to stay on in San Francisco?:

“I knew this division and I knew the talent that this team had. I knew the division was always a possibility and definitely achievable. I’d be lying if I said I foresaw us getting on the run that we’ve been on. … I didn’t think at Week 12 we’d be sitting at 10-2 and clinched the division already and still obviously with the chance to clinch some other things ahead of us. I couldn’t say I called it going like this.”

Why is it that you’re still labeled a game manager when you’re 10-2?:

“I don’t know. I think there’s a couple things I’ll point to. We’re winning as a team. Defense obviously is playing light’s out like they have all season. They’re putting up shutouts. … And then on offense, we’re very balanced, run and pass, and we mix it up a lot. And we take a lot of pride in that. So much, especially this year, is being made of, if you’re a quarterback that doesn’t put up 300 yards a game and put up the monster stats, then you’re kind of seen as that. … Whatever. It’s understandable. It’s certainly not something that I’m paying attention to.”

Are you a quarterback capable of winning the Super Bowl?:

How has the chemistry developed between you and the other receivers?:

“We’ve just continued to work. We’ve got such a hard-working group, especially in the perimeter unit. Obviously full of playmakers, a ton of ability and guys that are hungry and just continue to work. … I will say, I think Michael Crabtree is playing the best football he’s played in his career. He’s playing at an elite level right now.”

It seemed like there had been some friction between you and Crabtree in the past. Has that been put to rest?:

“No question. Obviously in the last couple years, losing does that. Losing creates tension and competition and things like that. Obviously we had our fair share of that the past couple years. But Michael and I have always gotten along well, personally. … I’m just happy for him. He’s just a guy that’s always worked hard, always put in the time.”

How important is it to you to sign another contract and stay in San Francisco?:

“I’m loving what I’m doing right now. I love going to work every single day with the group we have, players and coaches. But once again, it kind of goes back to the whole thing of winning the division. We still have four games left, so much ahead of us. Really, all the stuff will take care of itself in the offseason. … Right now I’m focused on winning games.”